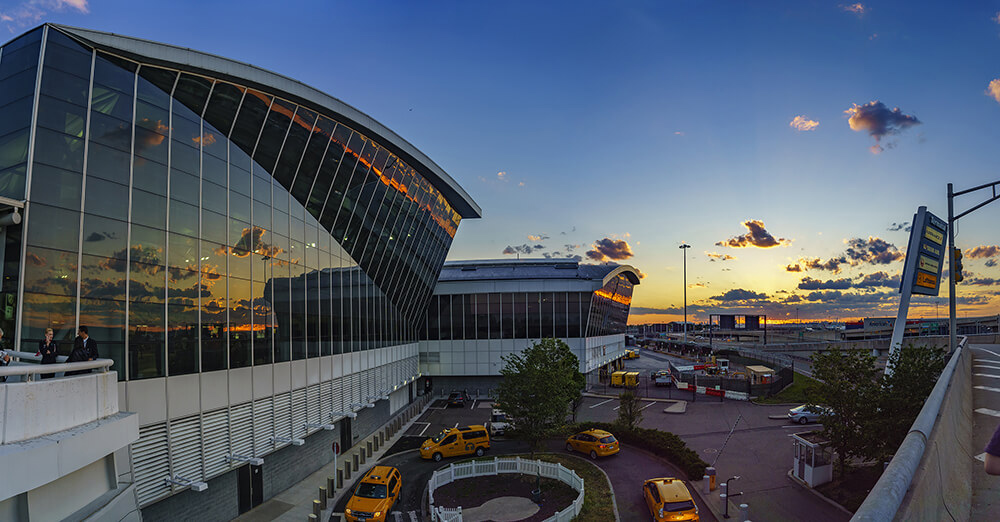 New York’s JFK airport was ranked at 86th place worldwide. In general U.S. airports did not do well in the ratings. Photo Credit: Shutterstock

How do New York’s airports rank in comparison with other airports? The 2019 annual international airport ratings have been released by AirHelp, an organization that specializes in air traveler rights and pursues compensation in cases of delays or cancellations. As reported by Bloomberg News, NYC’s local airports did not fare well in the rankings of 132 airports around the world. Newark Liberty Airport in NJ was ranked close to the bottom of the barrel at 116th place. New York’s JFK airport was ranked at 86th place worldwide. In general U.S. airports did not do well in the ratings. The best ranked airport in the U.S. was Hartsfield-Jackson Atlanta International Airport, which took 34th place.

Of course, this news should not come as a shock to anyone. Year after year, the NY Airports are consistently ranked lower other airports around the country and worse than others across the globe. “Newark is traditionally one of the worst performing airports in the country and one that travelers avoid because of the delays there,” says Scott Mayerowitz, Executive Editorial Director of the Points Guy travel website.

In all fairness, though, a major reason that U.S. airports fair so poorly in the rankings is weather-related delays, explains Henrik Zillmer, AirHelp’s Chief Executive Officer. He says locations with sunny weather have a great lead in the ranking, as they will barely suffer from storm or snow related delays. This is a big advantage for European airports, compared with American ones. However, the quality of service in the U.S. airports also trails behind. He says long security lines are one of the frequently cited problems. AirHelp’s top ranked airports are Doha’s Hamad International Airport, Tokyo Haneda International Airport, and Athens International Airport, which have consistently held the top spots since 2015, when the ratings first began.

The airports’ ratings are primarily based (60 percent) on timely performance. The remaining score is divided (20 percent each) between service quality, and food /shopping options. AirHelp gathers data from multiple commercial vendors, along with its own database, and from surveys collected from 40,000 passengers in 40 countries during 2018.

AirHelp also had access to data regarding 72 airlines, rating the airline companies as well. The rankings were judged for on-time performance, service quality, and claim processing, with each of the three categories weighed equally. Qatar Airways was ranked as the top airline, for the second year in a row. American Airlines jumped to second place, having been ranked 23rd last year. It was followed by Aeromexico, SAS Scandinavian Airlines, and Qantas rounding out the top five. United Airlines Inc. and Delta Air Lines Inc. also saw improvements in their ratings, ranking 16th and 17th place respectively in 2018. The worst ranked airlines included in the list were: Ryanair, Korean Air, Kuwait Airways, and the U.K.’s EasyJet and Thomas Cook Airlines.