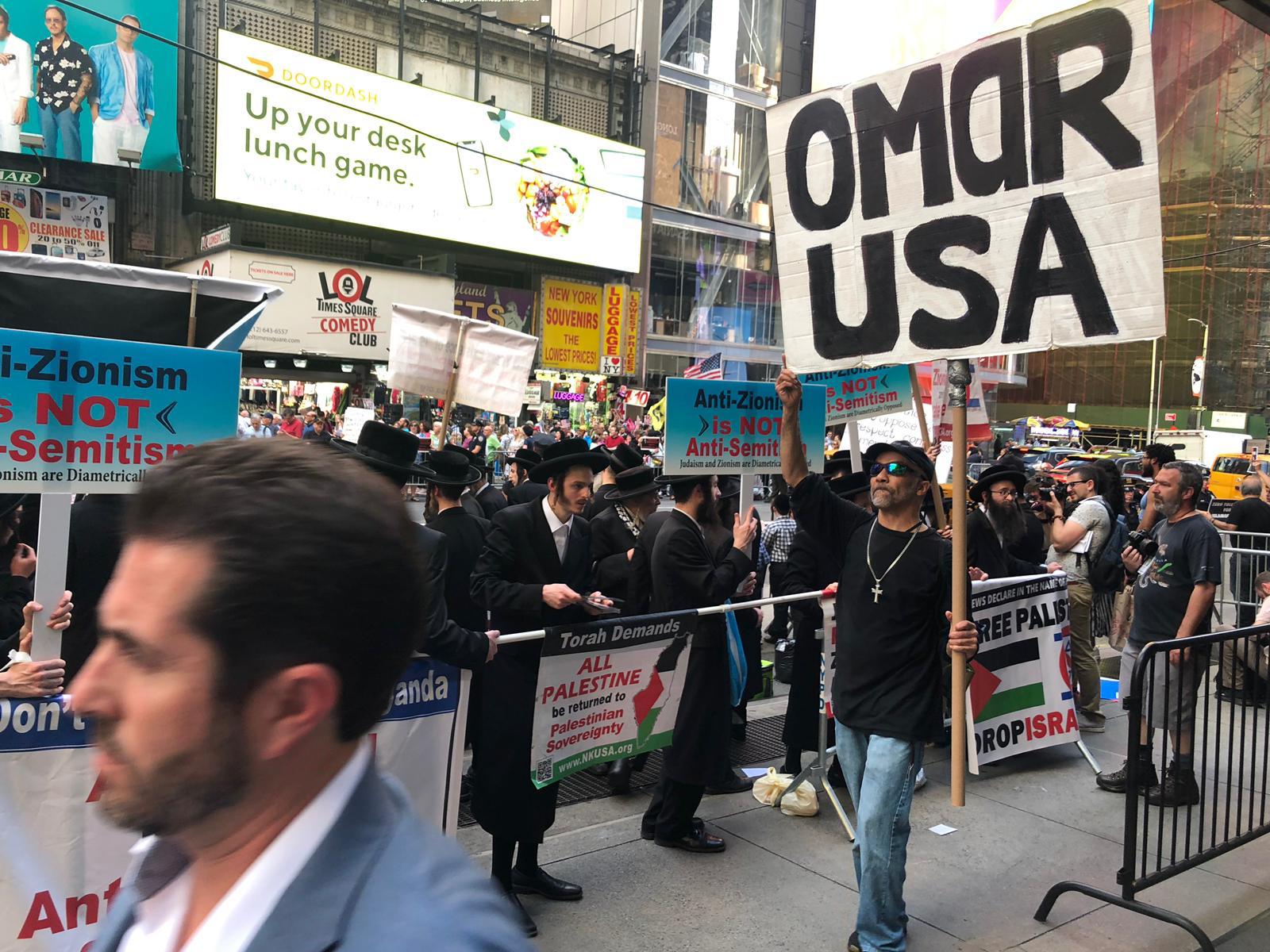 The anti-Zionist provocateurs from the Neturei Karta movement counter demonstrating at the Times Square rally. The regularly support any prominent personality that denigrates the legitimacy of the modern state of Israel

A rally and press conference followed by a billboard launch took` place on Monday afternoon at Times Square in New York City demanding the removal of Congresswoman Ilhan Omar (D-MN) from the House Foreign Affairs Committee, citing anti-Semitism and an anti-Israel, pro-Islamist agenda.

According to a report on the United With Israel web site, many Americans have been shocked by comments she has made over the years that attacked Israel, included anti-Semitic tropes and questioned her loyalty to the United States of America.

In demanding her removal, the rally organizers cite her “gross anti-Semitism” and “cavalier dismissal” of the victims of 9/11, as well as her “blaming the criminal socialist debacle and collapse of Venezuela on America,” her “specious accusations against dedicated US officials, and her disdain for America, which saved her from Islamist terror in Somalia.”

When a Jew doesn’t know its history, history repeats itself! #CurtisSliwa #ilhanomar

Also that month, in an attack on the  American Israel Public Affairs Committee (AIPAC), she tweeted, “It’s all about the Benjamins baby,” a reference to the $100 bill featuring Benjamin Franklin.

In an interview in January with CNN’s Christiane Amanpour, the Somali-American congresswoman, an active supporter of the anti-Israel Boycott, Divestment and Sanctions (BDS) movement, defended a 2012 tweet in which she said that “Israel has hypnotized the world, may Allah awaken the people and help them see the evil doings of Israel.” 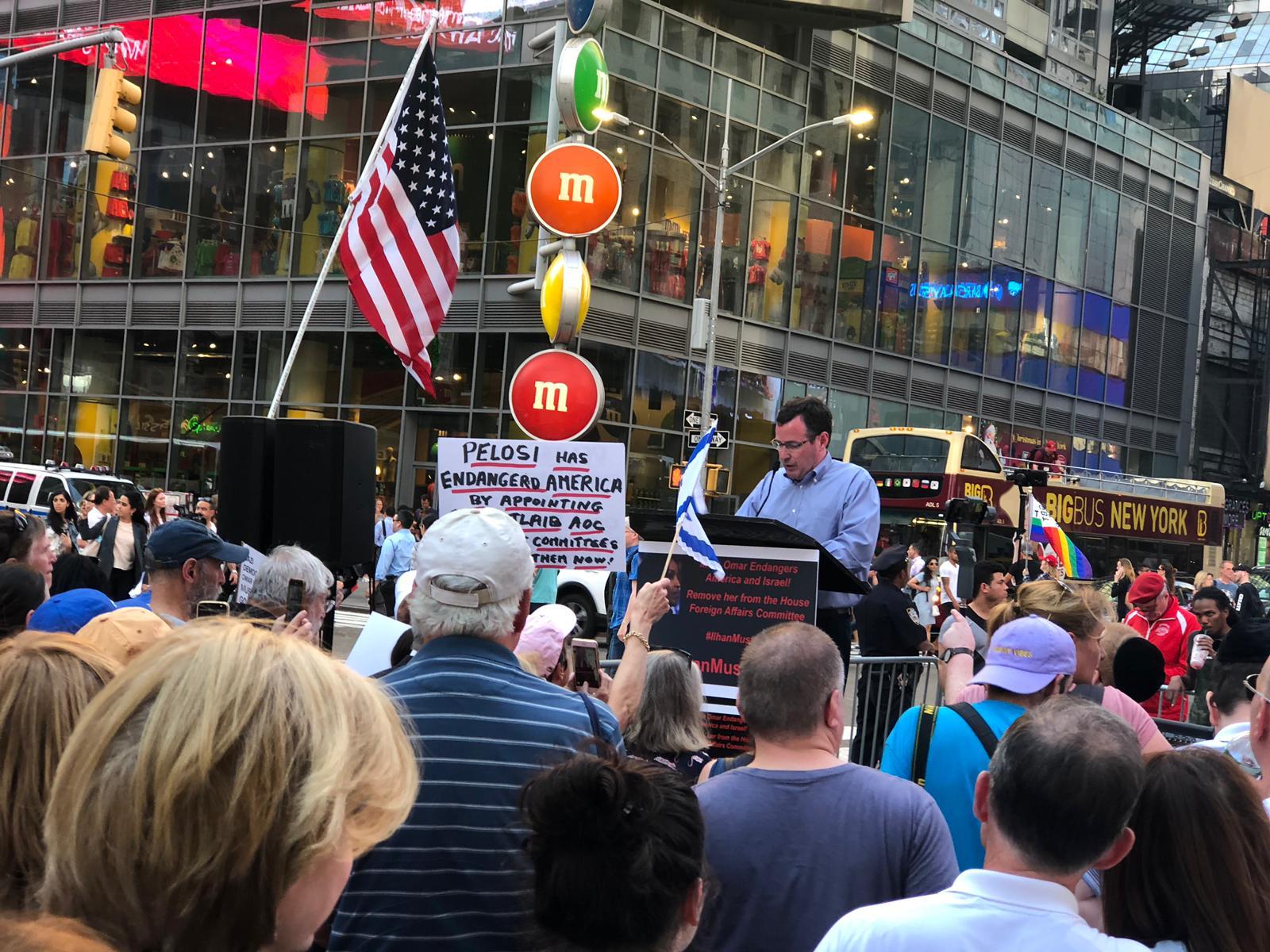 Another speaker at the Times Square rally 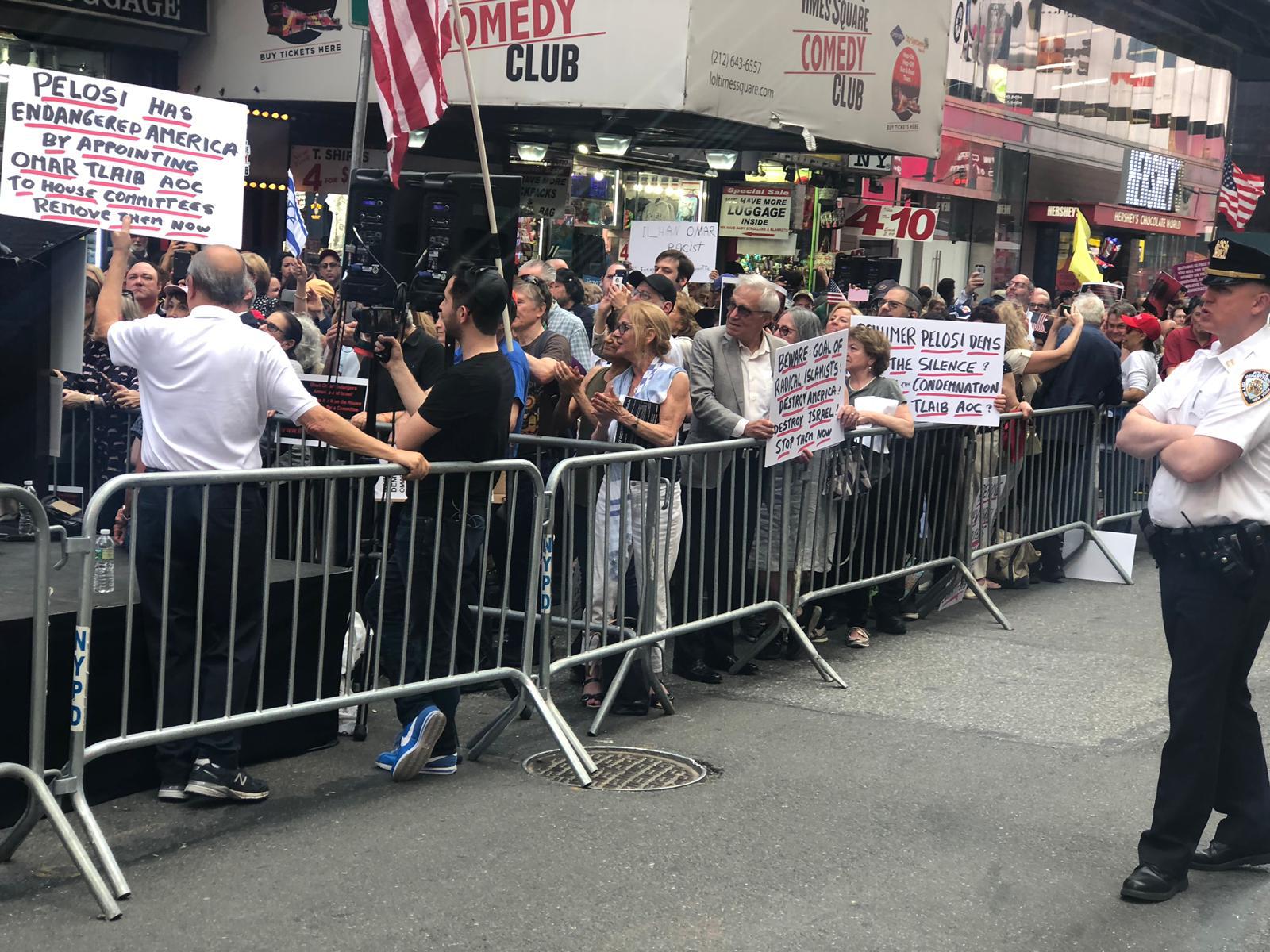 Demonstration at Times Square; asking for the ouster of Rep. Ilhan Omar from Congress 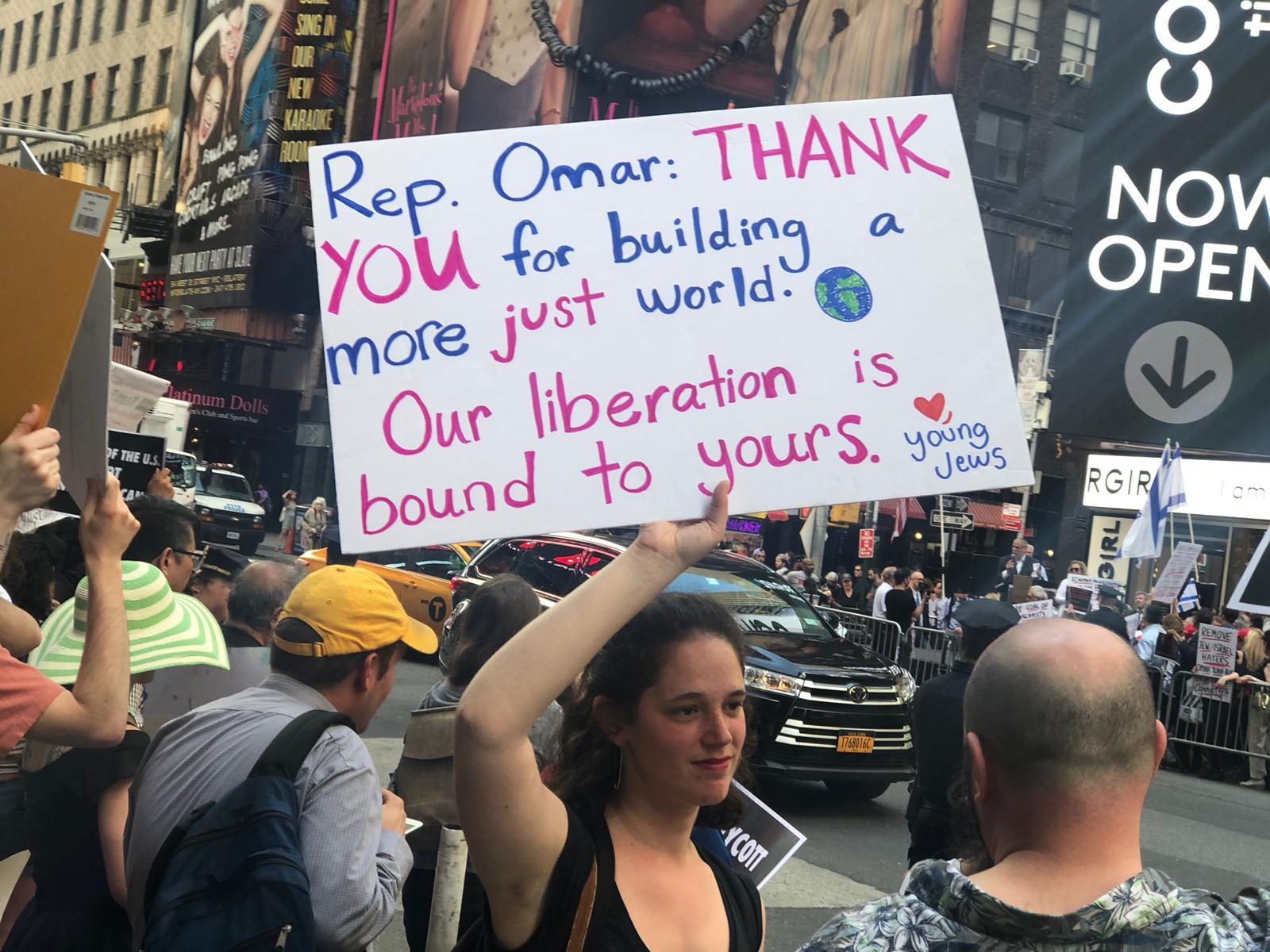 Omar blamed Israel for the round of airstrikes in which Hamas and Islamic Jihad shot some 700 rockets into the Jewish state earlier this month, killing four and wounding dozens, with Israel hitting over 350 Gazan targets in return.

Several hundred people gathered for the rally and billboard launch in Times Square, as one speaker after another cited the existential danger in the vitriolic Jew hating and Israel bashing rhetoric that is routinely spewed for by Rep Omar.

One of the speakers was Guardian Angels founder, Curtis Sliwa, who said that “if Jews do not learn from their past, they are doomed to repeat it” as he made an oblique reference to the years of anti-Semitism that preceded the Holocaust.

One of the organizers of the rally was Helen Freedman, the long time chairwoman of Americans for a Safe Israel. AFSI brought powerful protest signs and urged demonstrators to spread the word about the danger of Omar to their family members, friends, co-workers and neighbors as a campaign is built to spotlight Jew hatred across the country.