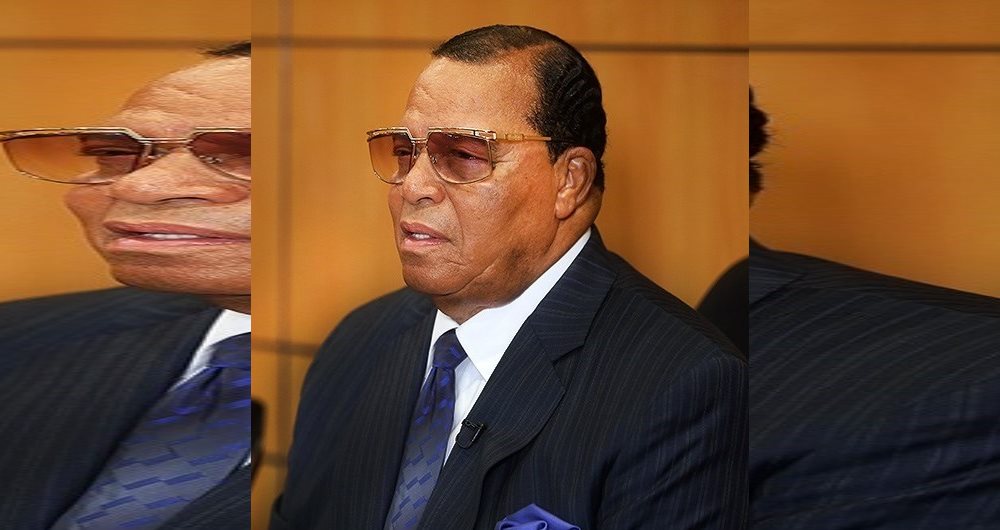 Nation of Islam leader Louis Farrakhan spoke at a Catholic church in Chicago Thursday night, decrying social media outlets for banning his account, while denying accusations of anti-Semitism and racism.

Farrakhan was invited to speak at the St. Sabina Church in Chicago by the congregation’s controversial spiritual leader, Michael Pfleger.

Pfleger, who has in the past invited controversial figures in the past, including Al Sharpton and Jeremiah Wright, offered Farrakhan an opportunity to speak out at St. Sabina a week after Facebook and its subsidiary, Instagram, banned the Nation of Islam leader.

During his roughly hour-and-a-half address at St. Sabina, Farrakhan denied having ever used hateful or bigoted rhetoric, despite a long history of racist, anti-Semitic, homophobic, and black supremacist comments.

“I have not said one word of hate. I do not hate Jewish people. Not one that is with me has ever committed a crime against the Jewish people, black people, white people. As long as you don’t attack us, we won’t bother you.”

“The enemy is so hateful of me. I have never been arrested. No drunken driving. What have I done that you hate me like that?”

Farrakhan again referenced “Satanic Jews”, a phrase he has used for decades, drawing nationwide criticism, but said he did not believe all Jews fell into this category.

“I’m here to separate the good Jews from the Satanic Jews.”

Pfleger, who introduced Farrakhan at the event, said he had received a wave of hate mail and angry phone calls over his decision to host Farrakhan, going on to call the Nation of Islam leader a “bold voice against injustice done against black people”.

“This past week, I have been cursed at, received an overwhelming amount of hate calls, emails, hateful Facebook postings. It is interesting to me that those who accuse him of hate have been so hateful this past week. Oh, the hypocrisy.”

The 85-year-old Farrakhan has sparked numerous controversies since the 1980s, drawing criticism for his attacks on Jews, whites, and homosexuals.

In 1984, Farrakhan was unanimously censured by the Senate after he called Judaism a “gutter religion”, while comparing himself to Adolf Hitler.

Over the years, Farrakhan has blamed Jews for the trans-Atlantic slave trade and American slavery, accused American Jews of being part of the “Synagogue of Satan”, compared Jews to termites, warned of the eventual annihilation of whites, claimed that white people were artificially created by a mad scientist and calling them only “potential humans”, accused “the Jews” of helping Adolf Hitler “get the Third Reich on the road”.

“Rabbis and historians have given to us an undeniable record of Jewish anti-Black behavior, starting with the horror of the trans-Atlantic slave trade, plantation slavery, Jim Crow, sharecropping, the labor movement of the North and South, the unions and the misuse of our people that continues to this very moment,” Farrakhan said in 2010.

In 1990, Farrakhan claimed “the Jews got a stranglehold on the Congress”. Six years later, he called American Jews the “wicked deceivers of the American people,” saying Jews have “sucked their blood” and “wrapped your tentacles around the US government.”

Last year, he called the Talmud “filthy, so filthy,” and “ugly”, while deriding Jews as “Satanic people”.

Farrakhan also blamed Jews for homosexuality, and claimed that white people were unnatural and that the white race would be coming to “an end”.

Earlier this year Farrakhan led a chant of “Death to Israel, Death to America” during a visit to Tehran.

“I’m not an anti-Semite. I’m anti-termite,” the Nation of Islam leader said. (INN)