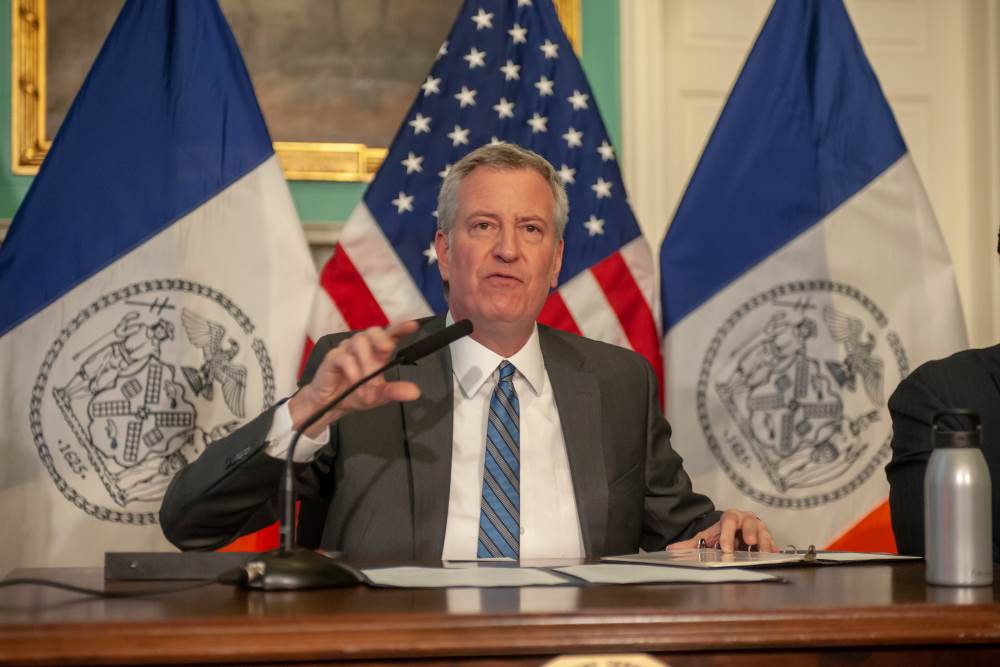 A source has reportedly told the Daily News that DeBlasio’s official announcement could come as early as Wednesday, which is also the major’s 58th birthday. A second source is said to have shared that the announcement was originally planned for last week. Photo Credit: Shutterstock

Rumor has it that New York Mayor Bill de Blasio will be announcing his intention to be the president of the United States this week.

A source has reportedly told the Daily News that the official announcement could come as early as Wednesday, which is also the major’s 58th birthday. A second source is said to have shared that the announcement was originally planned for last week.

de Blasio has tried to generate buzz by paying visits to first primary states like Iowa, New Hampshire, South Carolina and Nevada. If the rumors are true, it would make de Blasio the 23rd Democratic candidate – no, really — to throw a hat into the ring.

The Associated Press has already reported that the mayor said he would make a final decision on whether to run “in the month of May.” His office has remained mum.

Some have questions whether the mayor could earn a spot on the state for the Democratic debates. “The debates are important, there’s a lot of other factors in how … a campaign of this importance emerges,” he said on WNYC’s “The Brian Lehrer Show.” To qualify for the 12 scheduled Democratic primary debates, The Hill said, candidates must receive at least 1 percent support in at least three separate polls recognized by the Democratic National Committee (DNC) or receive campaign contributions from at least 65,000 unique donors. The DNC has said that it will prioritize candidates who meet both thresholds if more than 20 contenders qualify for the debates.”

de Blasio was embarrassed in April when a Quinnipiac University poll showed that a whopping 76 percent of New York City residents think he should not run for president.

“De Blasio has cast himself as a progressive during his tenure as mayor, railing against income inequality, touting the benefits of the Green New Deal and feuding with New York’s centrist governor Andrew Cuomo,” The Hill noted.

“It’s unclear exactly what the potential Johnny-come-lately candidate expects to find in Iowa, given that every poll out of the state has him at 0 percent (or not even listed), while high-profile progressives like Bernie Sanders and Elizabeth Warren already occupy his hypothetical lane,” Vanity Fair recently suggested. “Moreover, it’s unclear where de Blasio is getting the idea he should enter the crowded race in the first place, considering absolutely no one seems to want him there. Of nearly three-dozen allies and advisers surveyed by Politico in March, only two said he should run, while the rest considered the idea to be, as one adviser put it, “f-ing insane.” A Monmouth poll found that, of every single Democratic candidate, both declared and undeclared, de Blasio was the only one with a net negative favorability rating.