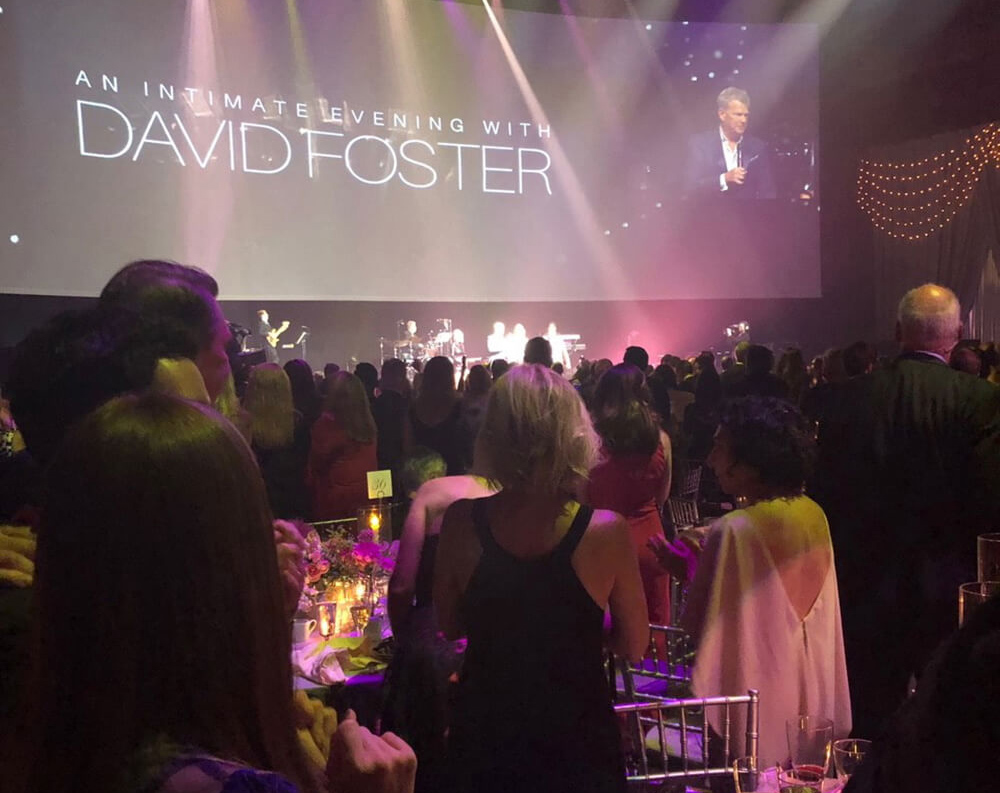 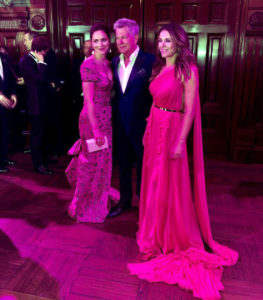 The Breast Cancer Research Foundation (BCRF) held its annual gala at the Park Avenue Armory with the $2,500 per ticket selling out weeks in advance. At 6:30 PM the red carpet filled up with luminaries such as Elizabeth Hurley, Carolyn Murphy and Tommy and Dee Hilfiger with a contemporaneous cocktail hour occurring in an adjacent room.

BCRF is a nonprofit organization committed to preventing and finding a cure for breast cancer by funding cancer research. It was founded in 1993 by Evelyn Lauder, whose husband Leonard has since contributed millions of dollars to help fight the battle his wife lost in November 2011. To date they have raised more than a half-a-billion dollars with the allocation of $63 million in grants for this past year alone. The signature pink ribbon associated with the organization has become synonymous with the movement and was created in 1992 by Lauder and her friend Alexandra Penney, the former editor of Self magazine. 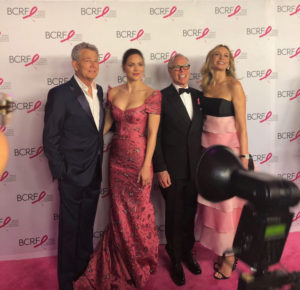 Tonight, a pink ribbon was distributed to guests and many attendees wore pink attire with one man showing extreme solidarity by donning a pink mohawk. A “Founder’s Fund” has recently been established which is the first large-scale global effort seeking to delve into the biology of metastasis, with more than $30 million earmarked to date. The organization has made incredible strides in research; nonetheless, an estimated 42,260 people will die of breast cancer this year with 480 of those being men. The promising news is that the 5-year, 10-year and 15-year survival rates for women are 91%, 86% and 80% respectively. 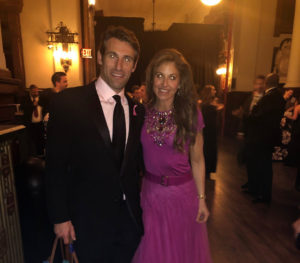 Breast cancer still remains the second leading cause of cancer death in women, with lung cancer the first, and it is a uniquely female experience that bonds women of all ages and demographics. A new study being presented at the annual “American Society of Clinical Oncology” meeting next month has determined that a low fat diet containing 20% fat and increased consumption of fruits, vegetables and grains can reduce the long term rate of mortality in women diagnosed with breast cancer by 21%-hopeful statistics to say the least. The evening’s dinner wasn’t perfectly aligned with the recommendations of the Cancer Society but nonetheless guests enjoyed the plentiful desserts with a healthy vegetarian option readily available. 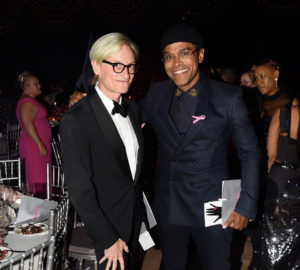 There were some notable attendees who were still recovering from the Met Gala including Hamish Bowles, and Vera Wang. Bowles who dyed his hair a white-blonde was a standout in a Margiela getup at the Met Gala while tonight he went for a more classic black tuxedo. Wang, on the other hand, who will soon turn 70, gave the photographers an eyeful as she arrived in a floor length sheer off-white gown-hats off to Wang who flouted age appropriateness and looked sultry and sexy while doing so. Deborah Norville, was a bit more demure but equally stunning in a pink gown and spoke of her recent thyroid cancer diagnosis as her loving husband Karl Wellner stood nearby. Norville is an unmistakable warrior whose immense strength is accompanied by minimal fanfare and abundant kindness. 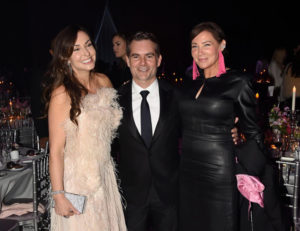 There were also some financial heavyweights in the crowd including Jonathan and Lizzie Tisch, Leonard and Judy Lauder, Jill and Harry Kargman, and Jeff and Ingrid Gordon. If you are a fan of musical genius David Foster then you were in luck because he put on a nearly one-hour show which featured Kenny G and Josh Groban via satellite and Pia Toscano and Katherine McPhee live. Foster is a consummate entertainer and called out singer Maxwell who gave a moving impromptu performance that paid homage to women who suffer from the dreaded disease by asking them to stand up. 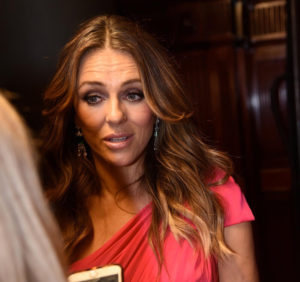 Foster loves to joke about his four marriages and took tremendous pride in his fiancee, Katharine McPhee’s, rendition of a song from the hit Broadway show “Waitress.” Elton John who used to perform at this show announced, via video, a $50,000 pledge-with all his retirement concerts I thought he might spring a little more. However, the numerous private and public auctions held ensured that more than $5 million was raised and guests headed home at 10:30 PM with a goody bag containing Estee Lauder skin creams, carb-filled energy beans and a pair of demure earrings. 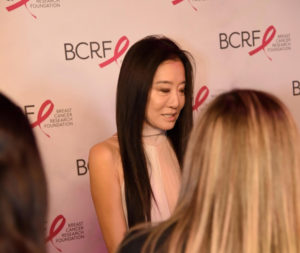