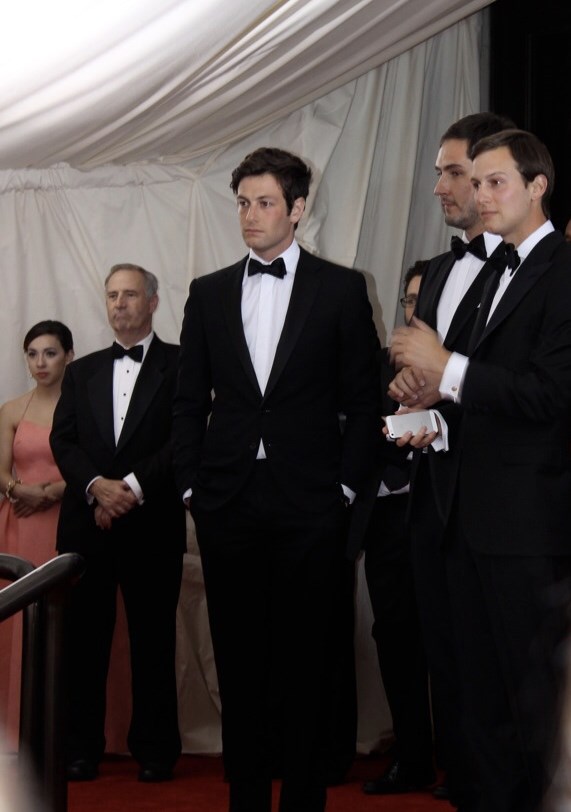 Everybody knows the first Monday in May is when New York gets taken over by hundreds of celebrities in what is referred to as “the Oscars of the East Coast” or the Costume Institute Gala.

This annual extravaganza is so massive that dozens of blocks get cordoned off and hundreds of make-up artists and stylists get flown from Los Angeles to help their clients one-up each other in the high stakes celebrity fashion game.

It also marks the opening of the annual fashion exhibit at the Metropolitan Museum of Art.  The first gala in 1948 cost $50 a ticket and was organized by fashion publicist Eleanor Lambert in venues such as the Waldorf, Central Park and the Rainbow Room.

In 1972 Vogue editor-in-chief Diana Vreeland took over and morphed it into a more celebrity-oriented affair with guests Andy Warhol, Diana Ross and Cher fraternizing with the high society of New York.  It was during that year that the Gala’s permanent residence became the Metropolitan Museum of Art.  In 1995 the “Queen Bee” of Vogue, Anna Wintour, took over and made it the over-the-top event it is today.  Not only do tickets start at $30,000 with tables going for $300,000, but Empress Wintour, who will most likely be wearing Chanel, has to approve you for the guest list. 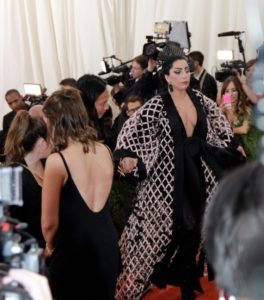 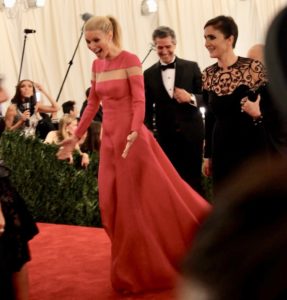 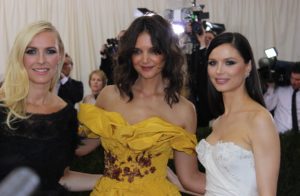 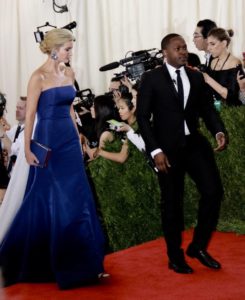 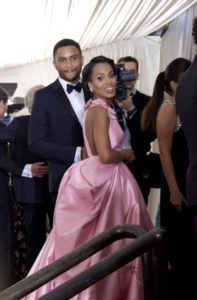 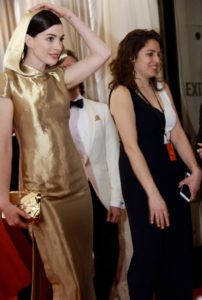 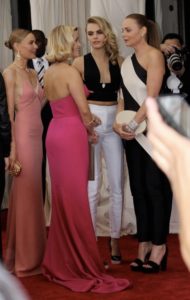 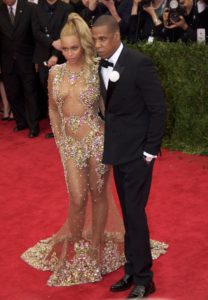 Beyoncé and JayZ photo by Lieba 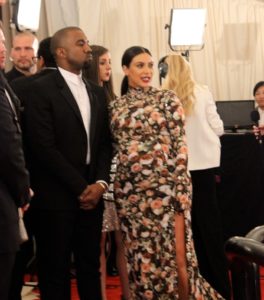 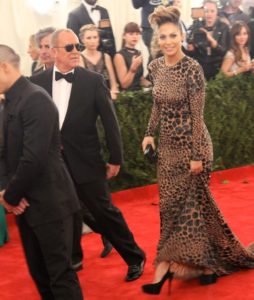 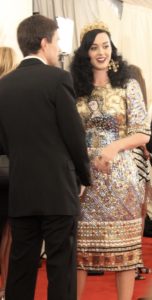 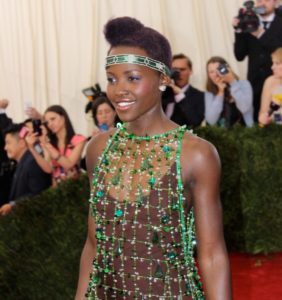 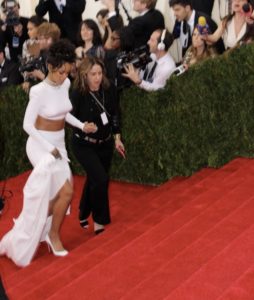 A major socialite friend of mine offered to pay $60,000 for two tickets and was  ultimately rejected despite her husband running an $8 billion hedge fund.  How a charity can turn down hundreds of thousands of dollars in ticket sales is unfathomable. Wintour is the only person who could get 300 celebrities salivating to schlep to New York to do a red carpet they are not getting paid for without receiving a corresponding award-they are usually invited gratis by a designer that Wintour handpicks.

Wintour’s influence is so staggering, having raised over $186 million to date and more than $12 million last year, that the wing of the Museum that houses the collection was renamed the “Anna Wintour Costume Center” in 2014 with Michelle Obama presiding over the ribbon cutting.

Last year the gala was sponsored by Steve and Christine Schwarzman who donated $5 million for the most heavily attended exhibit which covered the influence of Catholicism on fashion.

2019’s theme was chosen by curator of the Costume Institute, Andrew Bolton, who chose “Camp: Notes on Fashion,” declaring the inspiration being Susan Sontag’s 1964 essay “Notes on Camp” which documents the frivolity, parody, and artifice inherent in fashion as a means of expression.

The interpretation of this theme is so open-ended that is certain costumes will be all over the map-literally.

Undoubtably, there will be a celebrity dressed as a globe (probably Katy Perry who always gets it wrong), and dozens of other luminaries who will wear feathers, ribbons, ruffles, puffy skirts, dresses with writing, and Trompe-l l’oeil attire.

Speaking of Trump “the Donald” proposed to Melania at the 2004 event with a $1.5 million ring. That happenstance has little chance of recurring as the rift between Wintour and the Trumps’ continues to widen with Wintour supporting Hillary’s campaign in 2016 and declaring in 2017 on James Corden’s Late Show that she would never be inviting Trump again.
Moreover, Melania recently called Wintour small-minded and insecure when Wintour confirmed she would not be putting Melania on a Vogue cover.

It is safe to say a Trump will not grace the red carpet although it is a near certainty that brother-in-law to Ivanka Trump, Josh Kushner, will be attending with his newly converted wife- Karlie Kloss.
Some other guaranteed couples include JLo and ARod, Tom and Gisele, and Kylie and Travis.

The event begins at 6 PM with most A-listers arriving closer to 7:30 PM and will be broadcast Live on E! with Vogue and Entertainment Tonight livestreaming the event with more than 1 billion people worldwide tuning in for the red carpet.

This event has become bigger than the Academy Awards in terms of fashion with standout looks such as Rihanna’s Dolce and Gabbana tuxedo worn in 2009 and Princess Diana’s lingerie inspired John Galliano dress worn in 1996 referenced years later.

Wintour recently gave an interview declaring that her dream guest duo would be Meghan Markle and Kate Middleton-good luck with that.  There are some celebrities who would never attend as it falls out of sync with their image and that includes Angelina Jolie, Brad Pitt, Tom Cruise, Julia Robert, and Jennifer Aniston.  This evening caters to millennials with social media stars such as the Kardashians and Hadids recently taking over the red carpet.

For a long time Wintour banned the Kardashians: it wasn’t until 2013 that Kim was extended an invite with Kanye, Kris, Kendall and Kylie following close behind-no pun intended (I am curious as to whether Kourtney and Khloe have similarly been extended an olive branch.)

With nearly half-a-billion Instagram followers between the Kardashians it is no surprise Wintour relented.

Paris and Nicky Hilton and “The Real Housewives” of anywhere are another story as they continue to be uninvited (I am unsure if the Hilton sisters have attended without receiving press.)  However, this year there will be  some shocking no-shows as Bravo’s Andy Cohen revealed that he and the ubiquitous Sarah Jessica Parker would be absent as Sarah has to fly somewhere and he had a work commitment.

I smell a major rift in the air as longtime friends Parker and Wintour have been collaborating on this night for years.
It is rumored that regulars Beyonce, Rihanna and Blake Lively might also be AWOL which would be astounding-to say the least.

Who can forget the infamous “Elevatorgate” in 2014 between Solange, Jay-Z and Beyonce where tough guy Jay almost got his teeth knocked out as Beyonce stood passively nearby.  This year’s co-chairs include Harry Styles, Lady Gaga, Serena Williams and Gucci’s Alessandro Michele.

Moreover, Gucci will be the corporate underwriter of the exhibit so expect to see dozens of attendees in Gucci including Harry Styles, Dakota Johnson, Jared Leto, ASAP Rocky, and Lana del Rey.
Ralph Lauren, Dior, and Calvin Klein have opted out of spending on big tables this year.  As for entertainment it is likely that Cher, Lady Gaga, Cindy Lauper or Kings of Pop, BTS, will wow the crowd.
As if all that wasn’t enough stimulation the official after-party will be taking place at the Boom Boom Room with Travis Scott and Kim Kardashian holding their own party as well as Gucci (at an unmentionable College in New York City)-stay tuned for an update on all the late night happenings.