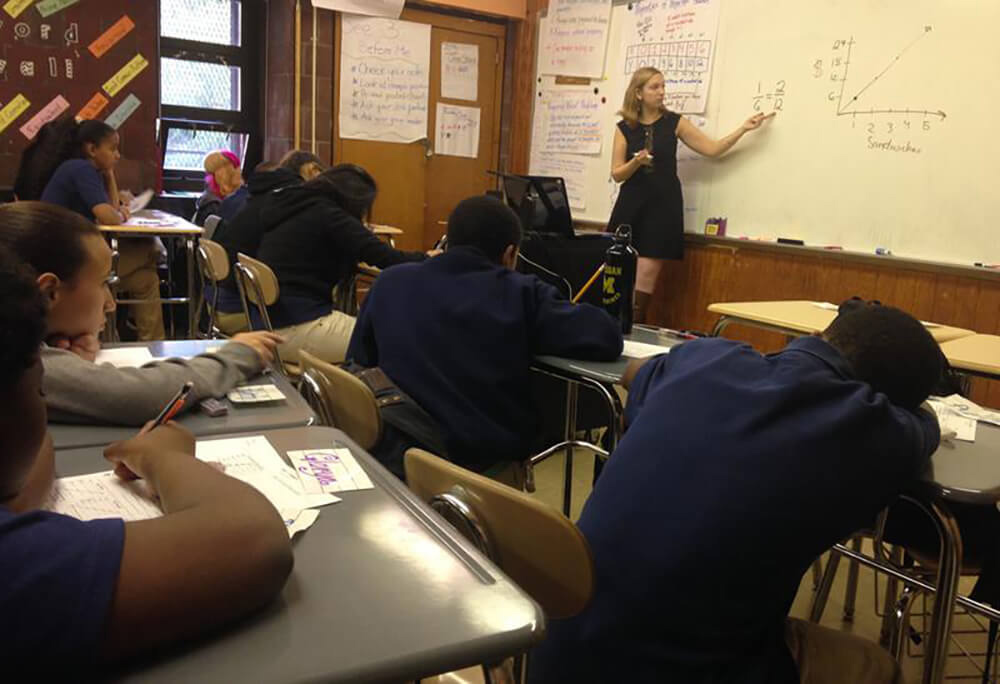 Racism is reportedly alive and well in the ultra-liberal New York City public school system, as reports surface of teachers being instructed to put more focus on black students than white ones. Photo Credit: wnyc.org

Racism is reportedly alive and well in the ultra-liberal New York City public school system, as reports surface of teachers being instructed to put more focus on black students than white ones.

Still worse, colleagues are saying that a Jewish superintendent who talked about her family’s Holocaust experience was yelled at. humiliated and publicly embarrassed.

“If I had a poor white male student and I had a middle-class black boy, I would actually put my equitable strategies and interventions into that middle class black boy because over the course of his lifetime he will have less access and less opportunities than that poor white boy,” the consultant, Darnisa Amante, is alleged to have said, according to the New York Post. “That’s what racial equity is,” Amante explained.

Reaction from the president of the New York City Parents Union, Mona Davids, an African-American, was immediate. “It’s completely absurd — they want to treat black students as victims and punish white students. That defeats the purpose of what bias awareness training should be.”

“Anti-bias and equity trainings are about creating high expectations and improving outcomes for all of our students,” DOE spokesman Will Mantell pointed out in a prepared statement. “These trainings are used across the country because they help kids, and out-of-context quotes and anonymous allegations just distract from this important work.”

“The DOE’s anti-bias training — a $23 million mandatory program for all DOE employees — has irked some administrators, teachers and parents who contend parts are ugly and divisive,” the Post noted. “Four white female DOE executives demoted under Carranza’s new regime plan to sue the city for racial discrimination, claiming whiteness has become “toxic.”

Only days ago, it was reported that the very same New York City Department of Education had put the word out to teachers that “objectivity” and “individuals” are “white supremacist” concepts. “According to a report from the New York Times, Schools Chancellor Richard Carranza gave a presentation about “white supremacy” culture. In the lesson, Carranza claims that concepts like “perfectionism,” “paternalism,” and “objectivity” are part of “white supremacy culture,” Breitbart reported.

“Surprisingly, documents from Carranza’s presentation do little to tie these concepts to “white supremacy.” A graphic from Carranza’s lesson explains why “objectivity” is a negative concept. “This can lead to the belief that there is an ultimate truth and that alternative viewpoints or emotions are bad, it’s even inherent in the ‘belief that there is such a thing as being objective,’” the graphic reads,” the Breitbart piece continued.