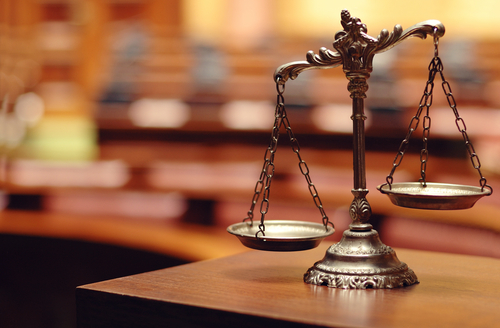 The Lawfare Project issued a detailed memorandum to executives at 350 companies and 100 law firms that aims to safeguard them from violating American, European, and Israeli laws on discriminatory boycotts.

The memorandum follows a campaign led by certain offices of Amnesty International, among other entities, to pressure major companies and law firms into engaging in targeted boycotts of individuals and enterprises residing or operating in the Jewish communities located in the disputed territories.

A March 13 letter from Director of Amnesty International UK Kate Allen warned companies of the “significant risk” of conducting commerce with “Israeli businesses in Occupied Palestinian Territories.” The letter failed to disclose both the legal risks associated with participating in boycotts of Israel and the anti-Semitic nature of the global Boycott, Divestment and Sanctions (BDS) movement. Boycotts of Israel fit the U.S. State Department’s definition of anti-Semitism in that they “apply double standards by requiring of [Israel] a behavior not expected or demanded of any other democratic nation.”

After learning about Amnesty International UK’s anti-Israel boycott campaign, The Lawfare Project immediately began updating the memorandum, first produced in 2017, which provides executives with the full legal context and anti-Semitic underpinnings of the boycott movement in order to inform their decisions on doing business with Israel. Corporate leaders have already expressed gratitude for how the memorandum has protected them from complicity in illegal and immoral boycotts.

“BDS has a well-documented history of fostering anti-Semitism and illegal discrimination on the basis of national origin. It has no place in commerce,” said Brooke Goldstein, Executive Director of The Lawfare Project. “We will continue to make companies aware of the legal and moral ramifications of engaging in boycott activity.”

About The Lawfare Project: Headquartered in New York, The Lawfare Project, a 501(c)(3) non-profit organization, is a legal think tank and litigation fund committed to protecting the civil and human rights of Jewish communities around the world. To learn more, please visit www.thelawfareproject.org.

Reddit Co-Founder Resigns from Board, Asks for Black Replacement