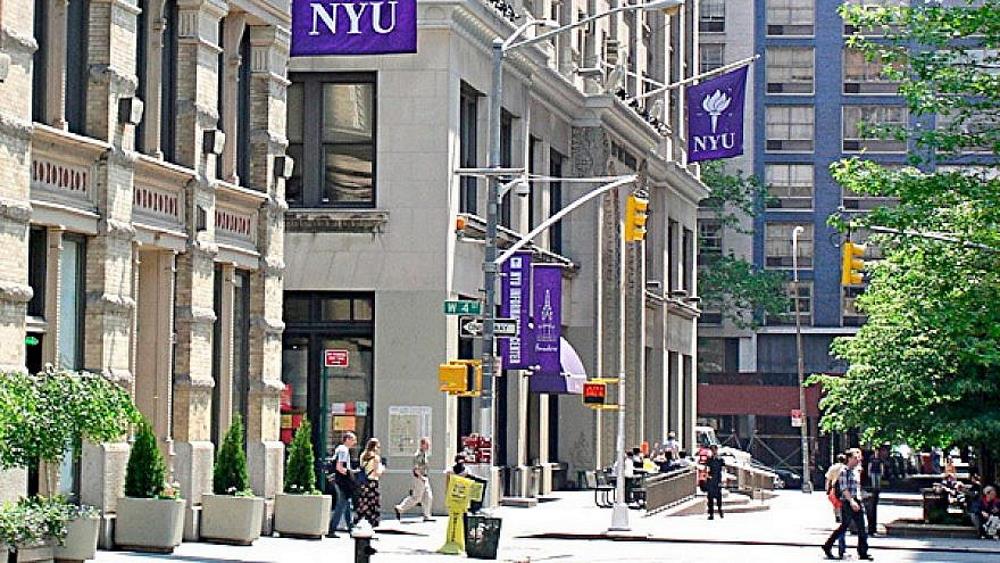 YU has permitted what a complaint filed last week with the US Department of Education’s Office for Civil Rights calls “extreme anti-Semitism” to grow on its Greenwich Village campus. Photo Credit: JNS.org

NYU has permitted what a complaint filed last week with the US Department of Education’s Office for Civil Rights calls “extreme anti-Semitism” to grow on its Greenwich Village campus.

Adela Cojab, 22, a senior at the school, says that a pro-Palestinian organization has helped make a “hostile atmosphere” for the school’s Jewish students.

“The alleged source of the tension is an anti-Israel group, Students for Justice in Palestine, led by Leen Dweik, who went viral last month after she cornered Clinton at an NYU vigil for the New Zealand massacre victims,” reports the New York Post.

Students for Justice in Palestine is “the master of campus strife” between NYU’s Jewish students and anti-Israel activists, according to the complaint. SJP “has caused Jewish and pro-Israel students to feel unwelcome and unsafe,” Cojab alleged in her complaint.

The complaint’s filing comes amid growing concerns about the rise of anti-Israel and anti-Semitic sentiments, not only on college campuses but throughout the United States, according to Newsweek. “An FBI report found hate crimes against Jewish people rose by almost 40 percent in 2018. Neal Sher, a former Nazi war crimes prosecution officer for the Department of Justice, who is representing the NYU students, told Newsweek “there’s no question” the anti-Israel stance at colleges is rising.

“They try to claim, ‘We’re not against Israel, we’re not against Jewish students, we’re simply opposed to certain policies the Israeli government is embarking on,’” Sher told Newsweek. “There reaches a certain point where things go past the limit. Denying Israel’s right to exist crosses over to anti-Semitism.”

Indeed, the Wall Street Journal, in an op-ed by Susan Shapiro, noted that Jewish students were assaulted at an Israeli Independence Day celebration last year in Washington Square Park, where two anti-Israel student agitators were arrested after desecrating Israeli flags.

“The NYU Jewish Center received threats; swastikas were found in a residence hall,” the piece continues. “The student government passed an anti-Israel BDS—boycott, divestment and sanctions—resolution. NYU activists confronted a pregnant Chelsea Clinton and insanely blamed her for the massacre at a New Zealand mosque because she criticized Rep. Ilhan Omar’s anti-Semitic slurs. Most shocking, last week the university gave a President’s Service Award to Students for Justice in Palestine for its “positive impact on the community.” SJP is known for pushing BDS, demonizing Israel and leading a boycott of Zionist student clubs.”

NYU President Andrew Hamilton has referred to academic boycotts of Israel as “contrary to our core principles of academic freedom, antithetical to the free exchange of ideas, and at odds with the university’s position.”