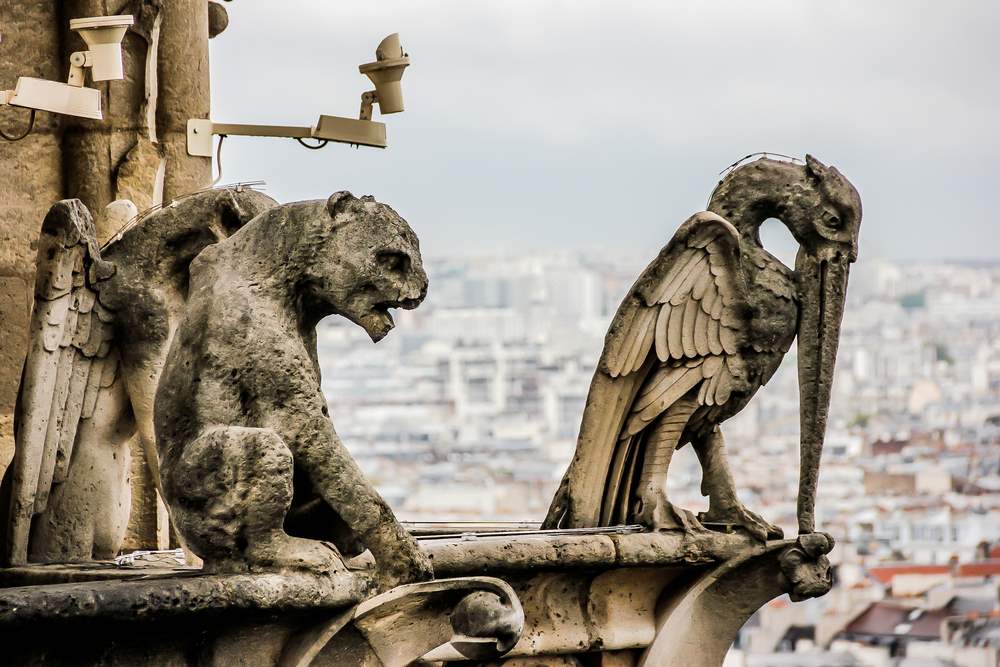 French investigators said Thursday that they believe that an electrical short-circuit is most likely the cause of the Notre Dame Cathedral blame.

A French law enforcement official, who spoke off the record to the Los Angeles Times and Fox News, said that investigators still aren’t able to go inside the cathedral, citing safety reasons.

On Thursday, French president Emmanuel Macron delivered remarks during an event at the Elysee Palace, the French presidential residence, thanking the firefighters who were able to save the Notre Dame Cathedral.

“We’ve seen before our eyes the right things perfectly organized in a few moments, with responsibility, courage, solidarity and a meticulous organization,” Mr. Macron said Thursday. “The worst has been avoided.”

Mr. Macron announced that the firefighters who battled the Notre Dame blaze will receive an Honor medal, citing their devotion and courage.

According to the LA Times, French fire officials said that the Cathedral is “unstable and extremely dangerous.”

“We knew that the roof was burning, but we didn’t really know the intensity,” Myriam Chudzinski, a local French firefighter, told French reporters. “It was from upstairs that you understood that it was really dramatic. It was very hot and we had to retreat, retreat. It was spreading quickly.”

One Fire expert, Jose Vaz de Matos, told The Times that if officials did not quickly put out the fire, the entire Cathedral would have burned to the ground, in a “chain reaction collapse.”

French President Emanuel Macron announced his plans to rebuild the historic cathedral within five years, however, according to the Los Angeles Times, experts predict that it could easily take 15 years to rebuild the Cathedral.

“It’s a chance for France to bounce back, a chance to realize what unites us, because we have been too much divided over the past years,” French resident Benedicte Contamin told The Times on Thursday.

“We mustn’t say ‘the cathedral is closed for five years’ and that’s it,” French priest Patrick Chauvet told a local news channel, according to Fox News. “Can I not build an ephemeral cathedral on an esplanade (in front of Notre Dame)?”

“No one will forget the first few minutes,” Mr. Macron said Thursday on Twitter, talking about the Notre Dame Cathedral. ”

“And right away, they take all the risks to save what can be. In memory of this night, they will receive the gold medal for Act of courage and dedication,” he added, referring to the firefighters who saved the Cathedral.

In a related development, it has been reported that Two Jewish women have pledged between them $122 million toward the restoration of the iconic cathedral.

Lily Safra, a Brazilian Jewish philanthropist and prominent member of the Syrian Jewish community said she would give $22 million to fund the restoration efforts of the historic church, as was reported by Correio 24 Horas on Monday. And Françoise Bettencourt Meyers, the French billionaire owner of L’Oreal, pledged another $100 million, according to CBS.

The two women’s donations account for about 17 percent of the $700 million collected so far for the restoration.