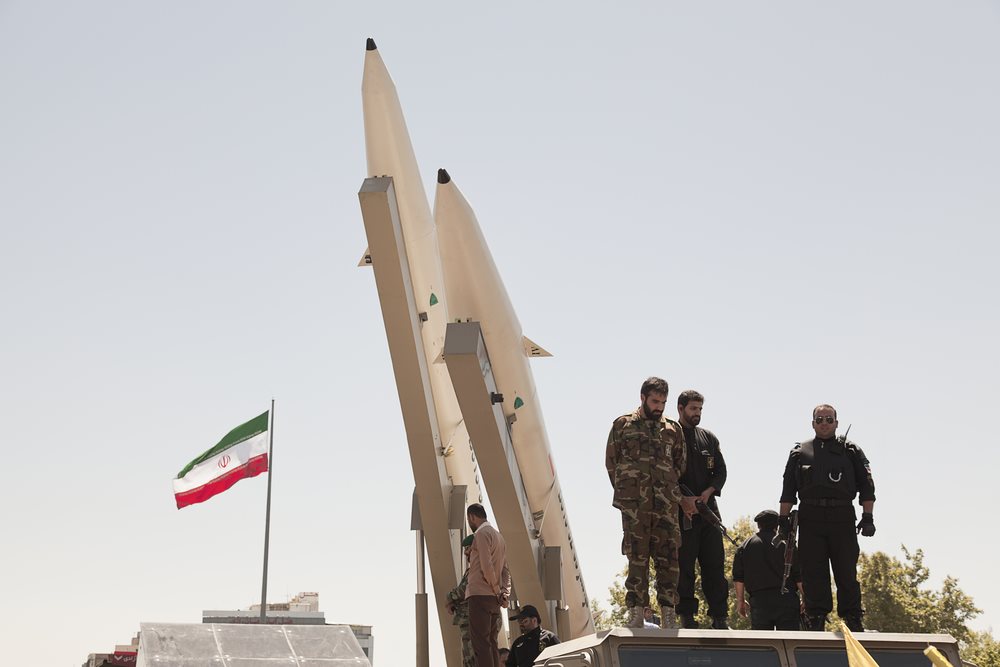 The Trump administration officially labeled the Iranian military as a foreign terror organization on Monday — in the latest escalation in the war of actions and words between Washington and Tehran.

Monday’s designation — the first time in which a foreign military has been labeled a terror organization — was a controversial issue between Mr. Trump and several advisers, with Joseph F. Dunford Jr., the Chairman of the Joint Chiefs of Staff, advising against the move.

“This designation will be the first time that the United States has ever named a part of another government as a FTO,” Mr. Trump said in a statement. “It underscores the fact that Iran’s actions are fundamentally different from those of other governments.”

“It makes crystal clear the risks of conducting business with, or providing support to, the IRGC,” he continued. “If you are doing business with the IRGC, you will be bankrolling terrorism.”

“This action sends a clear message to Tehran that its support for terrorism has serious consequences,” he added. “We will continue to increase financial pressure and raise the costs on the Iranian regime for its support of terrorist activity until it abandons its malign and outlaw behavior.”

The designation imposes far-reaching sanctions against individuals and companies with ties to Iran.

“The IRGC has been wreaking havoc throughout the Middle East and is a direct arm of the Ayatollah’s hateful policies,” Sen. Lindsey Graham, R-S.C., said in a statement. “Secretary Pompeo and President Trump have rightfully put enormous pressure on Iran.”

“The State Department intends to designate as a Foreign Terrorist Organization (FTO) the Islamic Revolutionary Guard Corps (IRGC) in its entirety, including the Qods Forces,” State Department spokeswoman Morgan Orgatus said in a statement. “This is a historic step to counter Iran-backed terrorism around the world.”

“On April 15, the IRGC will be added to the State Department’s FTO list, which includes 67 other terrorist organizations including Hizballah, Hamas, Palestinian Islamic Jihad, Kata’ib Hizballah, and al-Ashtar Brigades,” Ms. Orgatus added. “The IRGC FTO designation highlights that Iran is an outlaw regime that uses terrorism as a key tool of statecraft and that the IRGC, part of Iran’s official military, has engaged in terrorist activity or terrorism since its inception 40 years ago.”

“Thank you, President @realDonaldTrump for your decision to designate the Islamic revolutionary guards as a terrorist organization. Once again you are keeping the world safe from Iran aggression and terrorism,” Mr. Netanyahu posted on Twitter.