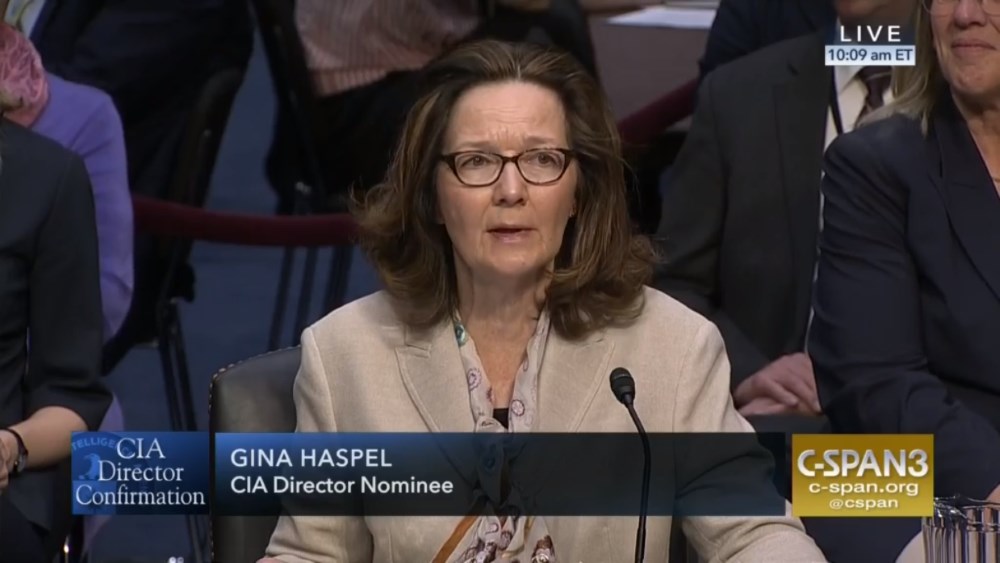 CIA Director Gina Haspel has said that the intelligence organization that he heads up has now shifted its resources and focus in order to begin preparations to deal with such arch foes such as Russia and Iran.

On Thursday, Haspel spoke before an audience of students, faculty and journalists at an event at Auburn University. Haspel said that the aforementioned countries had been shunted aside in the post-September 11, 2001 focus on terrorism.

“Our Russia and Iran investment has been strengthened after years of falling behind our justifiably heavy emphasis on counterterrorism in the wake of 9/11,” she said. “Groups like ISIS (Daesh) and al-Qaeda remain squarely in our sights, but we’re honing our focus and resources on nation-state rivals.”

Her statement comes as Iran has identified 290 CIA agents across different countries, forcing the US to form a special committee to reassess its cloak-and-dagger operations, according to a report on the PressTV web site.

Iran’s Intelligence Minister Mahmoud Alavi said on Friday, “CIA operatives in these countries were identified and arrested and the contacts of the US intelligence agency with its sources were disrupted in such a way that a committee to assess the failure was set up in America.”

Press TV reported that Alavi said his ministry has shifted from focusing on defensive counter-intelligence to conducting offensive operations. He said details of the operations would be publicized soon.

Haspel also lauded President Trump in her address for showing “a lot of wisdom” through efforts to reach out to North Korean leader Kim Jong-un.

“I am very proud that we’ve been able to support this administration’s effort to engage the North Koreans in a dialogue — and that’s not to downplay the difficulty of that or the obstacles or challenges associated with it,” she said.

“But after years of failure I do think that President Trump has shown a lot of wisdom in reaching out his hand to the North Korean leader and to suggest to them that there might be a different future for the North Korean people,” she added.

Haspel added that the CIA was “working hard to support the president, the national security team and Secretary Pompeo as they try and establish a regular and positive dialogue with the North Koreans.”

Trump has said he is considering a potential third nuclear summit with North Korea’s leader, and added that he does not want to increase sanctions on Pyongyang, as was reported by Press TV.

In February, the second summit between Trump and Kim in Hanoi ended on a disappointing note as the two leaders differed sharply on how far Pyongyang was willing to go in limiting its nuclear program and the degree of US eagerness to ease sanctions, as was reported by Press TV. Clearly unhappy at the results of the meeting Trump abruptly walked away from the talks and held a press conference shortly afterwards.

During the press conference, Trump said that “he had to walk away” from the talks because of the North’s demands to lift all economic sanctions against Pyongyang as a prerequisite to denuclearization, as was reported by Press TV.

Subsequent to Trump’s remarks to a body of international reporters, North Korean Foreign Minister Ri Yong-ho offered a completely different breakdown of the summit, telling the gathering of journalists that Pyongyang had never asked for the removal of all sanctions, but was only seeking their partial removal, according to a Press TV report.

According to a state media report published last month, the people of North Korea blame the US for the collapse of the summit.