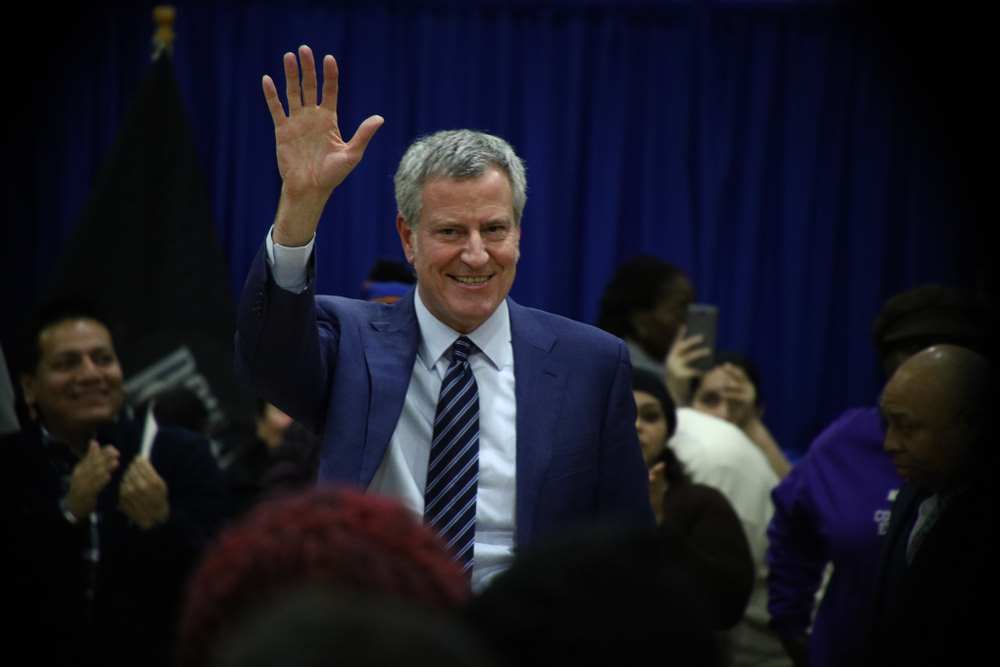 New York City mayor Bill De Blasio endorsed the idea of a congressional committee studying reparations for descendants of slaves on Friday and said that America needs “a program of actual redistribution,” referring to the idea of redistributing wealth.

Mayor De Blasio was asked his position on reparations on Friday at an event in Las Vegas by a liberal activist after far-left presidential candidates such as Elizabeth Warren have endorsed the idea.

“There’s no question that the issue of reparations has to be taken seriously,” De Blasio said. “I do believe the way to do it is to form a very public commission and say, ‘What is the way to address this problem once and for all?’”

At the event, De Blasio said that there needs to be a larger “discussion about income inequality and oppression of other groups including Latinos, Native Americans, Asian and women.”

“I think we’re going to need something bigger even in a way, broader even in a way, then some of the ideas that have been put out there,” De Blasio said. “I think a program of actual redistribution which includes much heavier taxes on the wealthy.”

“The ultimate resolution has to be profoundly economic,” De Blasio added.

De Blasio went further than he had previously on wealth distribution Friday. He previously said that “there’s plenty of money in this city, it’s just in the wrong hands,” referring to New York.

Beto O’Rourke and Cory Booker, both 2020 Democratic presidential contenders, have so far said that they support the idea of studying reparations.

“Foundational to the word ‘reparations’ is ‘repair.’ Foundational to repair is the truth,” Mr. O’Rourke said Wednesday at Rev. Al Sharpton’s annual National Action Network convention. “And until all Americans understand that civil rights are not just those victories that I began with … but the injustices that have been visited and continue to be visited on people, we will never change that we need to live up to the promise of this country.”

“Absolutely I would sign that into law,” Mr. O’Rourke added.

“Can I tell you why I’m frustrated and disappointed by this reparations conversation? It’s because it’s being reduced to just a box to check on a presidential list when this is so much more of a serious conversation,” Mr. Booker said recently during a CNN town hall event.

“Do I support legislation that is race conscious about balancing the economic scales?” he added. “Not only do I support it, but I have legislation that actually does it. In fact, I’ve got the only legislation, I think, in the entire Congress that Columbia University says would virtually eliminate the racial wealth gap in our country. It’s something called baby bonds.”