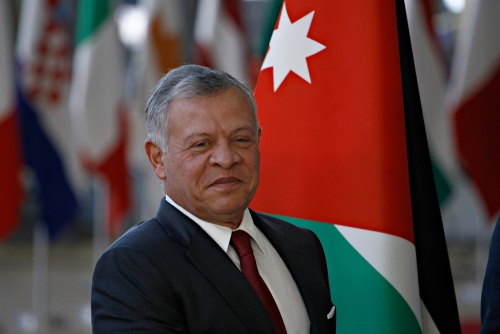 The National Council of Young Israel (NCYI) today called on King Abdullah II of Jordan to distance himself from terrorism after a Jordanian Member of Parliament praised the terrorist who murdered two Israelis this past weekend.

During a session of Parliament, MP Khalil Atiyeh saluted 18-year-old Omar Abu Laila, who fatally stabbed 19-year-old Sgt. Gal Keidan and shot and killed Rabbi Achiad Ettinger, a father of 12. In addition, MP Atiyeh referred to Amir Weissbrod, Israel’s ambassador to Jordan, as “a descendant of monkeys and pigs” during a debate in which Jordanian lawmakers urged the expulsion of Ambassador Weissbrod in light of the tension that exists relative to the Temple Mount.

“It is disgraceful and distasteful that as Israel and the greater Jewish community mourn the tragic loss of Sgt. Gal Keidan and Rabbi Achiad Ettinger, a Jordanian lawmaker stood up and hailed the terrorist who murdered them in cold blood solely because they were Jewish,” said NCYI President Farley Weiss. “Glorifying terrorism is indefensible, and Mr. Atiyeh’s twisted tribute to a terrorist on the floor of the Jordanian Parliament is despicable. We call upon King Abdullah to publicly condemn Mr. Atiyeh’s heinous remarks about the recent terrorist attack and to promptly denounce the lawmaker’s anti-Semitic comments about the Israeli ambassador. King Abdullah must take immediate steps to distance himself from the anti-Semitism and terrorist propaganda being spewed in the Jordanian Parliament and honor the memories of the two individuals who were brutally murdered this weekend by censuring Mr. Atiyeh.”

For the past 107 years, the National Council of Young Israel has ably served the broader Jewish community. With more than 25,000 member families and approximately 135 branch synagogues throughout the United States, Canada, and Israel, the National Council of Young Israel is a multi-faceted organization that embraces Jewish communal needs and often takes a leading role in tackling the important issues that face the Jewish community in North America and Israel.