WHAT: Film series showcasing the genius of filmmaker Stanley Kubrick. 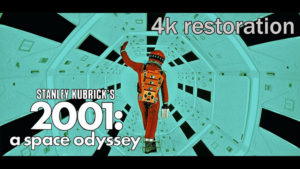 DETAILS: Wednesdays from March 27 – April 17 at 7 p.m., the Village East Cinema celebrates cinematic innovator Stanley Kubrick with a series of films displaying the breadth of his achievements. Kubrick’s work transcended genre and raised the bar with complexity in storytelling, technicality, and visual imagery, including the infamous “Kubrick stare.” 2001: A SPACE ODYSSEY will be projected in 70mm, the remaining features will be projected in 35mm. All ticket prices for the regular series are $15 per show.

In addition, 2001: A SPACE ODYSSEY and 70mm fans will have the opportunity to view the film

throughout the weekend of April 19-21. The 70mm print was struck from new printing elements made from the original camera negative. There are no digital tricks, remastered effects, or revisionist edits. Christopher Nolan, a longtime admirer of the late American auteur, worked closely with the team at Warner Bros. Pictures to oversee the mastering process. Ticket prices for the shows on April 19-21 are $20 per show.

Tickets are available at box office, on the City Cinemas app, or online at

Editor’s Note: Following is a schedule for Heeere’s Kubrick.

Stanley Kubrick’s Academy Award winning 2001: A SPACE ODYSSEY is an enigmatic adaptation of a short story by revered sci-fi author Arthur C. Clarke. An imposing black structure provides a connection between the past and the future. When Dr. Dave Bowman (Keir Dullea) and other astronauts are sent on a mysterious mission, their ship’s computer system, HAL, begins to display increasingly strange behavior, leading up to a tense showdown between man and machine that results in a mind-bending trek through space and time. (181min, G) 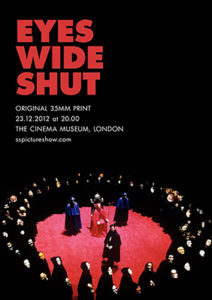 A New York City doctor pushes himself on a harrowing and dangerous night-long odyssey of sexual and moral discovery after his wife admits that she once almost cheated on him. Kubrick’s final film uses a terrific game of colors to create a nightmarish odyssey and explore extramarital sexual desire, jealousy and the fragility of the masculine ego. (159min, R) 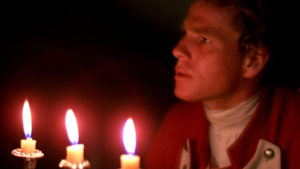 Based on the Victorian novel by William Makepeace Thackeray, BARRY LYNDON tells the complex story of a sensitive, intelligent, and ambitious man trapped in a society which has no use for him. Photo Credit: www.filmlinc.org

Based on the Victorian novel by William Makepeace Thackeray, BARRY LYNDON tells the

complex story of a sensitive, intelligent, and ambitious man trapped in a society which has no use for him. Despite the obstacle of his Irish birth, Raymond Barry manages to become the wealthy but ill-respected Barry Lyndon. With stunning cinematography that beautifully frames rural panoramas and 18th Century houses with delightful decorative detail, this cinematic period piece is so transporting it seems to predate the invention of the camera. (183min, PG)

An early film from Stanley Kubrick, and featuring an all-star cast, this dark comedy follows the story of a middle-aged college professor who becomes infatuated with a fifteen-year-old girl.