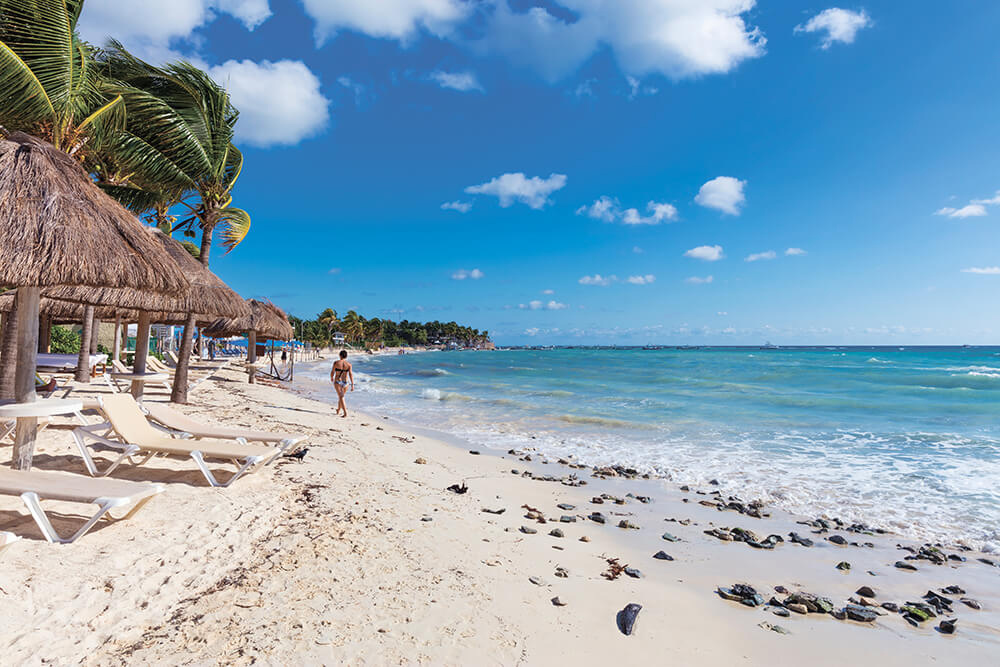 Two summers ago, the popular destinations of Cancun and Playa del Carmen (pictured above) were plagued with bootleg booze, 10,000 gallons of it, which Mexican law enforcement had to get rid of once media reports showed that tourists in those areas were getting unusually intoxicated off of their alcohol-filled beverages. Photo Credit: Shutterstock

Mexico is a popular spot to check out for American tourists, especially college students looking to soak up some sun south of the border for spring break. Those spring breakers and all other American visitors to our southern neighbor must heed caution though, according to new guidelines and warnings from the United States State Department.

The American embassy in Mexico sounded the alarm to tourists that they needed to be on the lookout for medical problems, drowning, bootleg alcohol, and sexual assault, according to the New York Post.

“US citizens have reported incidents of rape and sexual assault in some resort areas,” the alert warns. “Perpetrators may target inebriated or isolated individuals.”

Two summers ago, the popular destinations of Cancun and Playa del Carmen were plagued with bootleg booze, 10,000 gallons of it, which Mexican law enforcement had to get rid of once media reports showed that tourists in those areas were getting unusually intoxicated off of their alcohol-filled beverages. Some of the tourists became dangerously intoxicated, and because the strength of the alcohol wasn’t expected, it would have really snuck up on them and left them potentially blacked out while in the middle of a foreign country for which the State Department just issued warnings.

The Milwaukee Journal Sentinel originally reported on the incident and also noted that people also faced robberies, dubious imprisonment, and physical violence. People without health insurance that was accepted reportedly left Mexican hospitals with bills worth over $10,000.

The problem of violence in Mexico has no real solution. The Jewish Voice has reported about Mexico’s issues, like how the Council on Foreign Relations (CFR) reported Mexico is where one of the world’s largest and most sophisticated drug networks exist, as well as weak and corrupt law enforcement institutions.

“Mexico’s drug-related organized crime groups began their expansion of operations in the late 1980s after the dismantling of Colombia’s drug cartels. In the absence of Colombian drug suppliers, Mexican cartels branched outside of their original roles as couriers for Colombian gangs to wholesalers,” according to the Council on Foreign Relations.

“In order to increase their profits and influence, groups battle one another for territorial control,” CFR noted. “In some cases they possess greater coercive force and governance capabilities than the often weak or corrupt local governments. In 2006, in partnership with the United States, former Mexican President Felipe Calderon launched an initiative to combat the cartels with military force. This significantly escalated violence and claimed thousands of lives, including civilians.”