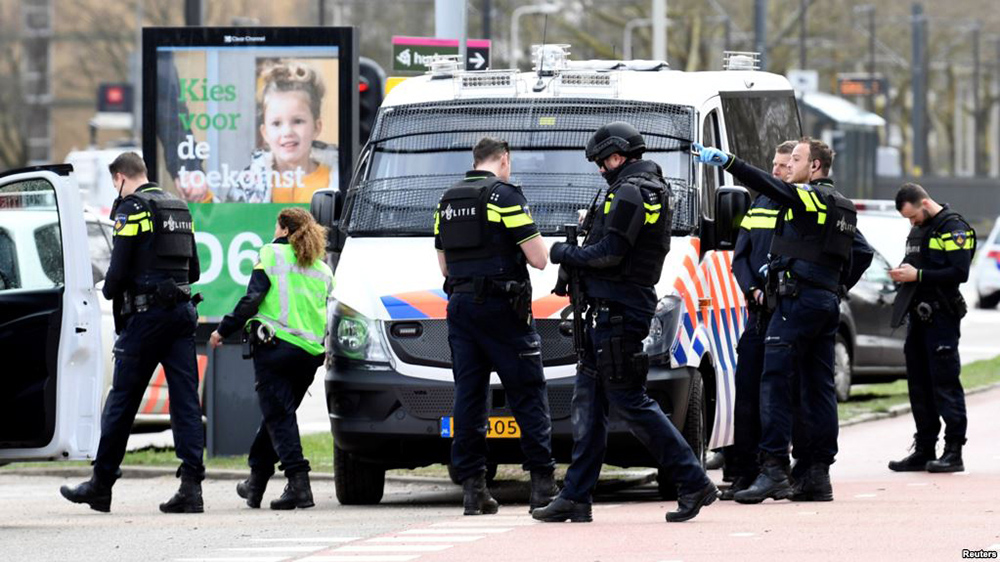 Following an hours-long manhunt, Dutch police have arrested a suspect in a shooting incident on a tram that left three people dead and five others wounded in the city of Utrecht Monday.

Following an hours-long manhunt, Dutch police have arrested a suspect in a shooting incident on a tram that left three people dead and five others wounded in the city of Utrecht Monday.

Police had earlier identified the suspect as 37-year-old Turkish-born Gokmen Tanis, releasing a photo of a bearded man sitting on the tram wearing a dark blue hooded top.

Authorities immediately raised the terror alert to the maximum level of five in Utrecht. Dutch Prime Minister Mark Rutte said a terror attack “could not be excluded.”

But Turkish news agency Anadolu reported that relatives of Tanis in Turkey said the shooting could have been part of a family dispute.

Erdogan screened the footage at televised rallies in Istanbul and Tekirdag despite the authorities in New Zealand calling for a halt to the videos being shared, as well as an attempt by Facebook and Youtube to delete the videos circulating.

At the rally, ahead of the March 31 local elections, Erdogan claimed that the manifesto by the attacker Brenton Tarrant “targeted Turkey and me,” according to Bloomberg.

A Dutch regional prosecutor said the suspect had previously been arrested in the Netherlands, but did not give further details.

Security has been increased at Dutch airports, as well as mosques. Schools in Utrecht have been closed, and residents were advised to stay home.

After the suspect was arrested Monday, the threat level was reduced to level four.

Earlier Monday, the Dutch national terrorism chief said the incident on the tram was one of “multiple” shootings in the city.

“Shooting took place this morning at several locations in Utrecht,” Pieter-Jaap Aalbersberg, the Netherland’s anti-terror coordinator, told a news briefing at The Hague. “A major police operation is underway to arrest the gunman.”

Police said that several trauma helicopters had been deployed to the scene to assist the wounded, and appealed to the public to stay clear of the area to allow first responders to provide the necessary help.

“The surrounding area has been cordoned off, and we are investigating the matter,” Utrecht police said.

Political parties suspended campaigning for provincial elections scheduled for Wednesday that will also determine the makeup of the Dutch senate.

Utrecht is the fourth-largest city in the Netherlands, known for its canals and large student population. Gun violence in the city is rare, as it is across the Netherlands.