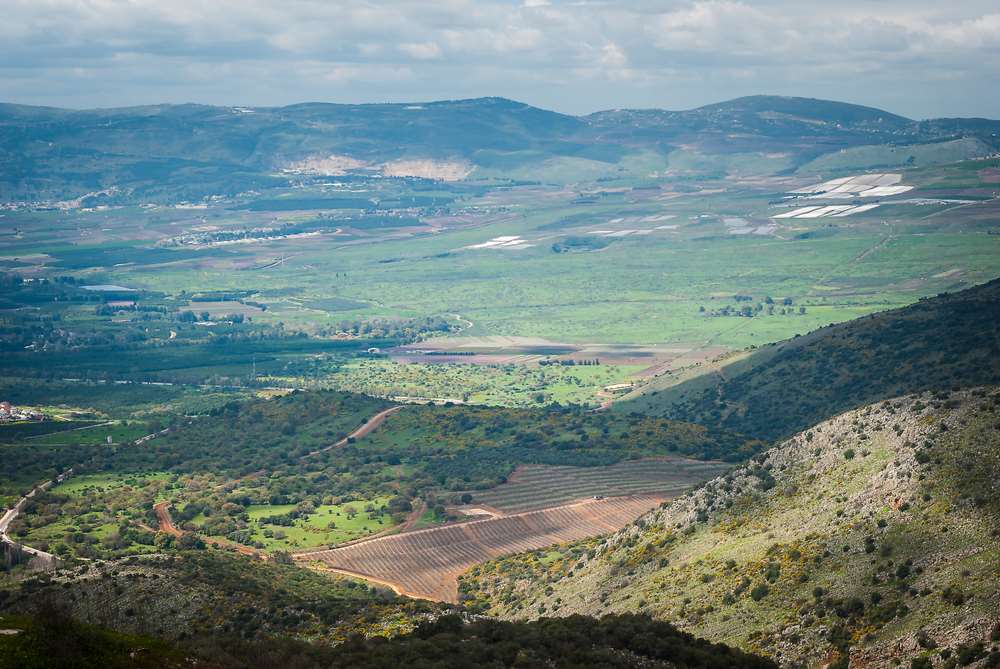 "After 52 years it is time for the United States to fully recognize Israel’s Sovereignty over the Golan Heights, which is of critical strategic and security importance to the State of Israel and Regional Stability!". photo by shutterstock

Many Israeli leaders praised President Donald Trump for calling for the US to recognize Israel’s sovereignty over the Golan Heights on Thursday.

In a tweet, Trump wrote, “After 52 years it is time for the United States to fully recognize Israel’s Sovereignty over the Golan Heights, which is of critical strategic and security importance to the State of Israel and Regional Stability!”

Trump called the territory “of critical strategic and security importance to the State of Israel and Regional Stability!”

Earlier on Thursday, a report by Israel’s Channel 13 claimed that senior Israeli officials believed that Trump would formally recognize Israeli sovereignty over the Golan Heights next week.

The move ends a decades-long US policy of non-recognition of Israel’s annexation of the strategic plateau.
Israel captured the Heights from Syria during the Six Day War in June, 1967, after the Syrian army used the strategic high ground overlooking the Galilee to attack Israeli towns and farms.

“At a time when Iran seeks to use Syria as a platform to destroy Israel, President Trump boldly recognizes Israeli sovereignty over the Golan Heights,” Netanyahu wrote on his Twitter account. “Thank you President Trump!”
“President Trump has just made history,” said a clearly pleased Netanyahu when the news conference got underway.

“I called him. I thanked him on behalf of the people of Israel. He did it again,” he said, referring to Trump recognizing Jerusalem as the capital of Israel and getting rid of the Iran nuclear deal.

“Now he did something of equal historic importance — and he did so at a time when Iran is trying to use Syria as a platform to attack Israel,” Netanyahu said.

Netanyahu added: “We have a Purim miracle here. President Trump has made history. He recognized Israeli sovereignty over the Golan Heights, at a time when Iran is trying to use the Golan Heights as a platform to destroy Israel.

“We are marking the miracle of Purim – 2,500 years ago the Jewish people defeated those who tried to destroy it, other Persians, and today just as they failed then, they will fail this time as well thanks, inter alia, to the strong support of the US and its President. We have had no greater friend in our history.”

This major, unexpected announcement comes just days before Netanyahu visits the White House on Monday and speaks at the pro-Israel AIPAC conference in Washington.

Secretary of State Mike Pompeo is currently in Israel meeting with Netanyahu just weeks before a heated Israeli election and the announcement will be seen as a boost for Netanyahu, who is battling charges of fraud and bribery.

The Trump administration has said it would not interfere in the election. Netanyahu and Pompeo, who earlier Thursday made a symbolic visit to the Western Wall in Jerusalem, were about to hold a news conference when Trump tweeted.

Knesset Speaker Yuli Edelstein said, “The Jews had light and joy and happiness and preciousness. Thirty-eight years after the Knesset enacted the law to apply Israeli sovereignty over the Golan, and after great efforts in the international arena, the time has come for American recognition. President Trump – thank you.”

Acting Foreign Minister Yisrael Katz added, “I welcome President Trump’s announcement of the anticipated recognition by the United States of Israel’s sovereignty over the Golan, almost 40 years after the Begin government made the historic decision.”

“American recognition of Israeli sovereignty will strengthen Israel’s security and its status in the region, constitute a response to the Iranian aggression from Syria, and send a clear message to Assad, who gives it his patronage,” said Minister Katz.

Science Minister Ophir Akunis said that “President Trump proves once again that in his sympathetic attitude towards Israel, he does not make do with just talking, but takes action.”

“His historic announcement put an end to Syria’s false claim to the Golan Heights, which has been a Jewish territory from the dawn of history, and further proof of the strength of relations between Israel and the United States, which are at the height of all times,” Minister Akunis said.

The United Right responded with joy to the news, but noted its other implications. “We congratulate President

Trump on the expected historical recognition of the sovereignty of the State of Israel on the Golan Heights. Nevertheless, we repeat that this statement should not blind us to the [dangers] of Trump’s ‘Deal of the Century.”

Reactions to Trump’s announcement on Thursday also elicited responses from Jewish leaders in the United States. While enjoying the festivities of the holiday of Purim with family and friends, former former New York State Assemblyman and Chairman of the Coalition for a Positive America, Dov Hikind took time out to express his praise of Trump’s historic statement.

“With President Trump’s announcement on Twitter today that “After 52 years it is time for the United States to fully recognize Israel’s Sovereignty over the Golan Heights, which is of critical strategic and security importance to the State of Israel and Regional Stability!” America is finally waking up to the geopolitical reality Israel finds itself in and taking appropriate action, said Hikind, a long time Jewish activist.

He added that, “this idea of Israeli sovereignty over the Golan Heights has been brought up by previous prime ministers to previous presidents. But not a single president prior to Trump had the courage to even consider the proposition let alone to follow through with bold action. More importantly, people need to understand that the Golan Heights is one of the most strategically vital territorial sections along Israel’s borders, so sovereignty means safeguarding the inhabitants of Israel from future Syrian-Iranian invasions. And the timing couldn’t be more perfect as I find myself celebrating Purim (the celebration of an ancient Persian’s attempt at Jewish genocide) in Jerusalem. Today, Israel is safer and more whole thanks to President Trump.”

He added: “History stands as a witness to the peril that Israel faced from shelling and terror prior to the 1967 Six Day war. The worst reality would be an Israeli withdrawal that would tragically place Israel in harm’s way. This translates into an Israel in a very weakened state and that, of course, would be highly detrimental on American security interests in the Middle East. Only a strong Israel affords stability and security in this most volatile neighborhood. May HaShem’s mercy be aroused and may He continue to protect the one and only nation of Israel and its allies in the Western world; namely the United States.”

Asked if he thought that the timing of Trump’s statement on the Golan Heights was more than coincidental since it happened on Purim, Rabbi Mirocznik said, “In the brocha that we say before we read Megillas Esther on Purim, we beseech Hashem that we should have the opportunity to see the same kind of miracles that happened in ancient times during our lifetimes; in our generation. And today of all days, an announcement of such incredibly significant magnitude was made by a sitting US president. If that is not a miracle, then I do not know what is.”

On another note, it has recently been reported that Jonathan Pollard, who spent 30 years behind bars on allegedly espionage charges for Israel was seen twice at the Israeli Consulate in New York City.

Pollard has been prevented from leaving the country since his November 2015 release from the confines of federal prison.

“Just now I finished a check with all of the security team and with the entire department staff of the consulate,” Dayan tweeted. “It never happened.”

The office of Israeli Prime Minister Benjamin Netanyahu neither denied nor confirmed the report. “The prime minister is committed to bringing Pollard to Israel and for years has made efforts for that purpose and engaged administrations, including the Trump administration,” the PMO said in a statement.

Channel 12 news in Israel reported that Pollard would only be permitted to visit the consulate if approved by US authorities, and they speculated that an agreement could be in the works that would see Pollard allowed to move to Israel.