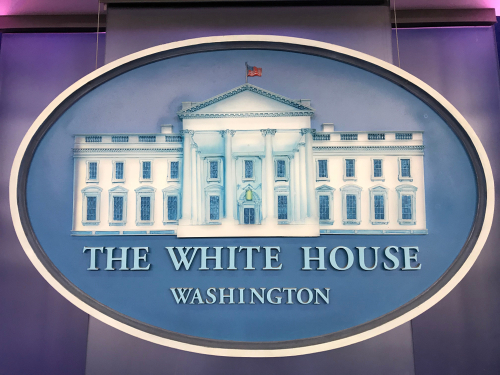 MAKING PROGRESS: On the one-year anniversary of the launch of President Donald J. Trump’s initiative to tackle the driving forces of the Opioid Crisis, progress has been made.
One year ago, President Trump unveiled his Initiative to Stop Opioid Abuse, a first-of-its-kind effort to draw out the factors fueling the opioid crisis and make real change.
Since the launch of the initiative, the Administration has unveiled numerous programs designed to reduce opioid demand, cut off the flow of illicit drugs, and save lives.
The programs span the breadth of the Federal Government from health-directed initiatives in the Department of Health and Human Services (HHS) to law enforcement activities in the Department of Justice (DOJ).
The President has secured $6 billion in new funding over two years to fight opioid abuse, and the Administration has awarded $1.5 billion for State Opioid Response grants.
This money funds vital programs throughout the Federal Government, as well as directly supporting State and local initiatives to address the opioid crisis in our communities.
The DOJ has awarded more than $400 million to support treatment, prevention, and domestic law enforcement efforts.
In total, President Trump and his Administration are committed to addressing the opioid epidemic and solving this public health crisis in partnership with State, local, and tribal leaders.
The President has provided local teams of experts to assist States and providers with training and education on how best to address the crisis in their State.
CUTTING OFF THE SUPPLY: In the past year, the Administration has taken action to target the international and domestic suppliers of illicit opioids.

Key to President Trump’s opioid initiative was his crack-down on the illicit suppliers of dangerous drugs like fentanyl, both in the United States and abroad.
Thanks to the President’s efforts to improve border security, officials have prevented thousands of pounds of fentanyl from entering America.
In FY 2018, at the southern border alone, between ports of entry, Customs and Border Protection seized enough fentanyl to kill nearly 90 million Americans.
In America, the DOJ shut down the country’s biggest Darknet distributor of drugs, seizing more than 4.8 kilograms of drugs and enough fentanyl to kill 105,000 Americans.
The DOJ has also worked diligently to increase indictments against dealers of illicit drugs and has targeted seizures in areas hit hardest by the opioid crisis.
The President supports strengthening criminal penalties and invoking mandatory minimums for drug dealers knowingly distributing lethal amounts of opioids.
According to the Drug Enforcement Administration (DEA), from 2017 to the present, more than 16,000 kilograms of heroin and nearly 5,000 kilograms of fentanyl have been seized in the United States.
President Trump’s leadership on DEA’s National Take Back Days shattered records, recovering nearly 3.7 million pounds of unused prescription drugs.
More illicit shipments of drugs are being stopped through the mail than before.
From FY 2016 to FY 2018, postal inspectors achieved a 1000 percent increase in international parcel seizures and a 750 percent increase in domestic parcel seizures related to synthetic opioids.
The DOJ is tackling the prescription opioid crisis by expanding fraud and abuse detection while also holding manufacturers accountable.
REDUCING DEMAND: Along with cutting down on the supply of opioids, the Administration has made great strides in reducing demand in the United States.

The Administration is helping to educate millions of Americans about the dangers of opioid misuse and is working to curb over-prescription.
Thanks to the Trump Administration’s partnership with the Truth Initiative and Ad Council, 58 percent of young American and 1.4 billion viewers have seen ads highlighting the dangers of opioids.
In the President’s first year in office, 107,000 fewer adolescents started misusing prescription painkillers and 68 percent fewer Americans over the age of 26 began using heroin than in the previous year.
New efforts within the Trump Administration are resulting in a decline of opioid prescribing nationwide.
The Administration issued the highest number of Drug-Free Communities Support Program grants in the program’s 20-year history, providing more than $90 million to community coalitions to strengthen the infrastructure among local partners to prevent youth substance use.
HELPING AMERICANS RECOVER: President Trump and his Administration are helping individuals afflicted by drug addiction throughout the country.

President Trump knows that without assisting Americans struggling with addiction, efforts to cut off supply and demand will be in vain.
To that end, the Trump Administration has taken steps to expand the supply of lifesaving naloxone to first responders nationwide.
The Trump Administration is working to expand access to evidenced-based addiction treatments in every State and to our Nation’s veterans.
Reforms to the criminal justice system are being made in order to identify and treat offenders already struggling with addiction.
The Administration increased funding for drug courts by 53 percent.
The Administration is providing State and local leaders with data to help coordinate and optimize efforts to combat addiction and overdose.
The Department of Housing and Urban Development has utilized its homeless service programs to treat substance abuse disorders throughout the Nation.
Additionally, President Trump’s workforce development efforts are expanding job retraining and apprenticeships to those recovering from drug addiction.