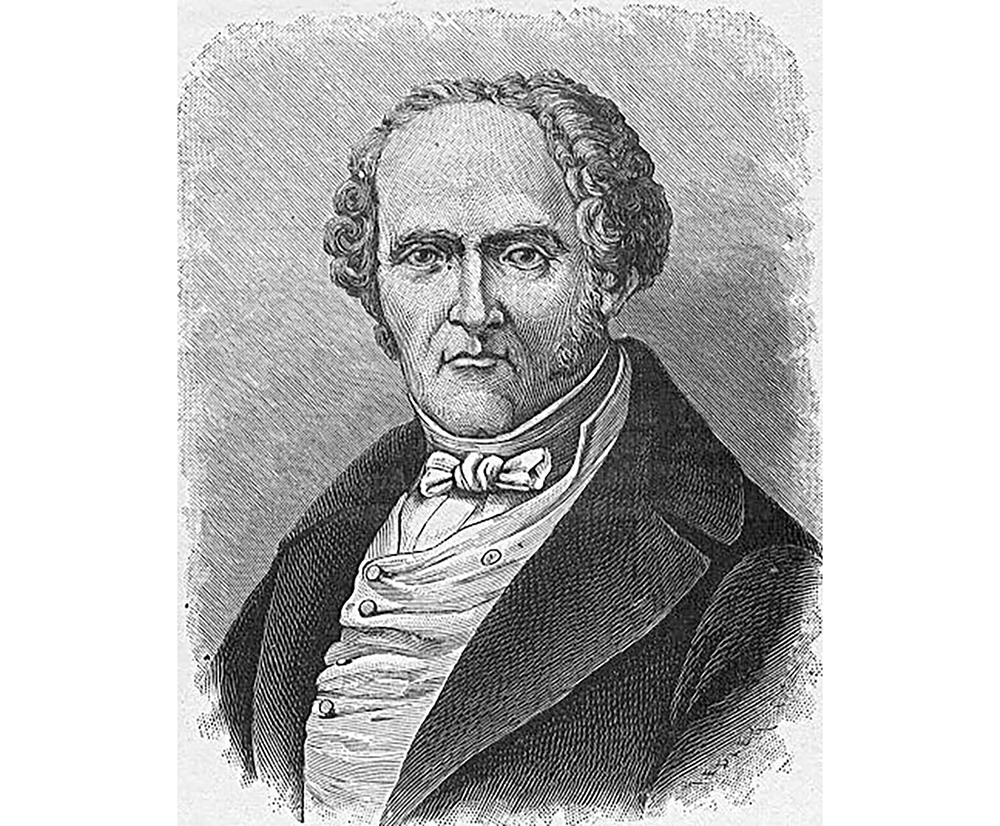 American socialism traces its ideological ancestry to Charles Fourier, a French socialist bigot who declared that Jews were the embodiment of capitalism, “parasites, merchants, usurers”, and the "incarnation of commerce: parasitical, deceitful, traitorous and unproductive". Photo Credit: Wikipedia

“Every government having regard to good morals ought to repress the Jews,” opined Pierre Leroux, the leftist credited with coining the term ‘Socialism’. “When we speak of Jews, we mean the Jewish spirit, the spirit of profit, of lucre, of gain, the spirit of commerce.”

“What is the worldly religion of the Jew? Huckstering. What is his worldly God? Money,” Karl Marx ranted.

American socialism traces its ideological ancestry to Charles Fourier, a French socialist bigot who declared that Jews were the embodiment of capitalism, “parasites, merchants, usurers”, and the “incarnation of commerce: parasitical, deceitful, traitorous and unproductive”.

Even the term ‘anti-Semite’ was popularized by Wilhelm Marr, the socialist founder of the League of Antisemites. The inventor of anti-Semitism’s arguments were the same ones put forward by Marx, Fourier, H.G. Wells, Lenin and countless other socialists. The Jews were all about the ‘Benjamins’. They started wars. They were disloyal and manipulated society. They were a dangerous foreign element.

These are the same tropes that were put forward by Rep. Ilhan Omar and defended by her socialist allies in the House Progressive Caucus and across the media. Anti-Semitism is one of the meeting points between socialists and Islamists. The more anti-Semitism she spews, the more Rep. Omar unites the identity politics caucus of minority group racial nationalists and Islamists, with the traditional Left.

Anti-Semitism isn’t just a historical relic and Rep. Omar isn’t an outlier. The Democratic Socialists of America are rotten with anti-Semitism. Before she was defending Omar, Rep. Alexandria Ocasio Cortez was chatting with Jeremy Corbyn. The British Labour leader has been widely condemned for his anti-Semitic remarks and for backing anti-Semitic allies whose hatred has been even more open than Omar’s.

The DSA endorsed Maria Estrada, a California State Assembly candidate, who had praised Farrakhan, accused Jews of exploiting the Holocaust, and attacked a Jewish Democrat for not keeping “your party, your religion and your people in check.” It’s unsurprising that the DSA announced that it “stands” with Omar. Socialism doesn’t just have a history of anti-Semitism, but a burning problem right now.

The DSA loudly cheered a Corbyn representative at its 2017 convention even while British Jews and non-Jews were condemning Labour’s descent into anti-Semitism. Jewish Labour members have been forced out or have since announced that they were leaving on their own. One of them was MP Ian Austin, the son of a Holocaust survivor, who condemned its “culture of extremism, anti-Semitism and intolerance”.

Also at the DSA convention was a representative from Melenchon’s France Insoumise.

Jean-Luc Mélenchon, an ally of the Communist Party, responded to anti-Semitic violence accompanied by cries of, “Death to the Jews”, by claiming that they embodied French values while accusing Jews of dual loyalty for protesting in support of Israel. Then he attacked CRIF, the umbrella group of Jewish organizations in France for accusing leftists of anti-Semitism. There was no room in France, he bloviated, for “aggressive communities that lecture the rest of the country.”

Corbyn and Melenchon come by their anti-Semitism honestly. They’re the vanguard of socialist political movements that were anti-Semitic from their very origin.

Labour’s anti-Semitism problem dates back to Henry Hyndman, the founder of England’s first socialist party, and then of the National Socialist Party, which eventually became part of the Labour Party.

Hyndman was refreshingly blunt when explaining the necessity of melding anti-Semitism and socialism, “the attack upon the Jews is a convenient cover for a more direct attack at an early date upon the great landlords and Christian capitalists.”

The, “first we come for the Jews” approach is an innate strategy of extremist political movements.

Rep. Omar would much rather tap into anti-Semitism and turn the conversation to Israel, then discuss her past sympathy for Islamic terrorists. Rep. Alexandria Ocasio Cortez would rather turn the conversation away from why she believed we shouldn’t have gone after Al Qaeda in Afghanistan with a defense of Omar. Jews are a small and controversial minority. That makes them a good target for socialists, national and international, to make it seem as if their extremism only threatens the Jews.

Not the general public.

The division between anti-Semitism and anti-Zionism is a scam. Anti-Zionism is just a means of attacking American foreign policy by exploiting anti-Semitic stereotypes. Attacking Israel in support of Islamic terrorism allows leftists to use bigotry to shift the argument from our national security to Jewish conspiracies. Much as Hyndman rallied opposition to the Boer War by calling it a “Jew War”.

Anti-Zionists believe that the terrorists are right and that America, Israel and any nation that resists them deserves to lose. This toxic point of view goes over better with a spoonful of anti-Semitism.

The 20th century was rich with examples of socialists not named Adolf using Jews as scapegoats for the failures of their economic programs. After denouncing Stalin’s crimes, Khrushchev set out to improve his popularity by executing Jews for “economic crimes”. This was a continuation of a Stalinist program that attempted to blame the USSR’s food shortages on Jews with show trials and brutal killings.

The Jews put on trial were accused of not just selling food on the black market, but of colluding with Rabbis, Zionists and the entire spectrum of anti-Semitic conspiracy theories. Between 1962 and 1964, Khrushchev had over 70 Jews executed through these show trials even as the food shortages continued.

But we don’t have to turn to the Soviet Union to see examples of socialist anti-Semitic scapegoating.

August Bebel famously dismissed Anti-Semitism as “the socialism of fools”. But it’s hard to have socialism without anti-Semitism. Successful socialist movements unite different economic classes. Socialists from Marx to Hitler turned to anti-Semitism because traditional anti-Semitic stereotypes made their attacks on capitalism and the free market connect with a populist audience uninterested in theory.

As the Democrats embrace the socialist dog, the anti-Semitic flea comes with it. Political extremism brings with it a host of fringe theories and beliefs. A Democrat Party that moves leftward will open the doors to anti-Semites, but also to people who believe in UFOs and that lizard people walk among us.

But anti-Semitism is also deeply linked to socialism and its ideological stereotypes, the greedy capitalist and the warmongering businessman, inescapably express themselves in the language of anti-Semitism. Rep. Omar didn’t utter new ideas about Jews, but very old ones. And these ideas have nothing to do with Israel. They predate the Jewish State and even an organized Zionist political movement.

The Jew was the classic socialist villain because he showed that free markets can empower individuals. Socialists were obliged to disprove the legitimacy of Jewish entry into the middle class by employing classic anti-Semitic stereotypes. The same problem bedevils today’s socialists who have replaced class with race, but still have to contend with the economic successes of Jews and Asians despite racism.

Jewish success disproves socialism and identity politics. It can only be met with anti-Semitism. And then the very element that disproves socialism instead becomes proof that we desperately need big government to protect us from the Jews. The same rhetoric at the heart of National Socialism is lurking there in the bowels of all socialism, from the New Deal to the Union of Soviet Socialist Republics.

In the realm of foreign policy, Israel’s successful resistance to Islamic terrorism must also be disproven so that the United States and other countries do not decide to adopt it as a model. The same anti-Semitic stereotypes that socialists used to inveigh against the Boer War, WW1 and any conflict in the last century, are once again deployed, this time using anti-Semitism to stigmatize counterterrorism.

Socialist anti-Semitism isn’t new. Rep. Omar’s controversy is a variation on an old theme. Variations on it are currently burning through the UK and France as they have for over a hundred years.