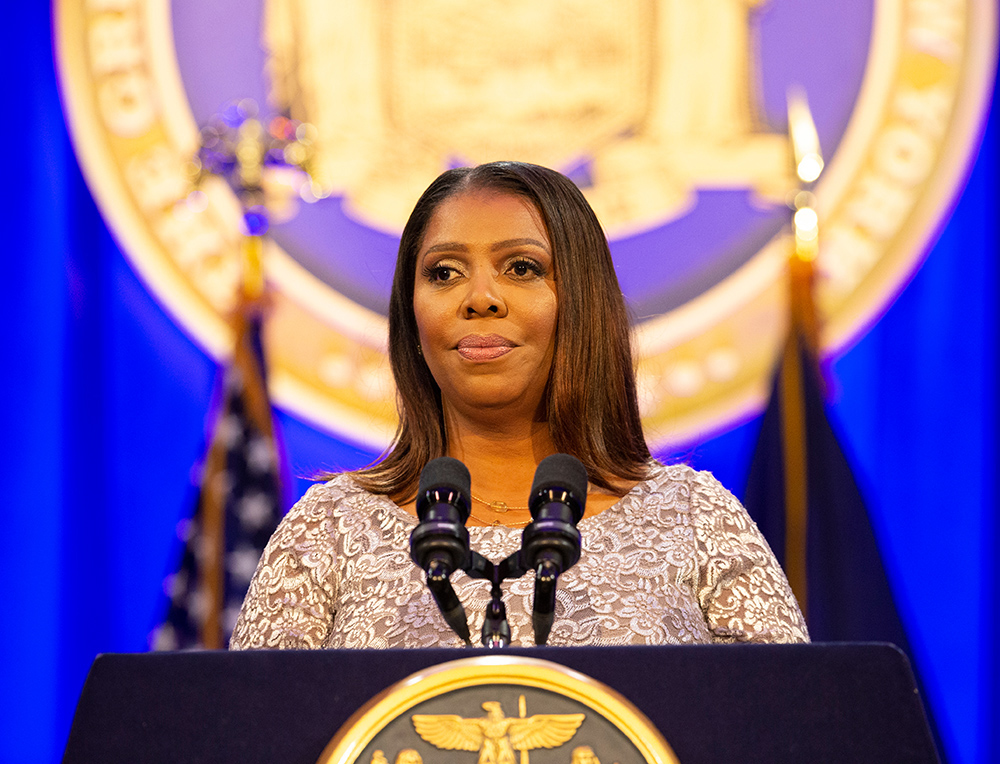 New York’s Democratic Attorney General Letitia James said in court papers this week that she wants to see President Donald Trump pay a penalty of $5.6 million over and above $2.8 million in restitution for spending money from his charitable foundation on business and political purposes. Photo Credit: Shutterstock

New York’s Democratic Attorney General Letitia James said in court papers this week that she wants to see President Donald Trump pay a penalty of $5.6 million over and above $2.8 million in restitution for spending money from his charitable foundation on business and political purposes, the New York attorney general told a judge in seeking a ruling without a trial.

“Neither Trump nor his three eldest children, all of whom had senior roles at the Donald J. Trump Foundation, have provided evidence rebutting the state’s claims that they failed to meet as a board, oversee grant-making or implement policies to protect the charity’s funds from abuse,” reported Crain’s New York Business.

“In this vacuum of oversight and diligence, Mr. Trump caused the foundation to enter repeatedly into self-dealing transactions and to coordinate unlawfully with his presidential campaign,” noted James in the Crain’s article.

“A day after issuing the subpoenas, James, who took office in January, lobbied legislators in Albany to loosen the double jeopardy “loophole” that prohibits state prosecutors from bringing similar charges against individuals pardoned from federal charges,” noted the New York Post.

Just this month, James joined a coalition of Attorneys General from across the U.S. in suing to stop the Trump Administration from implementing a new rule that would weaken employers’ public reporting obligations of workplace injuries and illnesses.

Filed in U.S. District Court for the District of Columbia, the lawsuit challenges an “illegal and unjustified” attempt by the Occupational Safety and Health Administration (OSHA) to roll back requirements it issued in 2016 for the electronic reporting of workplace injury and illness information.

In 2016, James office said in a press release, OSHA touted the electronic reporting requirements as vital because they would help OSHA and states better target workplace safety enforcement programs, encourage employers to abate hazards before they resulted in injury or illness, empower workers to identify risks and demand improvements, and provide information to researchers who work on occupational safety and health.

“By making public reports of workplace injuries and illnesses harder to access, the Trump Administration is jeopardizing the health, safety, and wellness of our workers,” said James “Simply put: we cannot properly tackle workplace safety issues if we do not know about them. Every worker deserves a safe work environment and my office will continue to fight to ensure that no New Yorker is put in harm’s way.”