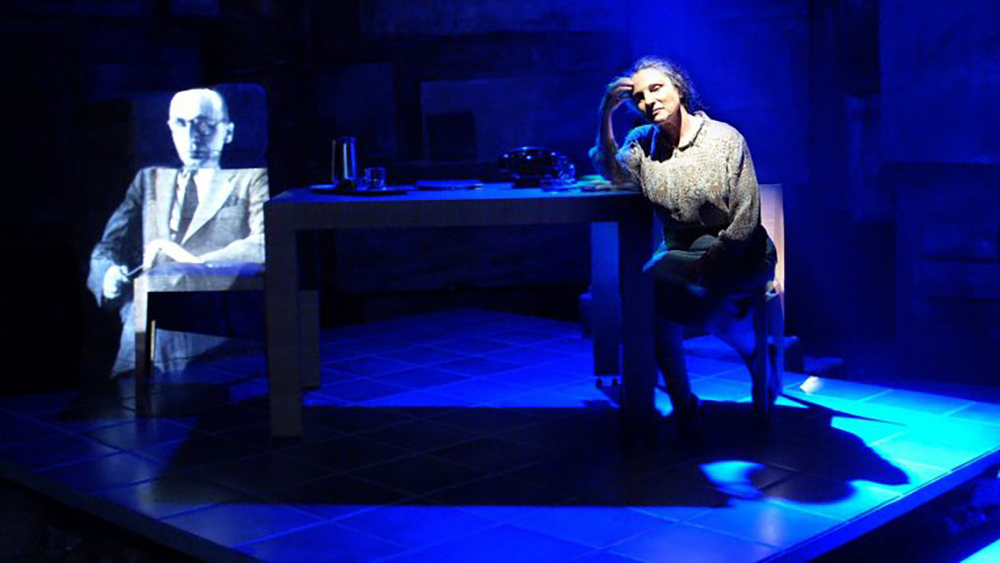 Golda’s Balcony, the Film, a cinematic event about Golda Meir’s extraordinary life and legacy, will be followed by a post-screening Q&A with the production’s star, Tovah Feldshuh, via Skype on April 6. Photo Credit: Jacob Burns Film Center

From April 2-17, 2019, the 18th annual festival features numerous highlights, including a special tribute to and two Skype interviews with actor-writer-director Carl Reiner

The Westchester Jewish Film Festival (WJFF) presented by the Jacob Burns Film Center (JBFC) is pleased to announce a compelling lineup comprised of a robust mix of 42 documentaries and narrative films, as well as 12 episodes of the hit comedy series The New Black (Shababniks), plus all five episodes of the dystopian drama Autonomies.

The festival spans two and half weeks from April 2-17, 2019, with all screenings and events taking place at JBFC, a nonprofit cultural arts center and one of the most successful suburban film houses in the country located in Pleasantville, NY. Presale tickets are available for members starting on March 5 at noon, while tickets will be available to the general public on March 8 at noon.

On Tuesday, April 2, the festival will kick off with not one but two unique programs. In one theater, they’ll present the New York premiere of award-winning Israeli filmmaker Yair Lev’s You Only Die Twice, an astonishing and suspenseful documentary thriller with splashes of humor at just the right moments. At the same time, the JBFC will show the first four episodes of The New Black (Shababniks). Following the screenings, everyone will come together to toast the series at a celebratory reception in the JBFC’s Jane Peck Gallery.

Festival highlights from Israel and around the globe (including France and Hungary):

In addition to the lengthy slate of engaging, thought-provoking films, there will be a variety of compelling filmmaker Q&As, including:

The Westchester Jewish Film Festival is sponsored by the AJC of Westchester/Fairfield, The David Berg Foundation, Roberta & Joseph Rosenblum, and Harriet Blumencranz & Paul Willensky. The series is presented in association with The Jewish Week Media Group, with support from Cuddy & Feder LLP, Downtown Investment Advisory LLC, and Ganer + Ganer PLLC.

The 2019 Westchester Jewish Film Festival is curated by Bruni Burres, who has worked for over 20 years at the intersection of arts, culture, and human rights as a festival director and curator, media educator, creative producer, and social media strategist. Burres is currently a senior consultant with the Sundance Institute’s Documentary Program and the cowriter and associate producer of Beyond My Grandfather Allende, which won Best Documentary at the 2015 Cannes Film Festival. From 1991 to 2008, she was the director of the Human Rights Watch Film Festival.

Please visit https://burnsfilmcenter.org/series/westchester-jewish-film-festival-2019/ for the full lineup and program for this year’s festival.

Jacob Burns Film Center is a nonprofit arts and education hub located on a three-building campus in the New York Metro area. The JBFC brings the transformative power of film to the surrounding community through unique programming and discussion, shared experiences, and educational initiatives. Since opening in 2001, over 3,000,000 people have enjoyed the best of current American and foreign cinema, unique film series, and special events at the five screen theater complex. A pioneer in visual literacy education, the Jacob Burns Film Center offers courses in filmmaking, screenwriting, and animation for students of all ages at our state-of-the-art Media Arts Lab and develops curriculums for schools throughout the region.