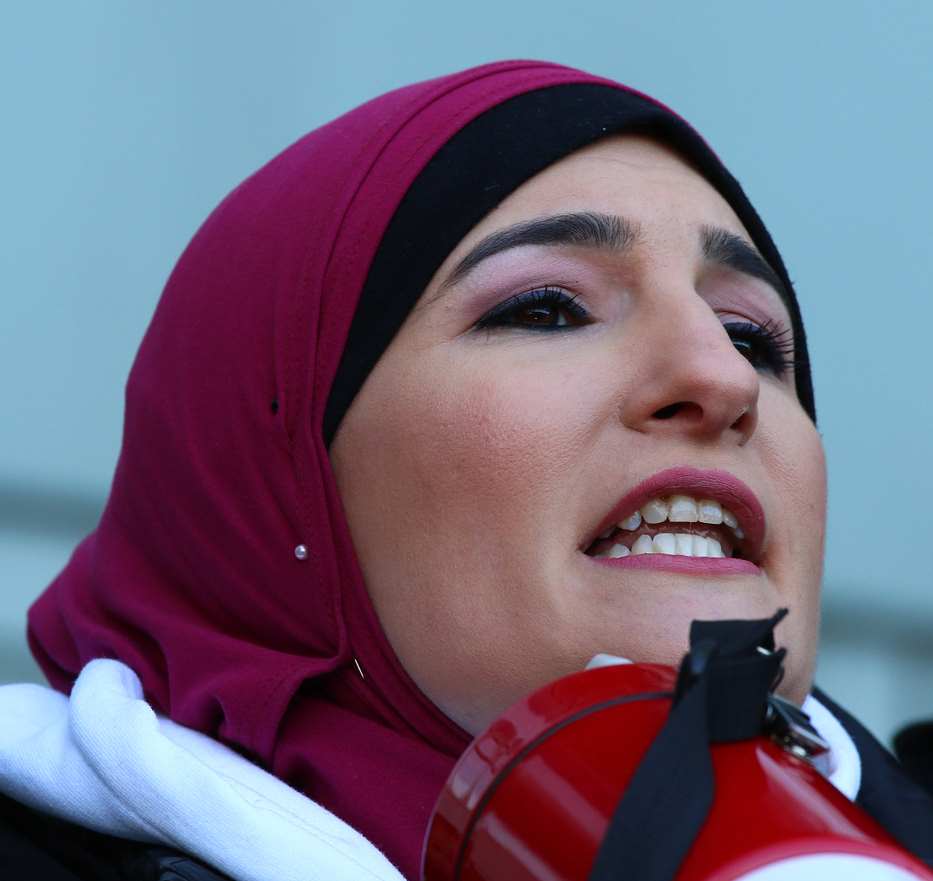 The turnout to support Ms. Sarsour was widely considered a disappointment, after former New York state Assemblyman Dov Hikind held a counter-protest against Ms. Sarsour and in support of Councilman Yeger.

“Palestine does not exist. There, I said it again. Also, Congresswoman Omar is an antisemite,” Mr. Yeger said Wednesday in a tweet, in response to Bklyner staff writer Zainab Iqbal.

“Brooklyn council member calls Ilhan Omar an antisemite,” Iqbal said Wednesday in a tweet, prompting Mr. Yeger to respond. “This is the same council member who has repeatedly said that Palestine does not exist and refers to them as so-called Palestinians.”

Ms. Sarsour, a known anti-semite responded to Mr. Yeger’s statement, calling for his resignation from the council’s immigration committee.

“Yeger needs to be removed from the Immigration Committee and apologize publicly to Palestinian New Yorkers,” she tweeted.

“There is no state by that name; there is no place by that name,” said Mr. Yeger, doubling down on his initial statement. “That’s a fact. I did not make it up.”

New York City Council speaker Corey Johnson called for Mr. Yeger to apologize for what he described as “dehumanizing” remarks.

“My personal viewpoint is I think those comments make me uncomfortable in having someone [who] holds those viewpoints on a committee that is supposed to welcome all immigrants,” he said, according to the New York Post.

“Whatever the speaker wants to do is fine by me,” Mr. Yeger said regarding the prospect of him being booted from the immigration committee, according to The Post. “I didn’t ask to serve on the Immigration Committee. If he wants me there, I will be there. If he doesn’t want me there, then that’s the speaker’s choice.”

“If the media wants to go after Kalman Yeger for this, they’ll need to go after hundreds of thousands of his fellow New Yorkers who believe the same,” Yosef, a man from New York, said on Twitter. “Enough is enough…we don’t have to blindly follow the new progressive dogma.”

Mr. Hikind organized the counter-protest which occurred at the corner of 16th Avenue and 44th Street, with hundreds of supporters ultimately joining him.

“We must show up in force to defend our local councilman Kalman Yeger who’s being unfairly targeted by an antisemite and well-known terrorist supporter,” said Dov Hikind, describing Ms. Sarsour, prior to the counter-protest.

“His fellow councilmen have the audacity to call for his removal from the city’s Immigration Committee all the while they remain silent as Congresswoman Ilhan Omar spews her antisemitic vitriol week after week,” Mr. Hikind said in a statement. “Not only will we fight for our councilman and his right to state historical facts without being bullied by a hateful contingency ready to pounce on anything they can twist into a misstep, but we will continue to pursue haters like Omar because they’re the ones who have to go.”

Following Thursday’s protest, Mr. Hikind said that he “couldn’t be more proud” of the Jewish community in Brooklyn for defending Councilman Yeger, who he described as being under attack “by a hoard of antisemites.”