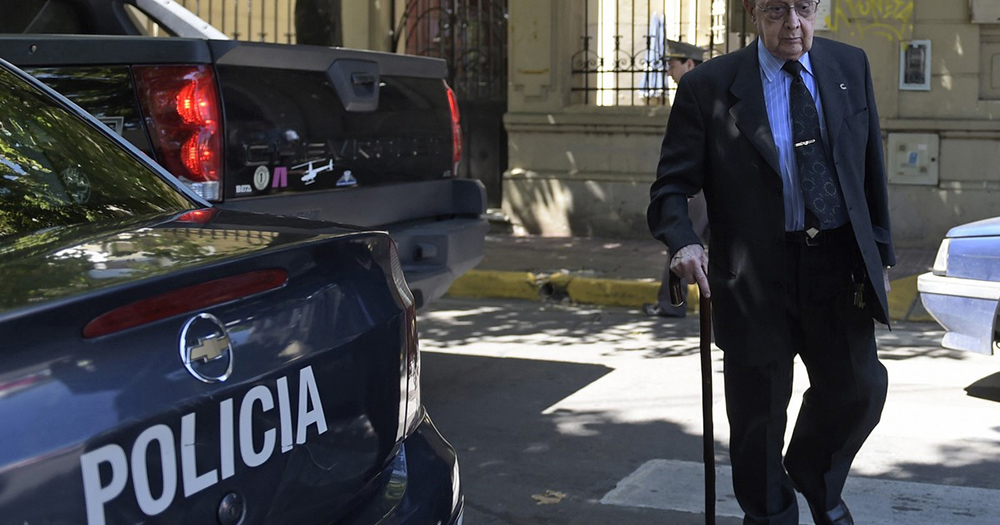 Oswald Hugo Raffo was 88 years old and had a flawless career: he was the most important forensic doctor in the history of Argentina, having intervened in the most significant cases, such as Nora Dalmasso, María Garcia Belsunce, José Luis Cabezas, Candela Rodríguez, Angeles Rawson , the tragedy of Cro-Magnon and prosecutor Albert Nismana, who said he had been killed. Photo Credit: Googleness

Argentinian pathologist Osvaldo Raffo, who fought for justice, was found dead in his apartment with a suicide note at his side.

Prominent Argentinian pathologist Osvaldo Raffo, who declared that a prosecutor investigating an alleged government cover-up in the country’s most infamous terrorism case was murdered – and that it was not an act of suicide – died Monday, ostensibly by his own hand.

Raffo, 84, was found dead of a gunshot wound in his Buenos Aires apartment by his caretaker. There was a hand-gun next to his body as well as a signed note saying that he could no longer stand the pain and that no one else should be blamed for his death.

Raffo was suffering from a serious disease. The gun was registered in his name, the apartment was tidy, and there was no sign of forced entry. The police have therefore concluded that there was no foul play involved in his death.

Raffo was a well-known expert in his field, having performed more than 20,000 autopsies and written several books on investigating crime scenes and criminal pathology. He provided his professional forensic opinion in several of the most famous deaths in the country over the years, including that of Alberto Nisman.

Nisman, a Jewish special prosecutor, was found shot in the head in January 2015 in his apartment. It happened just hours before he was to present an exhaustive report to the National Congress of Argentina that then-President Christina Fernandez de Kirchner and other government figures had covered up evidence linking Iran to the deadliest terrorist attack in the country’s history – the 1994 bombing of the AMIA Jewish community center in Buenos Aires that killed 85 people and wounded as many as 300.

The initial police report called Nisman’s death a suicide, but an independent investigation led by Raffo concluded that he was murdered. The findings eventually led to a reopening of the case.

Damian Pachter, the journalist who first reported Nisman’s death and questioned whether it was suicide, told Israel Hayom Tuesday that Raffo was “the first and only one who said that Nisman had been murdered, and went against the stream in those days when everyone claimed the opposite….

“He knew no fear at that difficult time and didn’t hide his opinion in public, so that Nisman’s death would be investigated to the end and justice would be served.”