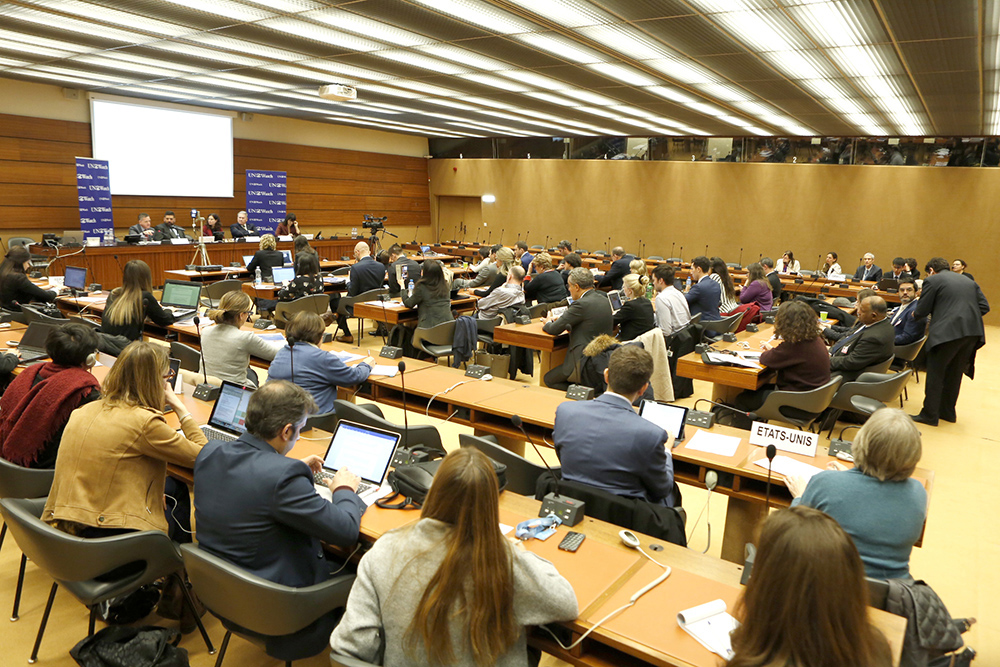 In testimony on Monday morning at the United Nations, a panel of military and legal experts rejected a report presented by the UN Human Rights Council which accuses Israeli soldiers of alleged “war crimes” and “crimes against humanity” on the Gaza border, and calls for their arrest. Photo Credit: UN Watch

In testimony on Monday morning at the United Nations, a panel of military and legal experts rejected a report presented by the UN Human Rights Council which accuses Israeli soldiers of alleged “war crimes” and “crimes against humanity” on the Gaza border, and calls for their arrest.

Speaking before diplomats and activists attending a side event in the UNHRC organized by the non-governmental organization UN Watch, Lieutenant Colonel Geoffrey S. Corn (ret.), a law professor who formerly advised the U.S. Army on the laws of war, and Col. Richard Kemp, the former commander of British forces in Afghanistan, cited structural, legal and operational defects with the UN’s inquiry, and said the report promoted false claims.

By wrongly framing the Gaza border violence as “predominantly civilian protests,” said Corn, “the Commission of Inquiry distorts the reality of what it confronted.”

“By omitting from the UNHRC inquiry reports of the use of human shields by Hamas, the report incentivizes these terror tactics in the future, and the risk posed to the civilian population of Gaza is exacerbated. If we are really concerned about mitigating harm done to civilians, we should be condemning Hamas’ actions and this report,” he said.

The UN report called on the UN High Commissioner for Human Rights “to manage the dossiers on alleged perpetrators,” referring to Israeli soldiers, “to be provided to the International Criminal Court.” In the UNHRC plenary this morning, council members Pakistan, Cuba, Iraq, Qatar, Saudi Arabia and others welcomed the report, as did observer states such as Syria, Venezuela and Russia.

Kemp, an expert on national security and counter-terrorism, had testified before the UN inquiry, and was present at the Gaza border himself.

“The United Nations has played directly into Hamas’ hand and the UNHRC is but an instrument of Hamas terrorism. This report, as well as countries that vote for it, encourage Hamas towards further terrorism in the future,” he said, adding that his personal testimony to the inquiry was completely ignored in the report.

Dr. Einat Wilf, a former member of Israel’s parliament and co-author of “The War of Return,” said that understanding the motivations of Palestinian “marchers” is crucial to considering the Israeli response.

“Those who come to the border marching in the name of the so-called ‘right of return’ are not rioting against Israel’s blockade, but rather are coming to destroy Israel. This needs to be understood as a declaration of war, and nothing less than that. The Israeli response cannot be understood if this is not understood,” she said.

Joe Truzman, an expert on Palestinian militant groups active on the Gaza border with Israel, presented evidence revealing false accusations and omissions of key facts in the UN report, including that five “victims of IDF gunfire” named in the report were actually members of militant groups including Hamas.