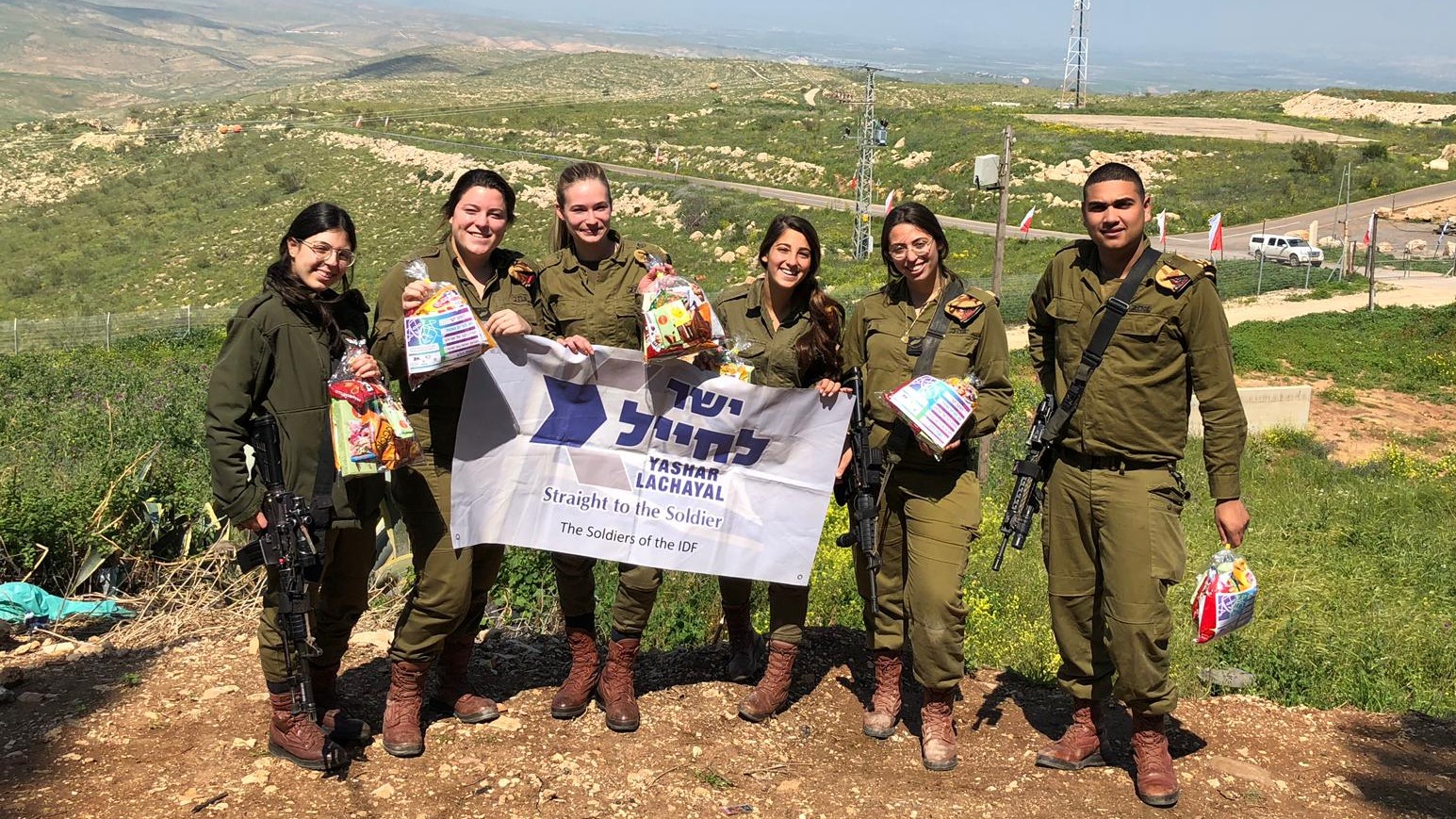 Yashar LaChayal, a non-profit organization which provides humanitarian support
to Israel’s soldiers, annually invests much thought and effort into its Purim programming on the
soldiers’ behalf, and this year was no exception. Soldiers of the Israel Defense Forces were obligated
to be vigilant and on guard throughout the holiday, missing parades, parties, and holiday time with
their families. However, Yashar LaChayal was able to bring holiday cheer to them, making sure that
they felt loved and appreciated.

This year Yashar LaChayal and the organization’s partners distributed 7,000 Mishlochei Manot, the
traditional Purim gift of sweets and snacks. Some of them were delivered to the organization’s
“Warm Corner” rest stations, located at the entrances of towns frequented by army patrols, which
are generally stocked with free food and beverages for the soldiers’ benefit. Some were personally
delivered to army bases, and others given to soldiers on patrol and guarding throughout the country.
Yashar LaChayal had the privilege of providing Mishlochei Manot to many of the Border Patrol units
in Jerusalem! These brave soldiers serve in one of the holiest cities in the world, and specifically in
the city’s most dangerous neighborhoods. The Border Patrol soldiers in the Old City and throughout
Jerusalem are on constant alert, and they most certainly deserved some sweets to remind them that
they are supported and cared for.

In addition to Jerusalem’s Border Patrol units, Yashar LaChayal also delivered snack bags to the
organization’s newly adopted Border Patrol unit in Beit Horon! Representatives of the organization
enjoyed a wonderful adoption ceremony and had a great time handing out Mishlochei Manot.
Yashar LaChayal also visited the Michmash base and handed out snack bags to a bunch of female
soldiers who had just enlisted two days before. Besides distributing the Mishlochei Manot, Yashar
LaChayal was able to wish the new recruits the best of luck in their army service.
Yashar LaChayal also stopped by Giv’at Asaf, where this past December a terrorist killed St.-Sgt.
Yuval Mor Yosef and Sgt. Yosef Cohen, four days after carrying out an attack in Ofra, killing Amiad
Israel Ish-Ran, an unborn baby. It was very important for Yashar LaChayal to stop by the neighboring
base to spread some holiday cheer to the Nachshon Battalion soldiers who are serving in such a
dangerous and sensitive area.

One of Yashar LaChayal’s final Purim events was a “soldier appreciation night” for the soldiers of the
Yehuda region. 350 soldiers were treated to a wonderful dinner and then a performance by a
professional mentalist who kept all the soldiers entertained and laughing! In attendance were
soldiers from the Golani Brigade, the Givati Brigade, Home Front Command, the Combat Engineering
Corps, and the Border Patrol – all units who are charged with the safety and security of the Hebron
area.
After an exhausting but rewarding Purim, Yashar LaChayal cannot rest for a moment. In a few weeks,
the organization will be distributing hundreds of Passover food packages to needy soldiers and
bereaved families of those who fell in Israel’s defense. To learn more about the organization, please
visit www.yasharlachayal.org