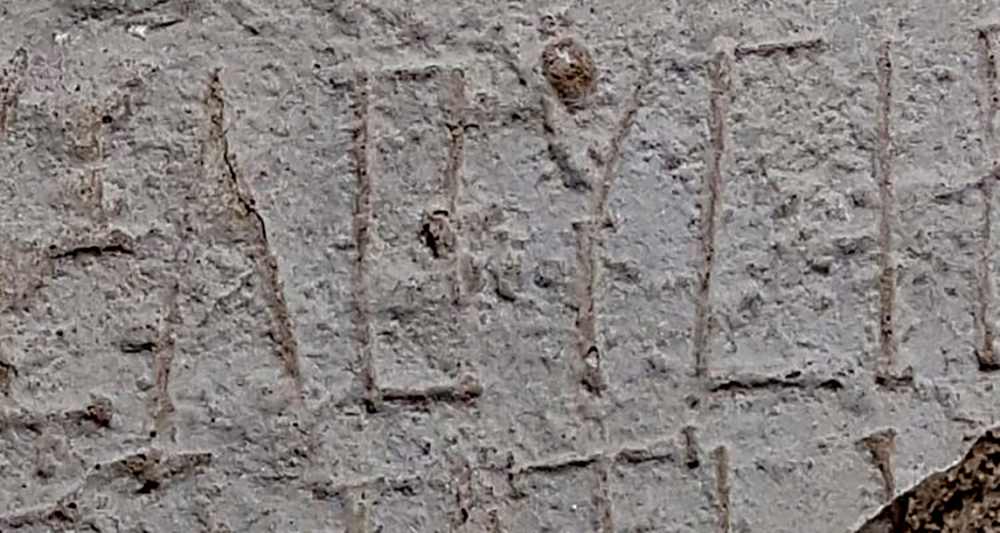 The discovery of the name of an ancient city in archaeological investigations is a relatively rare occurrence.

Israeli archaeologists have recently uncovered a 1,700-year-old inscription in Greek bearing the name of the city of “Elusa,” known in modern Israel as Halutza, during excavations at the ancient city in the Negev.

The discovery of the name of an ancient city in archaeological investigations is a relatively rare occurrence. Elusa’s name appears in a number of historical documents and contexts, including the Madaba mosaic map, the Nessana papyri, and other historical references, but this is the first archaeological evidence of the name from the site itself.

The inscription mentions several Caesars of the Tetrarchy, The Rule of Four in the Roman Empire, which enables the dating of the discovery to around 300 CE.

Elusa was founded towards the end of the 4th century BCE as an important station along the Incense Road, the ancient road between Petra and Gaza. The city continued to develop, reaching its peak in the Byzantine period in the fourth to mid-sixth centuries CE. In that period, it was inhabited by thousands of residents and was the only city in the Negev.

The recent excavation season at the site also brought about the unearthing of a bathhouse and Byzantine church. The 40-meter-long three-aisled church contained an eastward apse, with its vault originally decorated with a glass mosaic. Its nave was decorated with marble.

The recovery project at the site included a combination of surveys and technological methods such as geophysical surveys and remote imaging in order to map the ancient city and its surroundings. The researchers succeeded in reconstructing the plan of the city and identifying its streets which were often accompanied by porticoes and blocks of buildings, all of which display elements of both western and eastern planning and construction.

The surveys have also revealed the presence of nine churches, a huge Peristyle building, maybe a market building, and the existence of at least three pottery workshops.

Erickson-Gini explained that “the export of high-quality wine from the Negev Highlands in the Byzantine period was responsible for economic prosperity that affected the entire region. Elusa was also an important station on the route used by Christian pilgrims on their way to and from Santa Katarina in southern Sinai, and as such was visited by many foreign travelers.”

The site appears to have ceased to have been inhabited by the end of the seventh century CE, but its name was preserved by the Arabic name of its ruins: ‘el-Khalassa’.

Erickson-Gini further noted that the site was used as a source of building stone for Ottoman Gaza and Beer Sheba until the British Mandate period, and as a result, a few building remains can be seen on the surface currently, even as much of the site is hidden under the sand.