Tel Aviv is a strong contender for Israel’s most fun city. The beach, the sun and the beautiful people all make it a fabulous destination for anyone visiting Israel.

But like any other city in the world, it is also home to private lives marked by love and sadness, tragedy and triumph. The city also has a complex and complicated history.

Here are our top reads to immerse yourselves in Tel Aviv’s inner depths for a completely sweeping experience of “the city that never stops.” 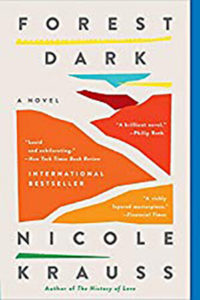 Forest Dark, by celebrated American author Nicole Krauss, like her previous novels cleverly touches on the subjects of memory, what it means to be Jewish and Israel itself.

Exploring the tales of two American Jews who’ve come to Tel Aviv to embark on a personal journey intertwining their past and present, the novel is the perfect read for those seeking contemplation far away from home. 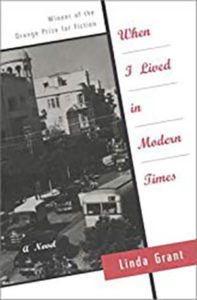 When I Lived in Modern Times by Linda Grant

A tale of a young British Jewish woman in Mandatory Palestine, When I Lived in Modern Times offers a fascinating, fictional glimpse at what life was like in pre-state Tel Aviv under the shadow of British rule.

Encompassing history, love, espionage and action, the Orange Prize winner is a unique coming-of-age story of both the heroine and the country taking shape around her.

Enjoy this while marveling at Israel’s most modern city, which not long ago was the small immigrant town described in the novel. 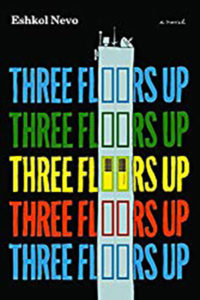 Three Floors Up by Eshkol Nevo

This latest novel by one of Israel’s best-loved contemporary writers tells the story of three neighbors in a Tel Aviv building whose lives are not exactly what they imagined they’d be.

Three Floors Up follows these neighbors as they try to bring change in slightly unusual ways, and touches upon the complex reality of otherwise ordinary-seeming people living in Israel. Let’s just say you’ll be looking at Tel Aviv’s dense apartment buildings with new eyes. 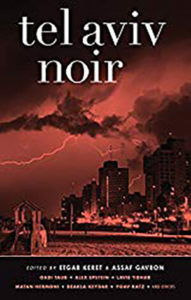 The Tel Aviv Noir anthology is part of global series of noir volumes on numerous cities around the world. The Israeli contribution showcases the city’s less-known underbelly where glitz and glam are replaced with prostitution, murder and unfortunate lives described in a collection of short stories.

The anthology also brings to the fore young Israeli writers previously unpublished in English, making this a local, riveting read in its immediate settings. 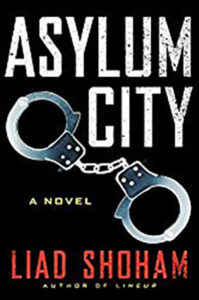 If your vacation is not complete without a good thriller, we recommend Asylum City by Liad Shoham, a crime novel exploring the suspicious death of a social activist in Tel Aviv.

Shoham gives his readers a rather rare glimpse of the difficult local world of asylum seekers, crime organizations and the police, and is sure to delight fans of the genre.

Others, though, had better avoid reading it prior to heading out to the city in the dark. 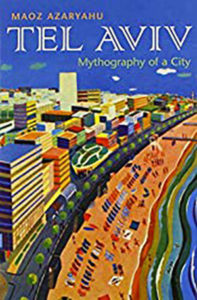 Tel Aviv: Mythography of a City by Maoz Azaryahu

If your vacation is not complete without a good thriller, we recommend Asylum City by Liad Shoham, a crime novel exploring the suspicious death of a social activist in Tel Aviv.

Shoham gives his readers a rather rare glimpse of the difficult local world of asylum seekers, crime organizations and the police, and is sure to delight fans of the genre.

Others, though, had better avoid reading it prior to heading out to the city in the dark.

Despite being a less-than-ancient city, there are plenty of myths pertaining to Tel Aviv. In Tel Aviv: Mythography of a City, Maoz Azaryahu combines cultural analysis and historical research to tackle three such big myths.

Up for discussion is Tel Aviv as “The First Hebrew City,” a “Non-Stop City” and “The White City.” History, ideology, culture, architecture and nostalgia are all dissected to explore the way we’ve been shaped to think of the place, making this an engrossing read for anyone wishing to get to grips with the city. 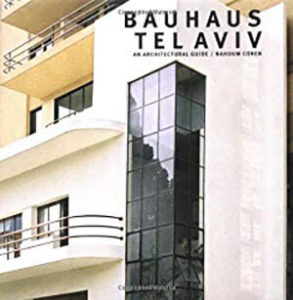 Ever wondered about the distinctly white, clean and modern style of many of Tel Aviv’s buildings? Well, you’ve certainly got an eye for detail, since some 4,000 buildings in Tel Aviv were constructed in the Bauhaus style in the 1930s and ’40s, leaving their architectural mark on the city and turning it into a UNESCO World Heritage Site.

In Bauhaus Tel Aviv: An Architectural Guide, Nahoum Cohen explores the history of the famed International Style in Tel Aviv, replete with Nazis, immigration, ideology and struggle. Soak up all the details and then take a thorough walk through the city to appreciate the magnitude and meaning of your surroundings.

Between Life and Death by Yoram Kaniuk

Yoram Kaniuk was possibly one of Israel’s most heartbreaking writers, sharing with readers his sincere memories and reflections on the many difficult times in his life, most notably his participation as a teenage boy in Israel’s War of Independence.

Between Life and Death is no different, describing in clear detail the months he spent at Tel Aviv’s Ichilov Hospital following illness and surgery. From this harsh setting, he revisits his childhood in Tel Aviv and his participation in the 1948 war, giving readers a memorable glimpse of a long-gone Tel Aviv and Israel and an intriguing, time-traveling tale. 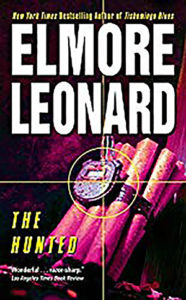 The Hunted by Elmore Leonard

Another great book for all those who eagerly wait to read a thriller while on vacation, Elmore Leonard’s The Hunted is an oldie but goodie.

The bestselling author’s crime fiction story takes place in 1970s Tel Aviv, and does a wonderful job describing its vibe and atmosphere – down to cafes, stores and even real-life alleyway shortcuts. It’s a perfect beach read, but don’t become so engrossed you forget to move into the shade a few hours in!

Yehoshua Kenaz’s Returning Lost Loves is another book that sheds light on seemingly ordinary, far-from-glamorous people living in Tel Aviv, coping with hardships, hopes and loves. The multiple plots go awry when the body of one of the characters is found dead in the basement.

The novel offers a sneak peek into the lackluster yet intriguing private lives of its protagonists which in turn greatly reflect the social and political upheavals the country as a whole has undergone, making it a must-read for all those wanting to further deepen their understanding of Israeli society.

The Seven Good Years: A Memoir by Etgar Keret

Widely considered to be the epitome of Tel Aviv-ness, Etgar Keret is one of Israel’s best-loved contemporary writers. His autobiography, The Seven Good Years: A Memoir, is a fun and funny book exploring the ups and downs of family life in Israel written in his trademark personal style.

The book is also on the slight side, making it a great pick for some brief holiday reading that’s not too heavy on history or politics and that still manages to bring to life what Tel Aviv is all about.