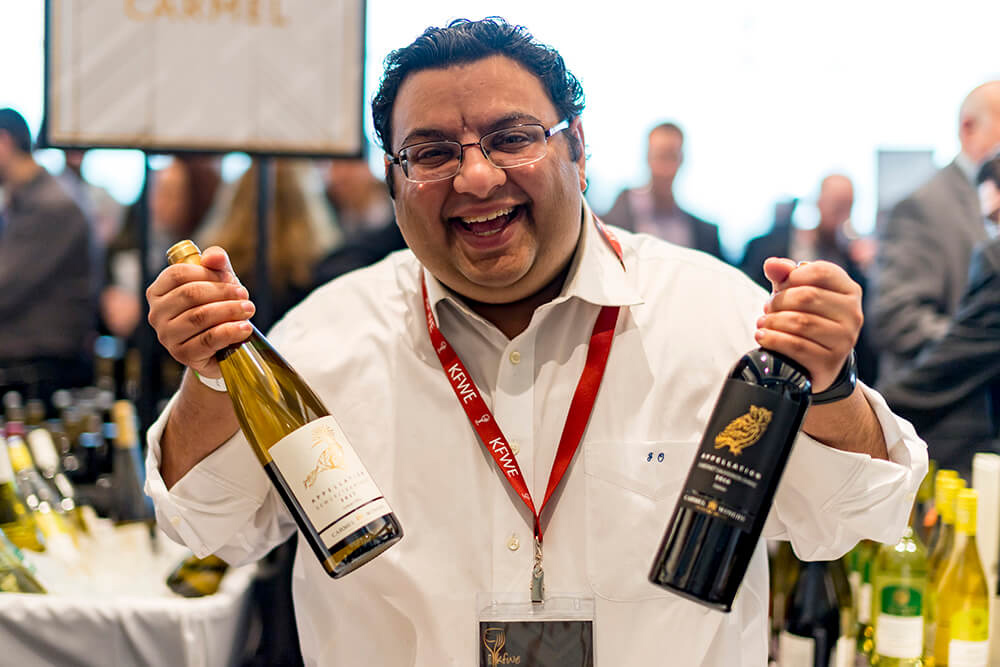 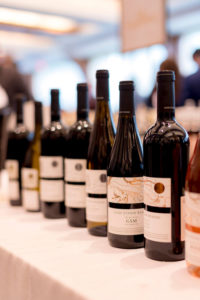 The Kosher Food & Wine Experience is produced each year by the Royal Wine Corporation. With annual shows in New York City, Los Angeles, and London, it has become largest exhibition of its kind.

This year’s KFWE coincided with the landmark 70th anniversary of the Royal Wine Corp. From its roots as a local producer of kosher grape juice and sacramental wine, Royal Wine evolved under the stewardship of the venerable Herzog family to become world’s leading producer, distributor, and importer of award-winning kosher wines and spirits.

This premier kosher showcase featured more than 400 intriguing kosher wines and spirits from around the world as well as trend setting cuisine from leading kosher chefs, caterers, restauranteurs and gourmet specialty companies.

Tickets sold out quickly to the 2019 KFWE as more samples of the latest products, limited editions and Passover delicacies than ever before were available to the throngs of kosher consumers who attended. 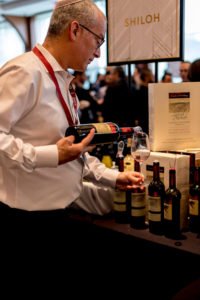 One notable addition to this year’s line-up is the Stoudemire Grand Reserve from the cellars of NBA star Amar’e Stoudemire. Made from premium grapes from Kfar Shamay vineyards in the Upper Galilee, only 1680 bottles of this Cabernet-Petit Verdot blend were produced.

Taking center stage once again at this year’s KFWE was Bordeaux. “Those who attended KFWE last year will remember the impressive showing of 2015 vintage Bordeaux,” said Gabriel Geller, wine blogger and public relations director for Royal Wine. “Experts say 2016 was another exceptional year, even surpassing 2015. We’re very excited that these magnificent wines are returning to the spotlight.”

Royal Wine also displayed some brand new wines that were made for the first time in a kosher run. According to Mr. Geller, they include: 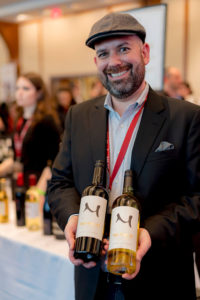 Chateau Clarke, Listrac-Medoc 2016: The Rothschild family and Royal Wine are celebrating the 30th anniversary of this flagship wine with a first kosher run of the estate’s Grand Vin.

Chateau du Tertre, Margaux 2016: This outstanding 5th Classified Cru from Margaux, owned and operated by Chareau Giscours, has come out with its first kosher cuvee.

Chateau Giscours, Margaux 2016: The first Grand Cru from Bordeaux’s left bank made a kosher run in 1993. Geller says the winery’s 2016 – its tenth kosher production – is perhaps its best yet.

Chateau Lacombes, Margaux 2016: The first kosher cuvee of this second growth Margaux was a sensation at KFWE last year. “The 2016 is a model of class and elegance, “ according to Geller.

Petit Guiraud, Sauternes 2017 and G de Chateau Guiraud, Bordeaux Blanc 2017: One of the most venerable First Cru sauternes estates, Chateau Guiraud, has returned to the kosher wine world after a 16-year hiatus.

Chateau Saint-Corbian, Saint Estephe 2016: Kosher wines from the Saint-Estephe appellation are a rarity. This wine features the classic characteristics of the region at an affordable price tag. 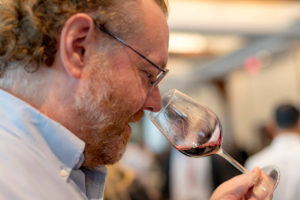 Connoisseurs of fine wine gathered at the 2019 KFWE

Chateau Montveil, Pomerol 2016: This amazing Pomerol from the respected Vignobles Pere-Verge estate has returned to the KFWE after an absence of several years. “When the winery released a 2014 kosher cuvee it was long sold out before the show,’ said Geller.

Also presenting its finest wines and even some library wines at the 2019 KFWE was the iconic Herzog Winery. The company has been producing award-winning wines from the most prestigious vineyards in California since the 1980s. “Quality is everything. Kosher is just something we ‘happen to be,’” said Jay Buchsbaum, Herzog’s Executive Vice President of Marketing and Director of Wine Education.

He added that, “Israeli wines are an unstoppable trend in the U.S. Retailers and restaurants recognize Israel as a region of world-class terroirs. They are fully on board, working with us to raise the profile of kosher wines that are on par with the greatest vintages from around the globe.”

Among the Herzog wines presented were: 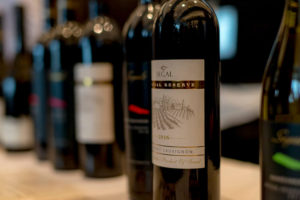 Herzog Special Reserve Albarino 2017 plays into the increasingly trendy Albarino, a Spanish white grape variety. It is just one of Herzog’s finest wines being shown at KRWE.

Pacifica Riesling 2017: From Washington state comes an off dry Riesling with a German-style profile.

Teperberg Providence 2013: Bold and complex, this New World blend is the new flagship wine from one of Israel’s largest wineries. 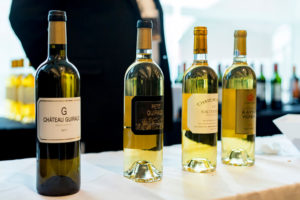 Petit Guiraud, Sauternes 2017 and G de Chateau Guiraud, Bordeaux Blanc 2017: One of the most venerable First Cru sauternes estates, Chateau Guiraud, has returned to the kosher wine world after a 16-year hiatus.

Founded in 1848, Royal Wine Corp. has been owned and operated in the United States by the Herzog family, whose winemaking roots date back eight generations to 19th century Czechoslovakia. 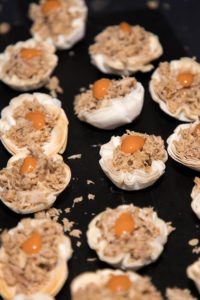 Today, Royal Wine Corp is the leading producer, importer and distributor of kosher wines and spirits, headquartered in Bayonne, NJ, offers more than 300 brands in its portfolio including Bartenura Moscato, the best-selling Italian Moscato in America (kosher or not) which they own.

Their portfolio of domestic and international wines hail from nearly every significant wine producing region in the world including California, France, Italy and Spain, as well as Israel, New Zealand and Argentina.

Additionally, Royal Wine Corp. imports, produces and distributes a growing portfolio of spirit and liqueurs which includes many sought after scotches, bourbons, tequilas and vodkas as well as hard to find specialty items such as flavored brandies and liqueurs. 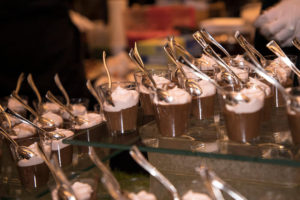 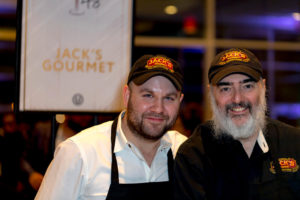 Kosher.com, a Jewish lifestyle and entertainment website featuring thousands of kosher recipes and over 18 original cooking shows, was among the dozens of vendors on hand. Editor Chanie Nayman remarked, “The kosher industry is more robust and more sophisticated than ever, and it’s showing no sign of slowing down. Not only are kosher eateries are popping up all over the country, but everyone from home cooks to professional chefs are taking grandma’s kitchen legacy to an entirely new level.” 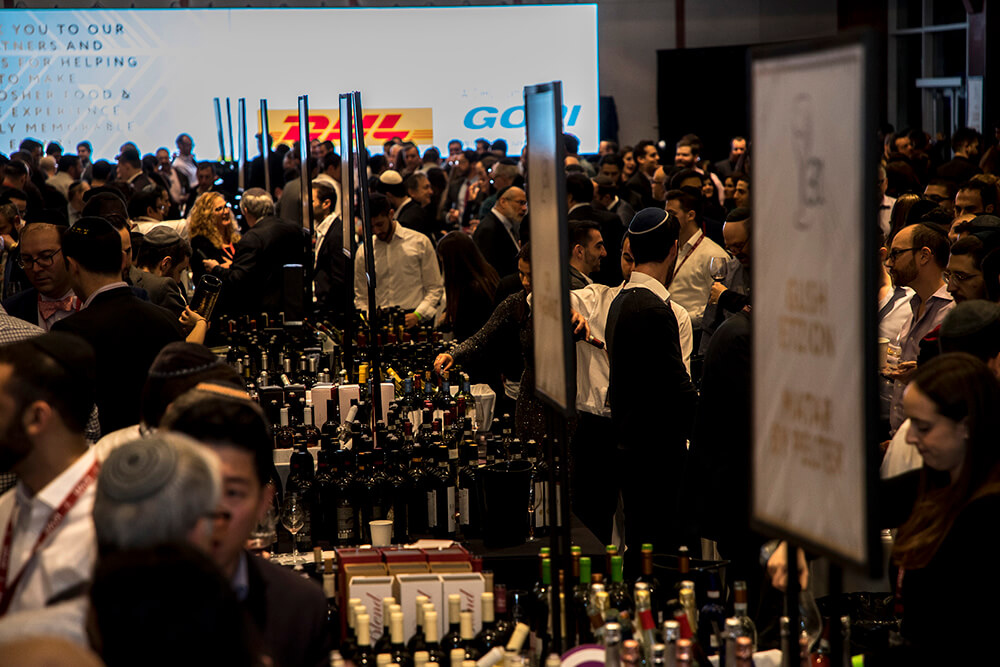