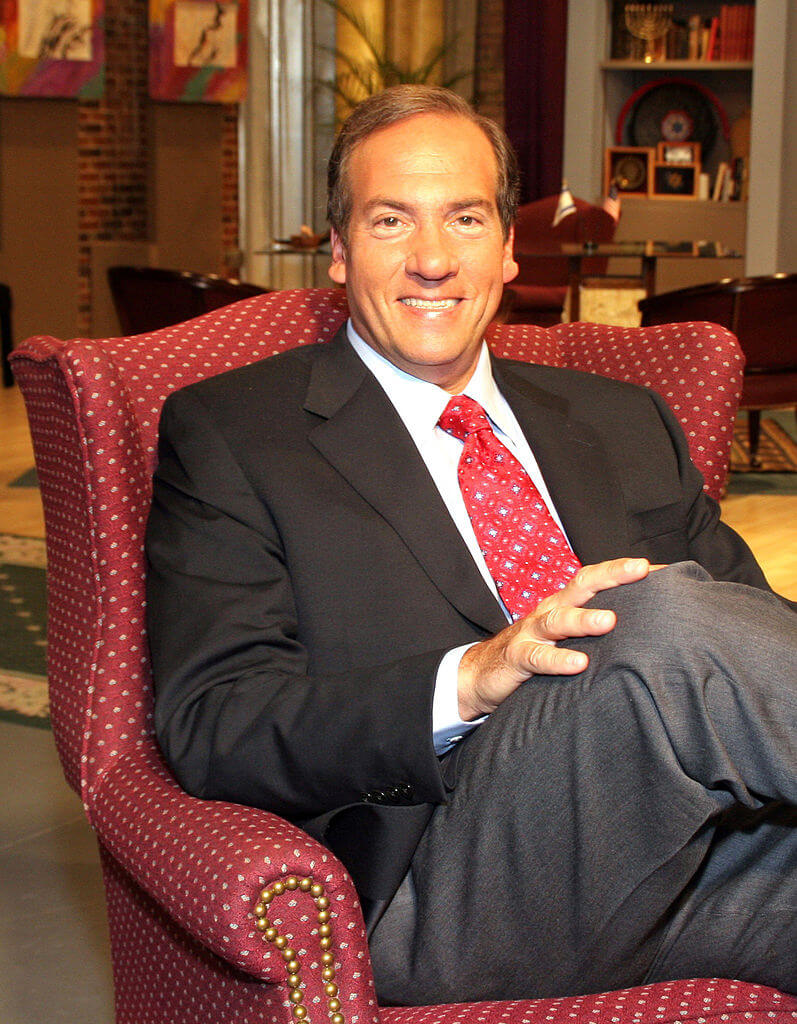 Rabbi Eckstein, president of the International Fellowship of Jews and Christians, passes away suddenly on Wednesday at age 67.

Rabbi Yechiel Zvi Eckstein, founder and president of the International Fellowship of Christians and Jews, passed away at the age of 67 on Wednesday in Jerusalem.
The fellowship under its chairmanship raises about half a billion shekels each year for the State of Israel and for various Jewish causes.

Eckstein was on the Board of Governors of the Joint Distribution Committee, Keren Hayesod and the Jewish Agency. He wrote seven books, mainly on Christian-Jewish relations.
Rabbi Eckstein was active in efforts promoting Jewish immigration from Ukraine and other countries.

The International Fellowship of Christians and Jews established by Rabbi Eckstein raises funds mainly from Evangelical Christians who support Zionism in the United States and around the world, and some from donations from Jews around the world and Israelis. Since its establishment, the fellowship has raised more than 1.3 billion shekels for a variety of social projects in Israel.
The Tzohar Rabbinical Organization expressed its sadness over the untimely passing of Rabbi Eckstein.

“Rabbi Eckstein was a visionary whose leadership enabled tremendous support for the state and people of Israel and his actions bettered the lives of countless people all over the country. Throughout his life, he worked to bring pride to Jewish practice and Zionism while acting as an ambassador for Judaism throughout the world. May his memory always serve as a source of blessing to his family and the entire Jewish people.”
Dr. Jürgen Bühler, president of the International Christian Embassy Jerusalem, said, “The International Christian Embassy Jerusalem mourns the sudden passing of Rabbi Yechiel Eckstein and pays tribute to this unique pioneer and visionary of closer Jewish-Christian relations.”

“Rabbi Eckstein foresaw, like few other Jewish leaders did, the strategic importance to Israel and the Jewish people of forging ties with the global Evangelical community. The generous aid that he gathered from Christians around the world brought vital assistance and great blessings to countless Israelis.

“The ICEJ extend its most sincere condolences to the Eckstein family. His daughter, Yael, and the Fellowship he founded can be proud of the legacy he has now left in their hands.”
Isaac Herzog, Chairman of the Jewish Agency for Israel, said, “The Jewish People have lost Rabbi Yechiel Eckstein, a leader who worked tirelessly on their behalf. I worked with Rabbi Eckstein on social welfare, diaspora and Aliyah.”

“My deep condolences to his family and the entire International Fellowship of Christians and Jews.”

US Ambassador to Israel David Friedman said, “So sad to learn of the passing of my friend Rabbi Yechiel Eckstein, founder of the International Fellowship of Christians and Jews. A prodigious philanthropist and an inspirational leader who did so much to unite Christians and Jews around common values. May his memory be blessed.”

Friends of the Israel Defense Forces (FIDF) National Director and CEO Maj. Gen. (Res.) Meir Klifi-Amir said of Rabbi Eckstein’s passing, “Today we lost a friend, a partner, and a great supporter. Rabbi Yechiel Eckstein z”l was an ardent Zionist who devoted his life to the State of Israel, a highly respected visionary and leader who built bridges between Jewish and Christian communities and across great divides, making the world a better place for us all. He leaves behind a tremendous legacy for us to continue his crucial work, bringing together Jews and non-Jews in support of Israel and her guardians – the men and women of the IDF. The FIDF family extends its most heartfelt sympathies to his loved ones.”

The International Fellowship of Christians and Jews (issued the following statement on the sudden passing of its founder and president, Rabbi Yechiel Eckstein, z”l.

“We are in shock and mourning the loss of our visionary leader, rabbi, friend and colleague. Rabbi Eckstein was a giant in the Jewish and Christian communities, a man who devoted his every moment to helping Israel and the Jewish people. Yechiel forged unbreakable bonds of Christian-Jewish friendship and unity around a shared love for Israel that will stand as his timeless legacy.
Since his ordination to the Rabbinate by Rabbi Dov Soloveitchik, Rabbi Eckstein devoted his life to strengthening the State of Israel and the Jewish people. Since founding The Fellowship in 1983, Rabbi Eckstein raised more than $1.6 billion to help hundreds of thousands of low-income Israelis, ailing and poor Holocaust survivors in Israel and in the former Soviet Union, and low-income Israeli minorities, including Arabs, Bedouin and Druze.

Rabbi Eckstein helped bring and resettle hundreds of thousands of immigrants to Israel, and in the past four years directly helped more than 17,000 new immigrants escape economic hardship, persecution, and terror in 31 countries, while protecting Jews worldwide with increased security funding. Rabbi Eckstein also was in the process of fulfilling one of his greatest goals – the building of a new worldwide center for Christians in Jerusalem, near the new U.S. Embassy.”

Israel’s leadership did not hesitate to pay tribute to Rabbi Eckstein. President Reuven Rivlin called him “A great man, a great Jew and a great Zionist”, and former Knesset member Rabbi Dov Lipman commented “A heart that gave and gave and gave stopped working.”

Long-time friend and partner, Pat Robertson of the Christian Broadcasting Network, also offered parting words: “Yechiel has been a pioneer and champion of Christian/Jewish relations for decades”. Likewise, John Hagee of Christians United for Israel remarked, “His impact on the state of Israel and on bringing Jews and Christians together will be felt for generations.”

And among the American Jewish community, Rabbi Shmuley Boteach declared “Rabbi Eckstein’s dedication and love for his people never ceased to amaze”, and Jonathan Greenblatt of the Anti-Defamation League noted “He was a tireless worker for the Jewish people and for Israel.”

George Mamo, Global Chief Operating Officer of The Fellowship, reflected on Rabbi Eckstein’s accomplishments but spoke optimistically about the future, “We know the best way to honor Rabbi Eckstein is to carry on his vision and build bridges of love between Christians and Jews. We have every confidence that Rabbi’s daughter, Yael, is the person to continue Rabbi’s life work.”

The Fellowship’s staff, its acquaintances and dignitaries bow their heads in sadness and pledge to continue Rabbi Eckstein’s lifelong mission on behalf of the Jewish people and Israel. We send our condolences and love to his wife Joelle, his daughters, his mother and grandchildren. May they be comforted among the mourners of Zion and Jerusalem.