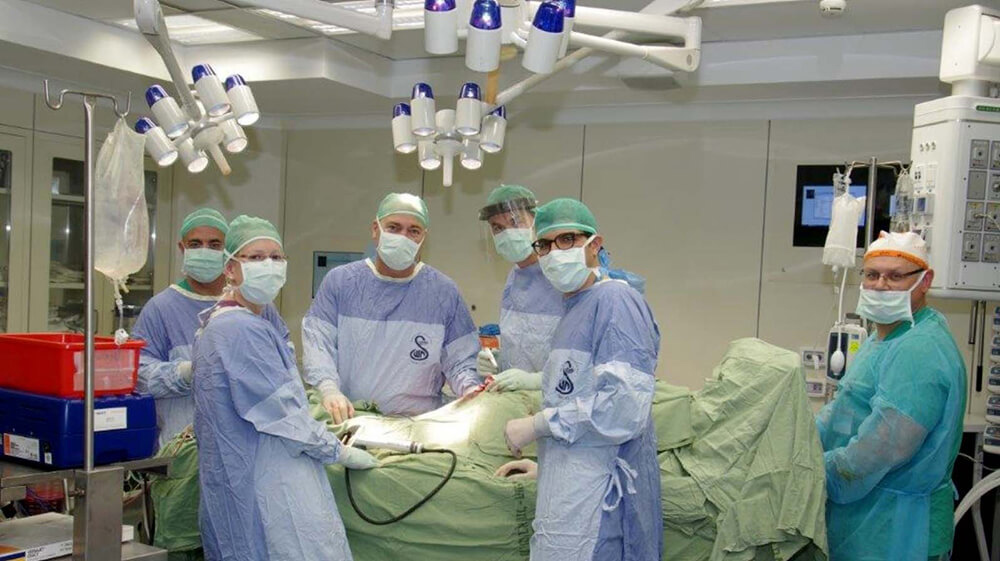 Mira from Jerusalem was severely burned in a bus fire when she was seven. But despite the loss of an eye, an arm, both ears and most of one foot, six years later Mira is not only alive but smiling.

Recently she became the first patient to be treated in the I-PEARLS (Israel Pediatric Aesthetic and Reconstructive Laser Surgery) Center of Excellence at Sheba Medical Center under the direction of world-renowned burn specialists Josef Haik and Arie Orenstein.

One of few of its kind anywhere and the first in the Middle East, the pediatric center uses Israeli-developed lasers including carbon dioxide (CO2) ablative lasers to safely and effectively reduce the devastating impact of scars in burned children like Mira, regardless of their ability to pay.

While the scars cannot be removed completely, laser treatments can improve their appearance dramatically by diminishing their size, stiffness and discoloration.

Financed by US-based Burn Advocates Network, which runs an annual burn camp for children in Israel, I-PEARLS will enable Sheba to treat more and younger children from Israel and from other countries.

Just as importantly, it will be a center for research, training and sharing of Israeli expertise abroad – something Haik does regularly in places such as Romania, Cameroon, Congo, Haiti and Guatemala.

Burn Advocates Network founder Samuel Davis plans to establish two I-PEARLS satellites in Haiti because of the huge number of burns that resulted from the island’s 2010 earthquake.

“The knowledge and training, as well as the equipment, is coming from Israel,” he tells ISRAEL21c. “One Haitian surgeon has already trained in Israel.”

The Israeli pioneers of medical lasers

The fact that burn specialists can now help kids like Mira is directly due to laser technologies developed at Israel-based companies such as Lumenis, Alma and Syneron, supported by clinical research at the National Burn Center.

“Israel is an empire of lasers,” Haik tells ISRAEL21c. “We are at the cutting edge with these technologies. We lecture, show and present them everywhere in the world as tools for repair, restoration and reconstruction.”

Over the past couple of years, Haik says, the types of lasers and the technologies have advanced significantly.

“We find modes of treatment we never experienced before. For example, we weren’t touching scars when they were fresh; we’d wait a year or two. Today, with a combination of different lasers we can treat scars almost upon healing, taking out redness and itchiness. In long-term scars we couldn’t help before, we believe now we can change their appearance and elasticity.”

Mira is optimistic that her old scars will be helped by the laser treatments, says Davis.

“Her spirit was elevated by the notion that she would be able to look and feel a little better every time she went in for a session. If you give kids the hope of looking and feeling better before they go through adolescence you can really avoid a lot of the post-traumatic depression and set them up for a better future,” Davis tells ISRAEL21c.

The CO2 laser was invented in the United States around 1964. Carbon dioxide aids better absorption of the beam in any target containing water, essentially vaporizing the target quickly, so the CO2 laser had potential applications from military to medical.

The road leading from that early invention to Mira’s scar treatments was paved by Israelis including plastic surgeons Isaac Kaplan and Arie Orenstein together with chemist Ziv Karni, considered the chief scientist of the medical laser industry.

“In 1972, Kaplan realized CO2 lasers could stitch skin together. But they were very heavy and he was determined to make a lightweight one, so he worked with an engineer, Uzi Sharon, to develop the Sharplan Laser, an instrument with versatility and precision previously unavailable in laser technology,” Karni tells ISRAEL21c.

Only 65 people showed up for the first international symposium on laser surgery, arranged by Kaplan in Tel Aviv in 1975 when he founded the International Society for Laser Surgery and Medicine (its logo still features “Let there be light” in Hebrew). By the time of his death in 2012, Kaplan had taught more than 600 surgeons how to work with lasers.

Karni, who did post-doctorate work at Columbia and Stanford universities, cofounded a company to commercialize the Sharplan laser — still used widely for laparoscopic surgery — and ran revolutionary clinical studies at Sheba with Orenstein to test CO2 lasers on scar or burn tissue.

Karni kept refining CO2 lasers to be as simple as possible, and collected a portfolio of patents. He founded and took a leading role in several successful laser companies including Alma Lasers, leaving after 18 years to create another company when Alma was acquired by China’s Fosun Pharmaceuticals, renamed Sisram, and taken public in 2017.

Today, CO2 fractional ablative lasers are most commonly used for cosmetic-aesthetic procedures such as skin resurfacing, says Karni. The laser beams burn off the top layer of skin with its damaged collagen, resulting in a minor injury that causes the skin to produce new collagen in its place.

“In the past, we could do skin grafting and other treatments that needed outside intervention,” says Orit Kaufman, VP of sales and marketing of AlphaMedix in Petah Tikva, the Israeli distributor for Lumenis surgical lasers made in Yokne’am (northern Israel) and sold worldwide.

“When we use lasers, we get the body to heal itself by injuring the body again in a focused area where we want to make it regenerate itself. You need to do several treatments, sometimes combined with other treatments. The end result is relatively natural. We’ve seen amazing results with scars.”

Vascular and non-ablative lasers are used for treating discoloration and indented (rather than raised) scars, respectively.

Kaufman says that the newest CO2 ablative lasers are more powerful yet so precise they don’t damage the surrounding tissue. “Even though it goes deep it’s very safe. You get better results with fewer treatments.”

Using CO2 lasers on children’s burn scars is relatively new territory, she adds. In the past, laser treatment for scars required sedation whereas now a local anesthetic cream is all that’s necessary. “Today we can offer hope for these children and give them a much better life.”

Following the January 31 groundbreaking ceremony for the I-PEARLS Center of Excellence at Sheba, its official opening is anticipated in April. But children like Mira are already reaping the benefits.