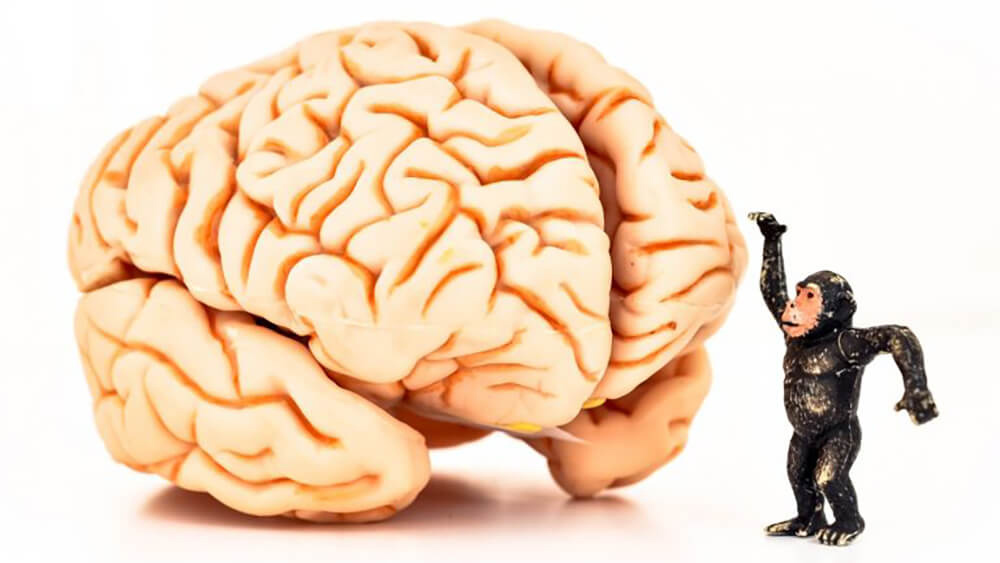 Humans’ superior cognitive and adaptive abilities and their tendency to anxiety, depression and other mental diseases may be two sides of same coin

Comparing human brains to monkey brains reveals that our more evolutionarily advanced brains may be more efficient but are also less robust, according to new research from Israel’s Weizmann Institute of Science.

Neurobiology Prof. Rony Paz explains that our brains are like modern washing machines – technologically sophisticated but more vulnerable to breakdown and costly disorders.

“Why, on the one hand, do humans have such superior learning, cognitive and adaptive abilities and, on the other, this tendency to anxiety, depression and other mental diseases? We have shown that these may be two sides of the same coin,” said Paz.

Raviv Pryluk, a research student in Paz’s research group, devised a way to test and compare the efficiency of the neural code in the pre-frontal cortex, where higher functions like decision making and rational thinking occur, and the amygdala, a more evolutionarily ancient region that is responsible for the “fight or flight” basic survival functions, as well as emotions.

“Evolution works with trade-offs,” said Pryluk. “There may be a zero-sum game between efficiency and robustness; and our complex, multidimensional brains have gained one at the price of the other.”

Their findings, recently published in the journal Cell, may help to explain why disorders as ADHD, anxiety, depression, PTSD and autism are common in humans.

The Weizmann scientists worked in collaboration with Prof. Itzhak Fried of Sourasky Medical Center in Tel Aviv and UCLA Medical School in Los Angeles, as well as Hagar Gelbard-Sagiv of Tel Aviv University and Yoav Kfir, at that time a research student in Paz’s group.