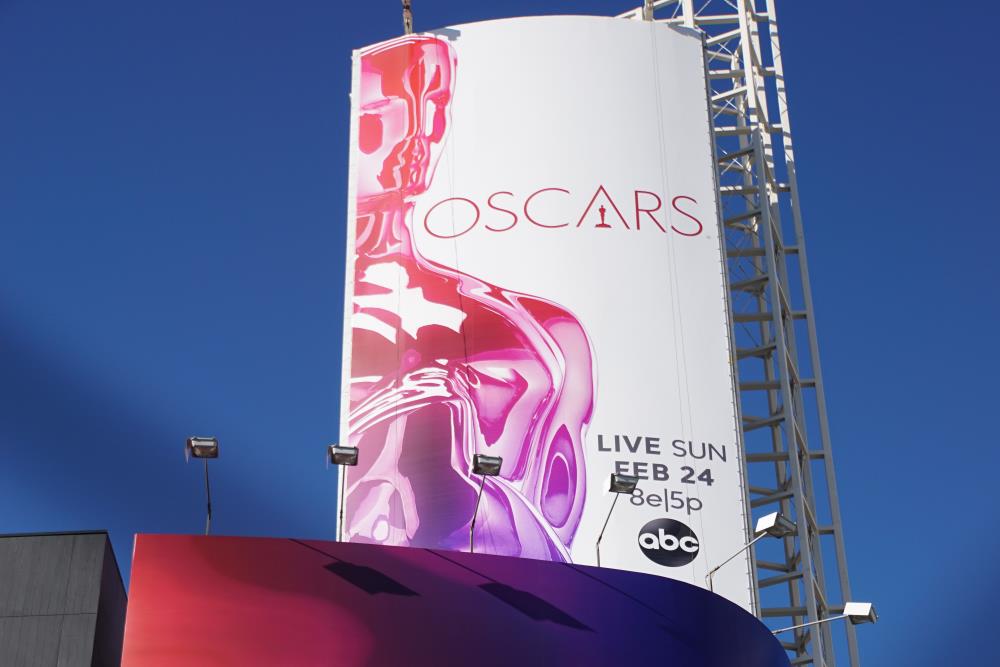 Despite some stunning upsets, the 91st Academy Awards was a bigger snooze than ever with few water cooler moments. The absence of a host was glaring as the 3 hour and 18 minute routeless program was completely disjointed. The fashion was even more over-the-top as one massive “Don’t” after another appeared on the red carpet. Adam Lambert as “Queen” opened the telecast with a Freddie Mercury tribute that had me longing for Billy Crystal or David Letterman-at least there was something to discuss.

The commercials were the most exciting part of the night even beating out that of the Super Bowl and garnering more interest than the Awards itself. There were some notable firsts including awarding best costuming and production to African American nominees Ruth Carter and Hannah Beachler for their work on “Black Panther.” The Mexican film “Roma” won best foreign film- the first time a Mexican movie won in this category. “Green Book” won for Best Screenplay, Best Picture and Mahershala Ali won for Best Supporting Actor. This win was astounding especially given the controversy surrounding the movie with director Peter Farrelly criticized for his past sexual improprieties and outrage caused over an anti-Muslim tweet that writer and producer Nick Vallelonga wrote after September 11th.

Upon “Green Book’s” winning Best Picture Spike Lee turned his back to the audience in a defiant move that was uncalled for since the movie depicts an everlasting bond between the two races. The greatest revelation of the evening was the winning of Best Actress by Olivia Colman for her work in “The Favourite” when it was nearly certain Glenn Close would take home an Oscar for “The Wife” or the Academy might surprise voters by rewarding crowd favorite Lady Gaga. It was evident from Glenn Close’s sparkling gold Carolina Herrera dress that she was certain she would win, especially when contrasted with Gaga who wore a demure black gown so as not to appear foolish when she left statueless.

Gaga and Glenn get an award for “Most Gracious Losers” as they both applauded and smiled during their devastating defeat. Gaga’s Alexander McQueen dress was coupled with a diamond Tiffany necklace once worn by Audrey Hepburn-sorry Gaga you are no Hepburn even when you don gloves. “A Star is Born” lost every award except for best song for “Shallow” as nominees Gaga, Cooper and Elliott looked foolishly stupefied as they were passed over time and time again. I personally hated the movie and am glad Hollywood didn’t succumb to this sentimental favorite. After the losses this movie suffered during the awards season a more apt title for the film would be “The Unbearableness of Being Gaga and Cooper.”

Despite Gaga and Cooper prancing around the world singing each other’s praises and wearing exquisite fashion this past awards season the banality of the plot, and acting ensured it would be shutout. Kudos to Mark Ronson for finally being acknowledged for his extraordinary musical talent as he took home an award for “Shallow” along with Gaga. Gaga and Cooper performed their “Shallow” duet to an enthusiastic audience; whereas, I thought it was screechy, out of tune and dull. Everyone continues to wonder whether Cooper and Gaga are an item as he chaperones his Victoria’s Secret Angel to every awards show-Gaga is clearly not his type.

Cooper continues to morph into Barry Manilow as his hair gets thicker and darker and his face gets tighter and tighter. His girlfriend, Irina Shayk, looked like a member of the Addams family with her dour bob and even more depressing dress that looked like a cheap curtain-with a plunging back that was anything but sexy. The entire first row could singularly employ a plastic surgeon for the next five years and probably does. Most puzzling about the Awards is how “bleh” the women looked despite employing the best stylists and designers.

The worst head-to-toe look was Charlize Theron who dyed her hair brown and wore a blue Dior gown that highlighted her stomach and made her look like a character in “The Heiress.” The cut-out back was equally unflattering showing every wrinkle and dimple available. Theron is usually the star of the red carpet with her plunging black gowns and her sleek blonde hair-changing it up is not always a good move. If Charlize doesn’t fire her stylist tonight I have a nice bridge to sell her.

Regina King wore a plain white gown with a slit up to her nether region as she thanked G-d-I hope he wasn’t watching. There were so many red and pink gowns and bows, poufs and capes I felt like I was in an “Alice and Wonderland” nightmare. These were all “Don’ts” with Angela Bassett leading the pack with her cheap looking hot pink confection that had me screaming “Why”? The ubiquitous pink color was dreadful in stars such as Gemma Chan, Sarah Paulson and Hellen Mirren. Julia Roberts wore a pink summer Elie Saab dress with stiff hair and little makeup that let me wondering if she showed up to the right event.

Orange was another winner with fashion victims Hannah Beachler and Rachel Weisz wearing tangerine costumes that were all wrong. The pantsuits were equally bad with Awkwafina appearing more than a little “awkward” in her ill-fitted lavender Dsquared2 pantsuit-this was Liberace meets Barnum & Bailey-the jacket was too small, the pants too big and the bow too overwhelming. Jennifer Lopez proved her narcissism runs so deep that she requires a mirrored dress in case she can’t find one nearby-a variation of the Tom Ford mirror dress has been worn dozens of times with Jennifer Lawrence donning a shorter version to the 2014 Oscar Vanity Fair party.

Aside from a splendid Emma Stone in a honeycomb Louis Vuitton, the best dress of the evening was worn by Billy Porter who astounded in a Christian Siriano tuxedo gown-you go boy!! He may have looked like a nun who has been to one too many fashion shows but he took a risk and it worked. Other men such as John Mulaney, Chris Evans, Spike Lee, Samuel Jackson and Jason Momoa looked like wedding singer rejects and had me wondering when 80’s fashion returned-it didn’t.

Surprisingly Momoa’s suit was custom-made by Karl Lagerfeld-were he alive he would be none too pleased. Momoa even wore the dreaded pink scrunchie on his wrist-where’s Joan Rivers when you need her? The show concluded with a predictable win by Rami Malek for “Bohemian Rhapsody” and an even more expected 18-minute overtime-guaranteeing this year’s telecast will be the least watched of all time.