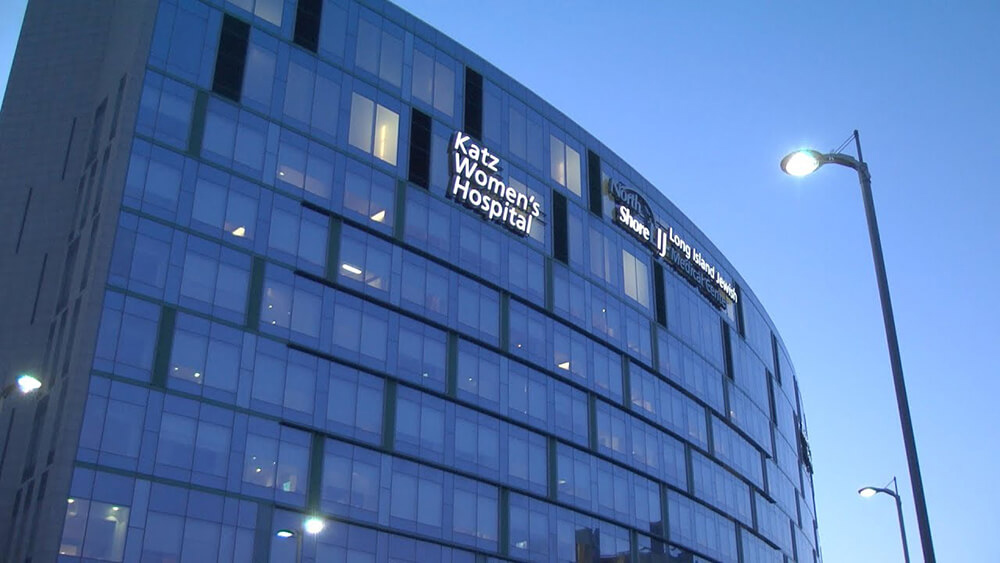 Originally opened in 2011, the three-story Katz Women’s Hospital at NSUH features 73 single-bed rooms, postpartum and high-risk antepartum units for prolonged hospitals stays, a 51-bed NICU and nursery. The hospital delivered more than 6,800 babies in 2018 – collectively, Northwell’s 11 hospitals with maternity units delivered more than 39,200 babies in 2018, representing 17 percent of all babies born in New York State and one percent of births nationally.

The NSUH project is part of a more than $212 million investment that Northwell Health is making in expanding and renovating maternity units at six of the health system’s hospitals on Long Island, in New York City and Westchester County.

“Northwell’s commitment to the care of women and newborns is evidenced by our substantial financial investment into our maternity services and programs which set a new standard of care for our patients,” Michael Nimaroff, MD, senior vice president and executive director of obstetrics and gynecology at Northwell Health. “We are upgrading our maternity units to be private rooms, which allows babies to stay with their mothers for the majority of their stay, encouraging breast feeding and recognizing the importance of bonding between mother and baby.”

Elsewhere across the health system, construction is underway on an $80 million women and newborn center at the north campus of Staten Island University Hospital, with the new facility expected to open in late 2021 and a new NICU in 2023.

At Southside Hospital in Bay Shore, another estimated $80 million project will be used to construct 11 private maternity rooms and convert 29 double-occupancy rooms into 18 private ones. The project will also add two additional labor and delivery rooms (increasing the total to nine) and two more operating rooms (for a total of four ORs). Construction is scheduled to be completed in 2020.

In Westchester County next year, construction is scheduled to begin on a $21.2 million renovation and expansion of the labor and delivery unit at Phelps Hospital in Sleepy Hollow. The project will create 12 additional private post-partum rooms, six nursery bays and six additional neonatal intensive care bays. Construction is expected to be complete by late 2022.

In the fall of 2018, Huntington Hospital unveiled its $12.5 million Center for Mothers and Babies, which expanded the hospital’s labor and delivery unit to 19 private rooms, a newborn nursery, a nine-bay special care nursery, and dedicated parking and entrance.