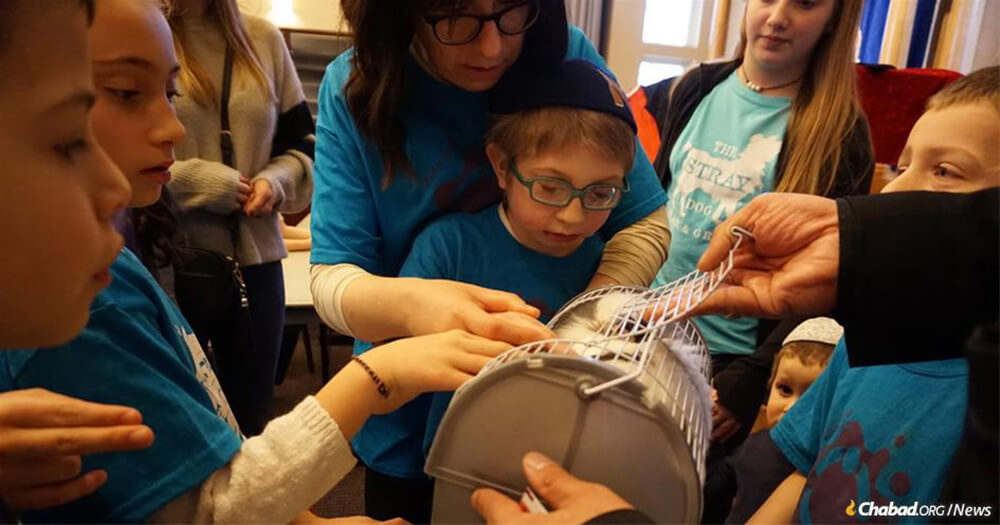 Illinois ‘Winter Camp’ brings together kids to learn and have fun

Children of all abilities just spent a week of integrated entertainment and learning at “Winter Camp,” an inclusive program that was born out of a partnership between Camp Gan Israel and Friendship Circle in Northbrook, Ill.

“I have a new friend from the Friendship Circle group,” says 10-year-old Edita from nearby Wheeling, who attends a Jewish day school. “We liked to talk on the bus when we went on field trips, we played together, and when she needed some help doing something, I was able to help her out. We’re going to keep in touch.”

According to Bassie Moscowitz of the Stuart I. Raskas Friendship Circle of Illinois, the program included children with a range of disabilities, including kids with autism and kids with Down syndrome.

“Watching the campers care for each other was uplifting,” relates Moscowitz. “It was incredible to witness how the children looked out for each other and understood their friends’ needs. Some of these children are non-verbal or minimally verbal, and it can be difficult to ascertain a cause when they become upset.

“When one boy had a rough afternoon, another camper gave up his seat on the bus ride home so his friend could have some space to himself. Another time, the boys began a ball game, but agreed to change the game to Gaga at the insistence of another camper. Seeing this group put their own wants aside and band together to create a positive camp experience for everyone is something I will never forget.”

Edita concurs, noting that helping her friends with special needs was a highlight of the weeklong “camp,” along with participating in the activities.

She proudly cites the example of a carnival that the children put on for each other. When some of the campers had a hard time understanding what to do at the booth she was operating (it involved guessing how many chocolate chips were inside a spoonful of marshmallow fluff she would place in their mouths), she gladly gave them another chance and rewarded them with a ticket regardless of their performance.

Emma, a 9-year-old from Glenview, says the presence of the Friendship Circle kids introduced an exciting element to camp. “I have been going for many years, and I kind of know what to expect. With kids with special needs, there were surprises, and we had so much fun together.”

The winter camp has been operating since 2007 at Lubavitch Chabad of Northbrook, according to longtime director Rabbi Schneur Scheiman. The shidduch (“match”) between them and Friendship Circle was the idea of Rabbi Yosef Moscowitz, executive director of Lubavitch Chabad of Illinois, who saw potential for a mutually beneficial partnership.

“Over the course of the week, we saw how the presence of children with special needs enhanced the camp in so many ways,” says Scheiman. “Our only questions now are: Why didn’t we do this earlier, and how are we going to replicate this in the summer?”