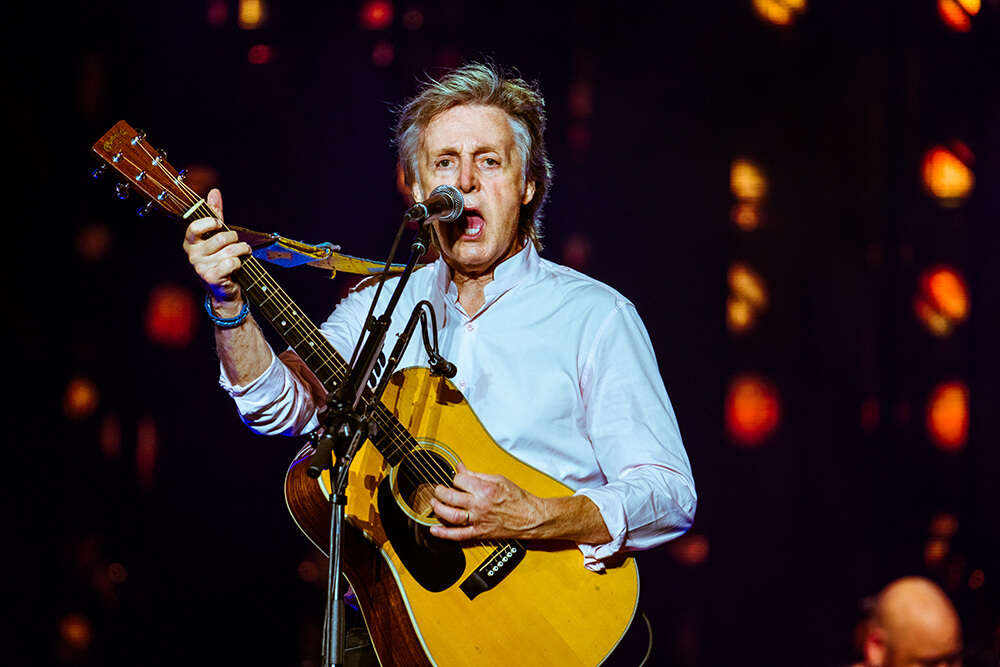 The New York Post reports that Sir Paul McCartney was on a luxury yacht with his family after Christmas. The yacht wasn’t any old yacht but one owned by the Russian-Jewish billionaire Roman Abramovich. Photo Credit: Shutterstock

The New York Post reports that Sir Paul McCartney was on a luxury yacht with his family after Christmas. The yacht wasn’t any old yacht but one owned by the Russian-Jewish billionaire Roman Abramovich.

The New York Post spotted him and reported that “The Beatles legend was snapped hopping aboard a vessel on his way to a meal with Chelsea owner Abramovich – who is reportedly banned from entering the UK – in the Caribbean island of Saint Barthélemy.”

McCartney and his family all donned stylish clothing as they enjoyed their holiday while looking good.

The excursion happened because a private jet dropped off McCartney on an island where he and his family met Abramovich to board his big yacht. Abramovich, a Russian oligarch, currently cannot enter the United Kingdom until his visa is renewed, according to The New York Post.

The Jewish Voice has reported before about the Russian oligarch. Abramovich gave up an Upper East Side property to Darya Zhukova a few months ago after a divorce a year ago. She was his third wife, and these group of properties add up to $92.3 million. Not surprisingly, there were only very few closings in the same month that topped that skyhigh number.

The Jewish Voice has previously reported on Abramovich, who has been busy with these properties and other business ventures of his. Earlier in the year, he went to Israel where he immediately received Israeli citizenship. He is now eligible to receive and Israeli passport.

Some have speculated that Abramovich wants Israeli citizenship so that he can enter Britain without a visa. He recently was denied a new visa for the country.

Abramovich’s British visa expired last month, according to the Israel Hayom daily. His previous visa was granted before more rigorous regulations were instituted in April 2015.

Abramovich will have to explain the source of his wealth to receive the new visa, according to reports. There is no evidence that Abramovich has done anything wrong, but the United Kingdom has scrutinized Russian businesspeople and diplomats more carefully since the poisoning of former Russian spy Sergei Skripal and his daughter Yulia in Salisbury, England, in March. Several Russian diplomats were expelled following the incident.

Abramovich even missed Chelsea’s Football Association Cup final victory over Manchester United at Wembley Stadium in London. He has owned the team since 2003 and has been present at nearly every game, until his visa problems began.

He also received recognition earlier in the year for his charitable givings for Jewish causes. He contributed over 500 million dollars over the past 20 years to Jewish causes in Israel, Russia and elsewhere. The award is signed by Rabbi Alexander Boroda, President of the FJCR and the Chief Rabbi of Russia, Berel Lazar.