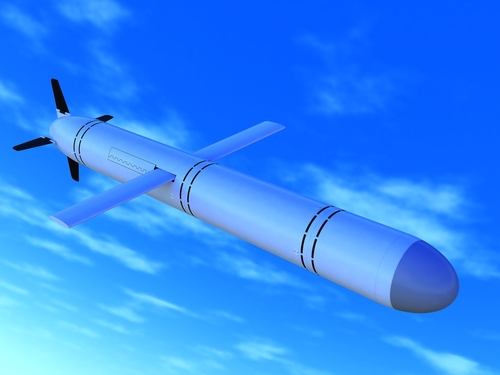 Russia is deploying long-range, precision cruise missiles to the western Atlantic that American defense officials say will allow Moscow to target Washington and other East Coast cities with conventional or nuclear attacks.

Moscow is adding Kalibr land attack cruise missiles to both warships and missile submarines that Moscow plans to use in Atlantic patrols near the United States, sorties that were once routine during the Cold War.

The new sea-based Kalibr deployments are expected in the coming months, according to officials familiar with intelligence reports of the Russian maritime operations.

The land-attack version of the Kalibr, known as the SS-N-30A by NATO, is a relatively new weapon and was showcased for the first time by Moscow in attacks on Syria that began in 2015

Russia has stated that over 100 Kalibr missile strikes were carried out against Islamic terrorists and other anti-Syrian government rebels.

The Office of Naval Intelligence in 2015 said the Kalibr is deployed on Russia’s new Sverodvinsk-class nuclear attack submarine as well as older submarines and surface warships. A total of 32 Kalibrs can be launched from missile tubes on the new submarine.

Nuclear-armed Kalibrs will be deployed on Russia’s new Borei-class missile submarines as well as the attack submarines.

Most of Russia’s surface warships and many coastal vessels are being outfitted with the long-range missile.

The missile is considered very lethal because it flies close to the sea surface, frustrating efforts to detect and strike the missile with anti-missile systems.

“The proliferation of this capability within the new Russian Navy is profoundly changing its ability to deter, threaten or destroy adversary targets.”

The missile also comes in anti-ship and anti-submarine variants.

According to ONI, the Kalibr land attack missile has a range of between 930 miles and 1,550 miles.

That range means a ship or submarine armed with Kalibrs and located 1,000 miles off the U.S. coast could target all American cities stretching from Boston to Miami and as far west as Chicago.