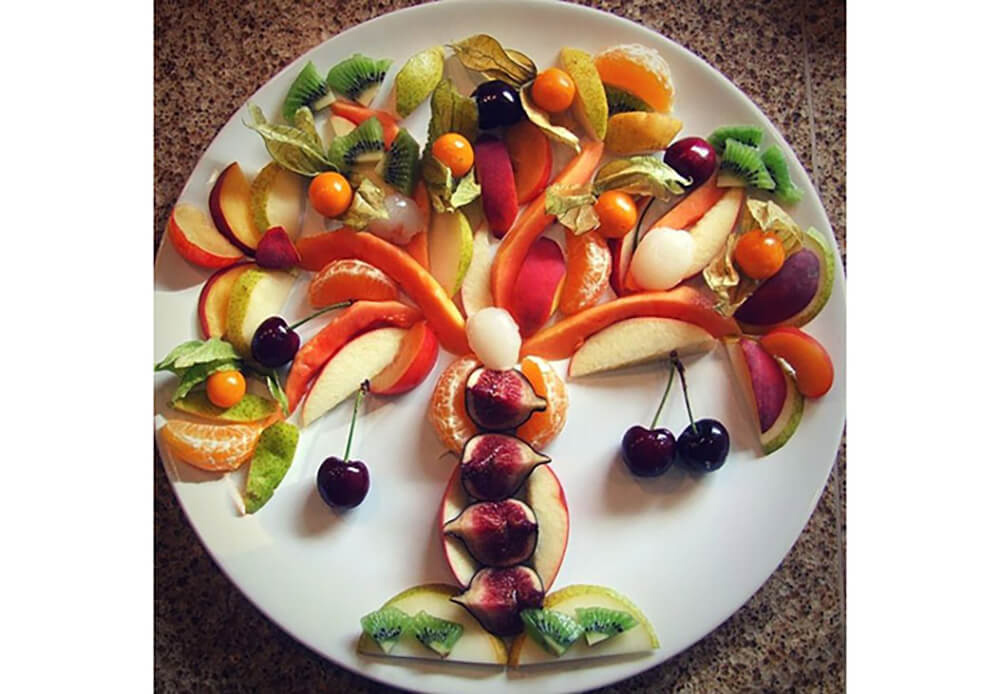 The Mishnah Rosh HaShanah tells us that there are four New Years. One is “Rosh HaShanah La’Ilanot”, the New Year for Trees, which determines the application of tithing to that particular year.

When this date arrives the first part of winter (in Israel) is over. The new season is imminent, and we have to look ahead.

Technically, the focus is not so much on the trees themselves but on the human beings who inhabit the world in which trees play such an important role.

But poetically, one can imagine the feelings of the trees, because anyone who watches the growth of Nature can see that trees have a personality.

Like human being, they come to life as youngsters, they grow, tentatively at first, and as they reach maturity they are productive and protective.

How does it feel to be a tree?

From the religious point of view, even the plants and trees acknowledge God and rejoice to be part of His world. They look upward to Heaven; their swishing in the wind is like a voice that acclaims the Creator.

Yes, there comes a time when a tree groans under the weight of years and begins to fall apart, but even after its physical death it makes a contribution to the universe.

Trees, like people, leave their traces, and the world is a nicer place because they were there.

Tu BiSh’vat – the New Year for Trees – has become an important feature of the Jewish calendar.

The verse, “When you have come into the land and have planted…” (Lev. 19:23) turned into a commandment, “You shall plant!”

Thanks to the Keren Kayemet L’Yisra’el, the JNF, planting trees in Israel has become a way for every Jew anywhere to make a personal contribution towards the upbuilding of the land, and every time a tree is attacked and destroyed, another is immediately planted in its place.

Originally 15 Sh’vat was a pragmatic date in the calendar, distinguishing between the produce of one year and the next for the purpose of fixing tithes and taxes. It lacked colorful ceremony and emotional associations. It was not yet a yom-tov. It was not until the Middle Ages that the day became richly adorned with poems and prayers.

It was championed by the mystics of Tz’fat, but throughout the Jewish world, in Ashkenazi as well as Sephardi communities, it became a festival when fruits were eaten (Rabbi Chayyim Vital proudly ate 30 kinds of fruit; others chose only 15).

The fruit was regarded by the kabbalists as a form of atonement for Adam’s sin; the Chassidim emphasised the day as a means of remembering the holy land amidst the far-flung dispersion. In eastern Europe the festivities lit up the gloom of a northern hemisphere winter.

The thought of trees gave rise to many comments and teachings.

Why, the question was asked, was Israel compared to a vine? Because Israel is like a vine which, though plucked up from one place, can flourish in another (Ex. R. 44:1).

Why is Israel like an olive tree? Because the olive does not lose its leaves in either summer or winter, so Israel is never abandoned in this world or the World to Come (Men. 53b).

Why is Torah like a tree? Because just as a small tree can set a bigger tree on fire, so a student can sharpen the mind of his teacher (Ta’an. 7a).

Why is a Jew like a tree branch? Because as long as a branch is attached to the tree, it can regain its strength; and as long as a Jew is still part of the community, however tenuous the link, his Jewishness can flourish again (the Rabbi of Kobrin).

Rabbi Nachman of Breslov said, “Every shepherd has his own melody according to the grasses and pastures where he tends his flock. Every blade of grass has its melody and from these the shepherd derives his song. If only I could be worthy to hear the songs and praises that every blade of grass pours forth in its beauty and innocence!”

WOMEN IN THE MILITARY

On the whole this has been the fact of life, that men have gone off to war and women have stayed home.

The Mishnah states that in an obligatory war (e.g. to defend Israel) every Jew must go and fight, even a bride from her Chuppah (Sotah 8:7).

Some commentators ask how this is possible when Judaism usually prefers women’s role to be non-public: “The glory of the princess is in the inner chamber” (Psalm 45:14). One possibility is that women did not actually go into battle but served in a non-combat capacity.

Thus R. Eliezer ben Ya’akov says that a woman should not wear military uniform or carry weapons of war (Nazir 59a; Sifre Deut. 226; Onkelos to Deut. 22:5).

The Sefer HaChinnuch (Mitzvah 603) exempts women from rooting out Amalek, but the Avnei Nezer (Orach Chayyim 509) makes a distinction between an actual battle, in which only men took part, and attacking an individual Amalekite, which even a woman must do.

The conclusion would seem to be that women’s modesty and dignity require that they not serve in combat positions but can and should assist the war effort in other roles.

Rabbi Apple served for 32 years as the chief minister of the Great Synagogue, Sydney, Australia’s oldest and most prestigious congregation. He was Australia’s highest profile rabbi and held many public roles. He is now retired and lives in Jerusalem. Rabbi Apple blogs at http://www.oztorah.com