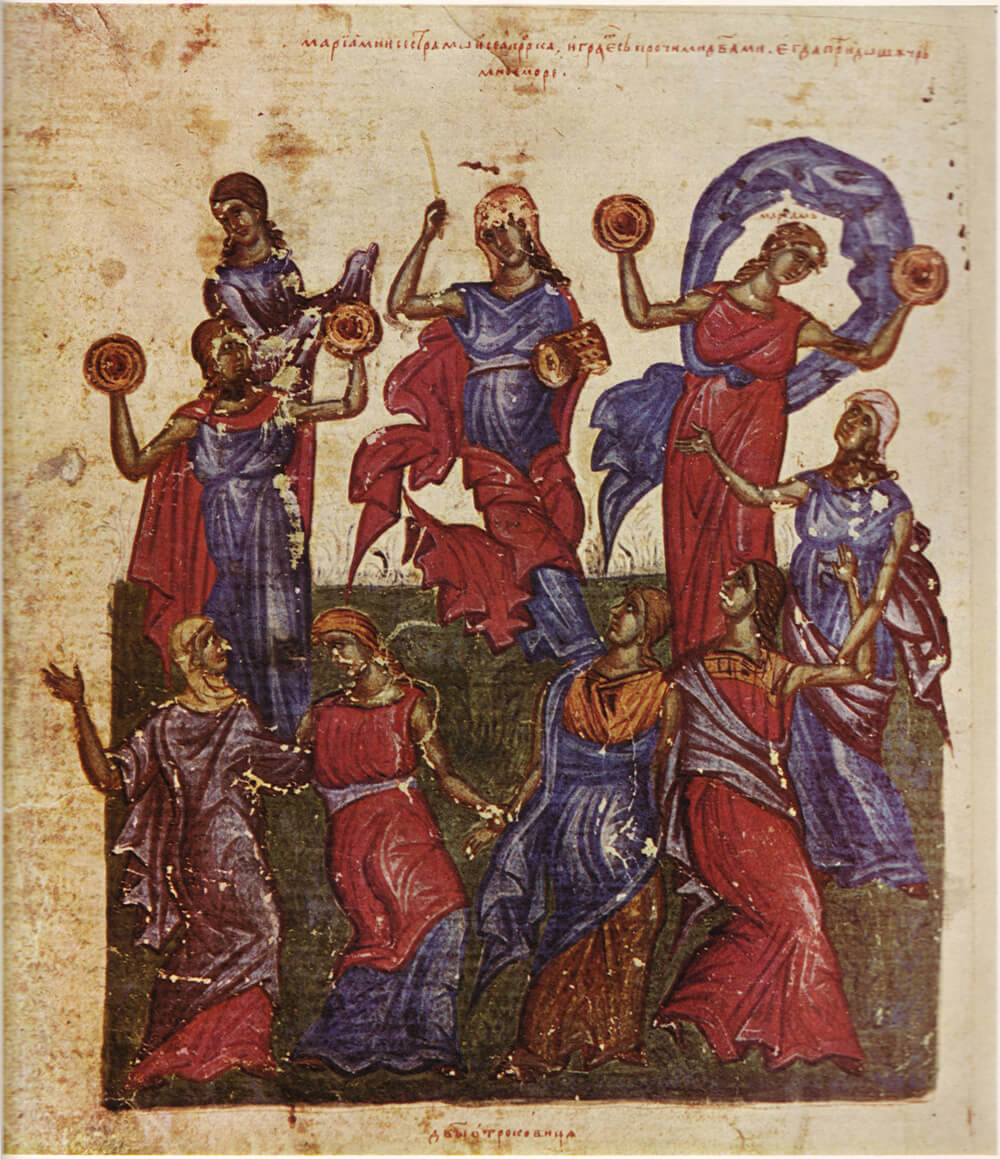 Miriam, the sister of Moses, will always be remembered for her enduring faith and bitachon in Hashem

It is a familiar domestic scene, one that we have all experienced. The family is about to leave on a well-deserved long vacation. All the suitcases are packed and ready to go. Then, someone, usually the mother, shouts out: “Did we all remember everything? Once we get started, we’re not turning back!”

All is well if the answer to all those questions is, “Yes!” Things are not too bad, then, if Sally has forgotten her toothbrush but rushes upstairs to fetch it. The real crisis begins when the family car has progressed five miles down the road when Dad suddenly realizes that, although he did remember his reading glasses, he forgot to bring along the book that he had looked forward to reading on this vacation.

Now, a decision is called for. Will the family turn around and return home? Or is it not important enough to waste precious vacation time retrieving Dad’s book? After all, one can always buy another one somewhere down the road.

Whether or not the forgotten object justifies a U-turn depends very much upon its significance. Toothbrushes and sneakers can easily be replaced. Reading glasses, less so. And books? Well, it depends. Some books are easily replaced; for others, a U-turn is required.

This week’s Torah portion, Parshat Beshalach (Exodus 13:17-17:16), calls this little family drama to mind. The Jewish people are finally leaving Egypt. They are packing their belongings. It is likely that they limited what they took with them just to what they could carry. Do we have any idea what they took and what they left behind?

They certainly took with them the gifts that the Egyptians themselves pressed upon them. As we read in last week’s parsha, “The children of Israel did according to the word of Moses; and they asked of the Egyptians jewels of silver, and jewels of gold, and raiment. And the Lord gave the people favor in the sight of the Egyptians, so that they let them have what they asked” (ibid. 12:35-36).

Did they take anything else along? They surely left behind their ragged clothing, and those tools and utensils which would only remind them of their enslavement. But allow me to demonstrate to you that several items besides the “jewels of silver and jewels of gold and raiment” were carefully included with their baggage.

One of these “items” is explicitly mentioned in the Torah. “And Moses took the bones of Joseph with him.” Moses faithfully fulfilled the oath that the Children of Israel swore to Joseph when he said to them centuries before: “God will surely remember you; and ye shall carry out my bones hence with you.”

The Midrash (Shemot Rabbah 20:19) sharply contrasts Moses’ “baggage” with the booty that the other Children of Israel stuffed into their suitcases. “All of Israel busied themselves with silver and gold, but Moses was preoccupied with Joseph’s bones, to which the Holy One Blessed is He applied the verse, ‘He who is wise of heart accepts mitzvot'” (Proverbs 10:7).

From a spiritual perspective, the silver and gold that the Jews took with them were not very different from Sally’s toothbrush and Sam’s sneakers. Moses, however, carefully took along something far more significant: Joseph’s sacred bones.

Did anyone besides Moses pack items in their baggage aside from jewelry and clothing? Scripture tells us nothing in response to this question. But our oral tradition, as recorded in the Midrash, records other items that were, in fact, taken along on the journey.

Later in this week’s parsha, we read the Song of the Red Sea, at the climax of which “Miriam the prophetess, the sister of Aaron took a timbrel in her hand; and all the women went out after her with timbrels and with dances.” (Exodus 15:20). Where on earth did these timbrels, an ancient form of tambourine, come from? Tambourines don’t grow on trees, and even if they did, trees don’t grow in in the desert.

Did it ever occur to you to ask this question? It never occurred to me until I encountered it in a collection of ancient midrashic fragments (Yalkut Shimoni Shemot 253), which answers that Miriam, and many other righteous women, left Egypt fully confident that they would one day have occasion to sing and dance. Thus, they brought musical instruments with them out of their place of enslavement.

Moses left Egypt dedicated to preserving the past history of our people. So he took with him the bones of Joseph, and according to the Talmud, the bones of all of Joseph’s brothers. Miriam and her companions anticipated a hopeful future, and took with them the wherewithal to celebrate it in song and dance.

Moses and Miriam were not the only ones to pack their suitcases with more than just “jewels of silver and gold and raiment.” Others did too. For this, we turn to yet another midrashic passage (Bereshit Rabbah 94:4). It comments upon a verse that we will read several weeks from now, in Parshat Terumah. There the Torah describes the component parts of the Tabernacle and the boards of acacia wood which comprised its walls. One of these boards was known as the briach hatichon, the middle bar: “…and the middle bar in the midst of the boards, which shall pass through from end to end.” (Exodus 26:28).

On this verse, the Midrash asks: Did acacia wood grow in the desert? The answer is a fascinating one. The Midrash maintains that Jacob brought these trees out of Canaan to Egypt, prophesizing that they would be eventually necessary to help construct the Tabernacle. As they were about to finally depart from Egypt several of the newly freed slaves foresaw a time when those trees would be needed to help build a house of worship. They therefore stowed a large haul of lumber along with their baggage. The uprooted trees were also “packed into the suitcase.”

Moses took Joseph’s bones, Miriam carried out tambourines, and some unnamed Israelites loaded huge trees onto their wagons. Nothing essential was forgotten. The family of Israel could proceed on its journey with having to make that unwanted U-turn.

What great symbolic significance these three items have for our people today!

Moses knew how vital it is for us to revere our ancestry and preserve our past.

Those who took the trees knew the importance of houses of prayer and study.

With her womanly wisdom Miriam grasped what we often forget. Tradition and ritual are necessary but not sufficient. The capacity for joyous celebration must also be assured.

Let us thank Miriam for “schlepping” those tambourines into the desert. Let’s credit her for enabling us to celebrate this coming Shabbat as Shabbat Shirah, the Sabbath of Song.