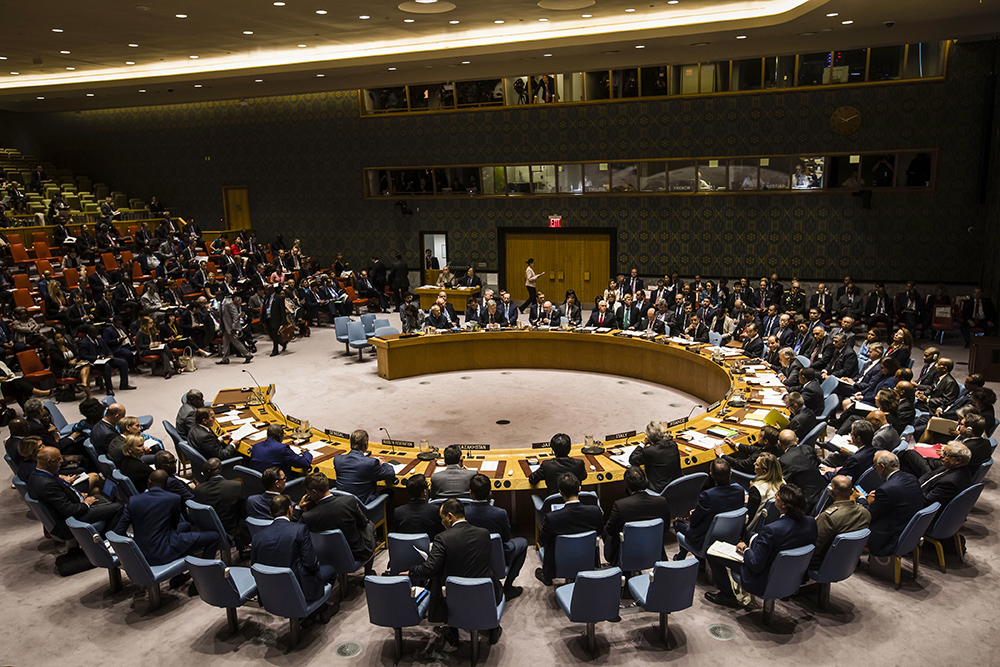 The U.N. passed six resolutions against Israel on Friday, preserving its reputation of being obsessed with attacking the Jewish State and rejecting Israeli sovereignty in Jerusalem.

The first, titled “The Syrian Golan,” passed with 100 votes in favor, 12 against and 62 abstentions. For a second consecutive year, the United Kingdom broke with the European Union to vote against it, joining the United States, Israel, Canada, Australia, Kiribati, Marshall Islands and a few others.

According to the nongovernmental organization U.N. Watch, which monitors anti-Israel bias at the world body, the measure is “oblivious to genocidal massacres taking place now in Syria, and its security implications for Israel and the civilians of the Golan Heights,” and it “ignores Syria’s history of shelling Israeli communities, its leader’s calls for a ‘war of annihilation’ against Israel and Syria’s 1967 aggression that led to its loss of the territory.”

The second, titled “Jerusalem,” was adopted with 148 votes in favor, 11 against and 14 abstentions, rejects Israeli sovereignty in Jerusalem. Israel and the United States were joined by Canada, Australia, Guatemala and six others to vote against.

According to U.N. Watch, this resolution “implies that Israeli administration of Jerusalem hinders freedom of religion when in fact the opposite is true – before 1967, Jordan destroyed Jewish holy sites and denied access to Jews, while under Israel all faiths have access to the city and enjoy full freedoms.”

The third, titled “Division for Palestinian Rights of the Secretariat,” which appropriates U.N. funds for anti-Israel purposes, passed with 96 votes in favor, 13 against and 64 abstentions.

The United States, Israel, Australia, Canada, Moldova, Hungary, Honduras, Guatemala and others voted against it.

“The DPR serves the biased special committee and is dedicated to spreading anti-Israel propaganda the world over,” said U.N. Watch. “Its 16-member staff is grossly disproportionate to the U.N.’s other four divisions which cover enormous geographical regions.”

The fourth, “Special information programme on the question of Palestine of the Department of Public Information of the Secretariat,” was adopted with 152 votes in favor, eight against and 14 abstentions. The United States, Israel, Canada, Australia, Guatemala and a few others voted against the resolution.

“The program eschews a balanced approach by overtly choosing the Palestinian over Israeli narrative, ignoring terrorism against Israeli men, women and children, and other daily realities of Israeli life,” stated U.N. Watch. “Resources devoted to anti-Israel propaganda are taken away from other worthy causes.”

The fifth, “Peaceful settlement of the question of Palestine,” passed 156 votes in favor, eight against and 12 abstentions. The United States, Israel Canada and Australia and four others voted against the measure, which solely blames Israel for no peace in the area.

The final resolution, “Committee on the Exercise of the Inalienable Rights of the Palestinian People,” was adopted 100 votes in favor, 12 against and 62 abstentions. The United States, Israel, Australia, Canada and Hungary joined several other countries to vote against the resolution.

This committee invited Temple University professor Marc Lamont Hill to speak on Wednesday, where he advocated for “a Free Palestine From the River to the Sea,” in addition to making other anti-Israel comments. Hill was fired by CNN as a contributor the next day.