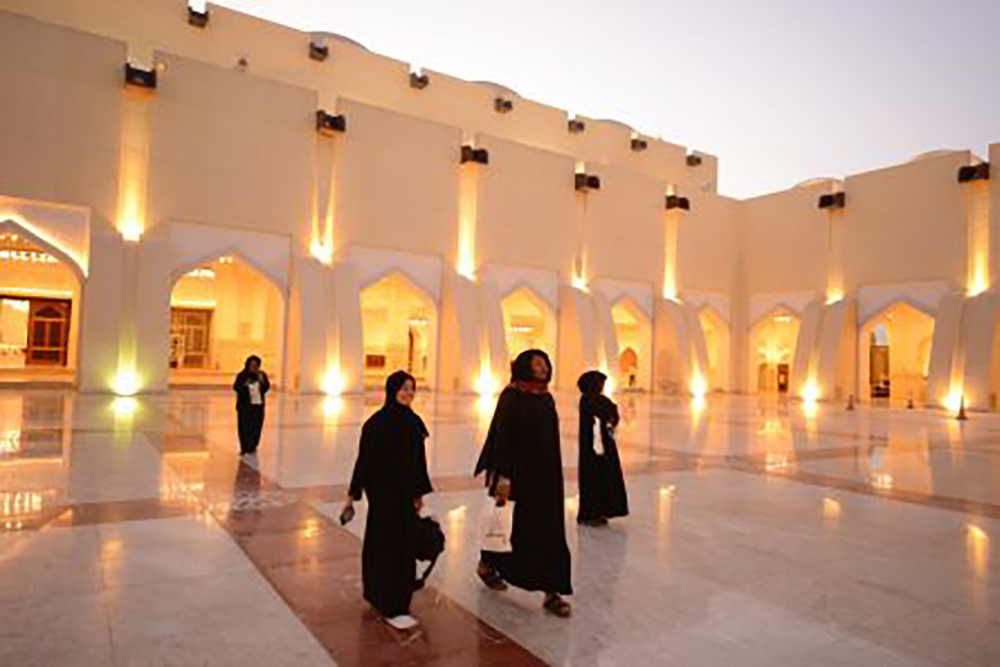 The nation of Qatar, a Sharia-law monarchy that has been accused of trying to influence other countries’ governments, gave $1 billion to elite American universities since 2011, according to Department of Education data.

Some universities have refused to discuss where strings are attached to that money. The Qatar Foundation, for example, filed a lawsuit against the Texas attorney general Oct. 12 to hide information about the $225 million Qatar has awarded to Texas A&M University since 2011.

The Qatar Foundation hired the politically connected powerhouse law firm Squire Patton Boggs for the suit, which was filed in response to a researcher’s public information request regarding the foreign funding.

The biggest recipient of Qatar’s educational funding, Georgetown University, repeatedly ignored requests from The Daily Caller News Foundation for basic information about the funding and whether it implicates academic independence.

Egypt, the United Arab Emirates and Bahrain have accused Qatar of meddling in other nations’ internal affairs as well as funding terrorism. Qatar also wields influence through its media group, Al Jazeera.

For a nation seeking sway over the U.S., Georgetown University would be a particularly tactical site of influence. Georgetown has received nearly $333 million from Qatar since 2011 — far more than any other U.S. school has received from any foreign nation.

Georgetown is situated in the seat of power, near the State Department, and its experts are frequently cited by groups shaping policy. In fact, the Jesuit Catholic university trains many of the United States’ future diplomats at its Walsh School of Foreign Service.

Its website notes that “At SFS, you can study with former Secretaries of State” and access “connections to diplomats from just about every country, and of course, the seat of the U.S. government. Our location gives SFS the extraordinary opportunity for us to engage (and sometimes even influence) the debates that lead to real action.”

Thanks to the Qatari funding, Georgetown and its foreign service program has an entire outpost in Qatar. “Georgetown University in Qatar (GU-Q) is an additional location of Georgetown University, based in Education City in Doha,” its website says. “The University offers a four year undergraduate program in international affairs leading to the Bachelor of Science in Foreign Service (BSFS) degree.”

The magnitude of liberal-leaning universities’ reliance on the foreign nation, a poster child for income inequality, provides a stark contrast. As U.S. college students clamor for university endowments to divest from fossil fuels, the schools take money from the oil-rich kingdom. As they rally for social justice causes, Qatar has a checkered human rights record.

Qatar has only 313,000 citizens, and 2.3 million foreigners dwelling there, many of them laborers serving the country’s elite, according to 2017 data.

Nepalese laborers died at a rate of almost one a day in Qatar, according to The Guardian.

“We were working on an empty stomach for 24 hours; 12 hours’ work and then no food all night,” one said. “When I complained, my manager assaulted me, kicked me out of the labor camp I lived in and refused to pay me anything.”

In Washington, professors of Islamic issues have engaged in activism. Jonathan A. C. Brown, a convert to Islam and the director of the Alwaleed bin Talal Center for Muslim-Christian Understanding at Georgetown, which Qatar rival Saudi Arabia funds, offered an Islam-based defense of slavery, concubinage and non-consensual sex.

“The Prophet of God had slaves. He had slaves. There’s no denying that,” he said in 2017 at an International Institute of Islamic Thought talk. “Was he — are you more morally mature than the Prophet of God? No, you’re not. I’ll answer your question for you.” (RELATED: Before Killing Of Journalist, Elite Universities Took $600M From Saudis)

Studying abroad forms a bond between U.S. students and Qatar and helps Qatari nationals learn about the U.S., according to marketing materials.

Meanwhile, college students have adopted a fondness for the Boycott, Divest and Sanctions to Israel movement.

The vast majority of funds from Qatar were contracts, the Education Department data shows, requiring Georgetown to do something in return for the money, unlike gifts.

Georgetown spokesman Matt Hill ignored questions from The DCNF about the strings attached to such funds and whether they could influence curriculum and would not provide the contract governing them.

The dean of Georgetown’s Qatar campus is Ahmad Dallal, who the Middle East Forum describes as “a long-time and enthusiastic supporter of the State Department-designated terrorist group Hezbollah. Dallal, who chaired Georgetown’s Department of Arabic and Islamic Studies from 2003 to 2009, is also pro-Hamas, pro-Boycott/Divestment/Sanctions (BDS) against Israel, co-author of an Arabic textbook whose maps omit Israel, and signatory of a letter warning that Israel would engage in ‘ethnic cleansing’ at the start of the Iraq war.”

The Zachor Legal Institute, which opposes the movement to sanction and boycott Israel, submitted a Freedom of Information request in May to Texas A&M (TAMU), a state university, for “a summary of all amounts of funding or donations received” from Qatar and a long list of proxies.

Most of the money to TAMU were contracts, not donations.

The Qatar Foundation’s high-powered lawyers intervened, arguing the relevant portion of the attorney general’s ruling “requiring release of all remaining information other than donor identity is incorrect and without force or effect.”

This is an action to prevent disclosure of confidential financial information concerning the relationship between QF and Texas A&M University … QF operates programs dedicated to education, science, and community development. It is responsible for funding much of the development in Education City, a hub for higher education outside Doha. … In addition to TAMU, Carnegie Mellon, Cornell, Georgetown, Northwestern, and Virginia Commonwealth University have all established campuses in Education City.

Marc Greendorfer, an attorney for the Zachor Legal Institute, responded to the Texas attorney general Nov. 8: “One of the Qatari entities that was the subject of our original request has taken the extraordinary step of taking the Texas Attorney General to court to suppress the information that we requested. Now, with the most recent attempt by TAMU to prevent public disclosure of information as to how Qatari entities are involved with a Texas public university, the intrigue grows, and we have to wonder what it is they are trying to keep from the public.”

TAMU and the Qatar Foundation did not return requests for comment.

It is also not the only involvement of Squire Patton Boggs with Middle Eastern countries. The same law firm also has a $100,000-a-month contract with Qatar’s rival Saudi Arabia for the kingdom to retain former Senate Majority Leader Trent Lott and former Democratic Louisiana Sen. John Breaux.

According to Foreign Agent Registration Act disclosures, it worked directly with Saud al-Qahtani, the same aide who allegedly organized the killing of a Washington Post columnist.