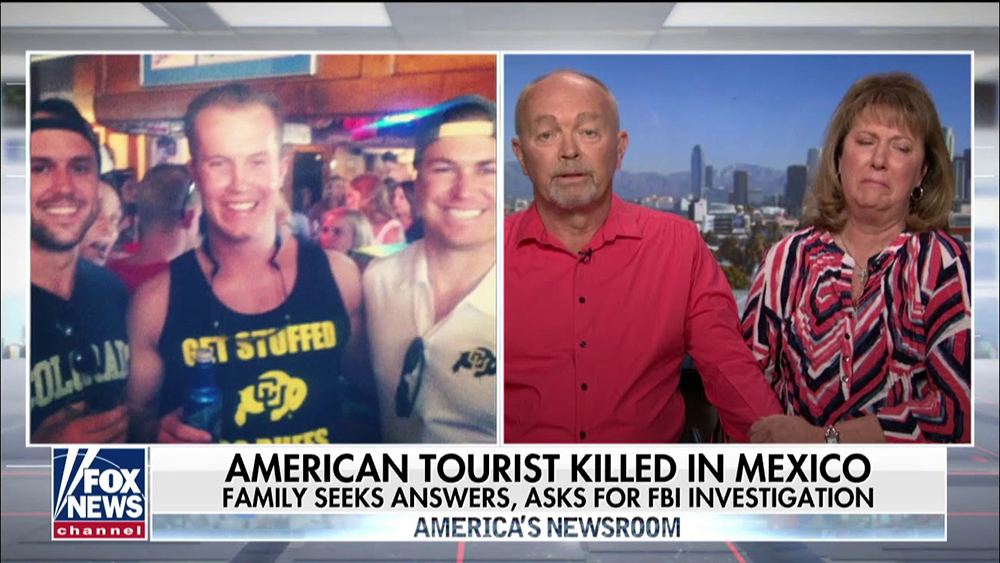 “Tatiana Mirutenko emerged happy from a bar in an upscale part of Mexico City after a night of dancing. Seconds later, the 27-year-old Chicago native was dead — hit by a stray bullet from two men on a speeding motorcycle,” read the tragic story in the New York Post. “Mirutenko, her husband and a group of friends had traveled to the sprawling metropolis of 21 million people to celebrate a delayed honeymoon and a first wedding anniversary in July.”

“In 2017 alone there were a staggering 953 homicides in Acapulco, a jump from 918 in 2016, the reported continued. “The violence was so dangerous the U.S. State Department warned Americans to stay away. Last year there were more than 35million visitors to Mexico. In October 2018 Mexico saw 688,000 visitors from the U.S., a seven per cent increase from the year prior. At the same time, the gut-wrenching stories of American tourists being viciously killed or targeted have surged.”

The problem of violence in Mexico thus far has no solution in sight. As the Council on Foreign Relations (CFR) reported, Mexico is home to one of the world’s largest and most sophisticated drug networks, as well as weak and corrupt law enforcement institutions. “Mexico’s drug-related organized crime groups began their expansion of operations in the late 1980s after the dismantling of Colombia’s drug cartels. In the absence of Colombian drug suppliers, Mexican cartels branched outside of their original roles as couriers for Colombian gangs to wholesalers.

“In order to increase their profits and influence, groups battle one another for territorial control,” CFR added. “In some cases they possess greater coercive force and governance capabilities than the often weak or corrupt local governments. In 2006, in partnership with the United States, former Mexican President Felipe Calderon launched an initiative to combat the cartels with military force. This significantly escalated violence and claimed thousands of lives, including civilians.”

Foreign Affairs magazine has opined that Andrés Manuel López Obrador, Mexico’s new president, faces the challenge of curbing criminal violence. “Last year, there were a record-breaking 25,339 murders in Mexico. Armed criminal groups and militias undermine security, particularly in the areas where the illegal drug trade dominates the economy. Local people, alienated from the state, face extortion and abuse but often still look to vigilante groups and criminal organizations for protection.

“López Obrador has promised to turn Mexico’s security situation around, largely by focusing on socioeconomic interventions to reduce crime,” Foreign Affairs continued. “He has proposed granting conditional amnesty to some accused criminals, and his administration will consider legalizing marijuana and licensing illegal poppy cultivation for the production of medical opiates.” He has also promised “to pull the military back from the policing functions it has increasingly assumed.”

“On his first full day in office, Mexican President Andres Manuel Lopez Obrador defended a plan to end lawlessness with a new national guard, an initiative that risks upsetting some supporters who favor a less militarized approach,” Reuters reported. “In a Sunday morning speech, Mexico’s first leftist president in decades continued to pivot from an emphasis during the campaign on peaceful reconciliation and even amnesty for some involved in the country’s grueling drug war to a more traditional approach defined by more soldiers and police.”

“We must adjust to a new era,” he said, flanked by generals at a military base in the capital, while emphasizing that his security policy will also respect human rights.

In the first phase of his plan, Reuters continued, “a 60,000-strong national guard force made up of army, navy and other federal police will battle crime while a constitutional reform will be pursued to cement the new strategy.”