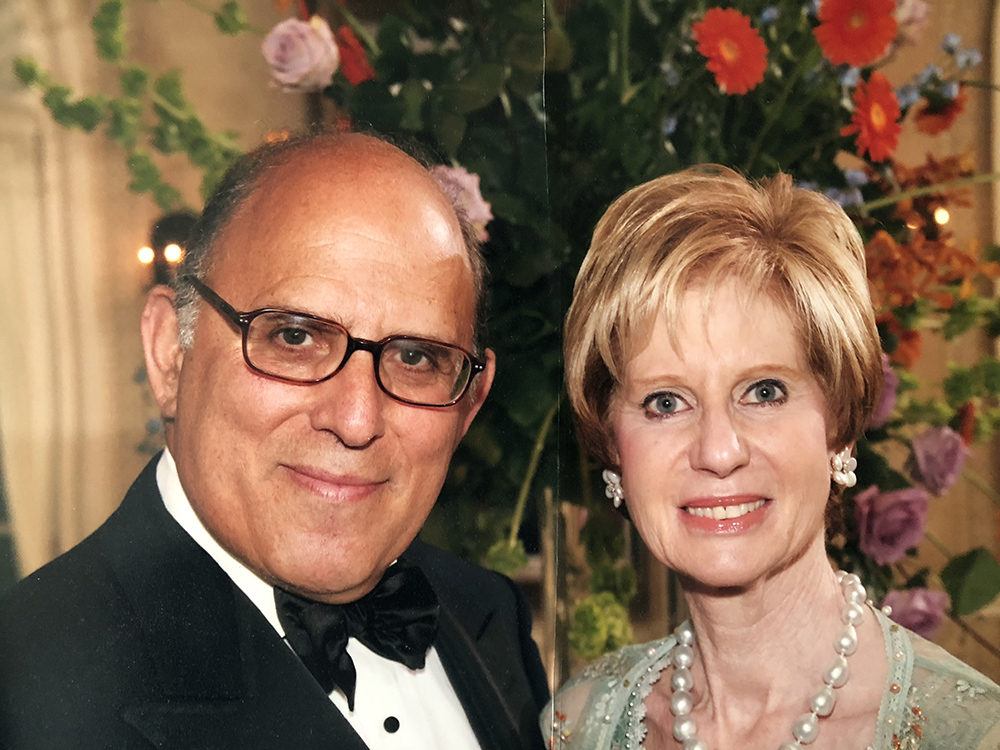 The Jewish Community Relations Council (JCRC) will bestow richly deserved honors to W. Stewart Cahn and his wife Sandy “in recognition of their lifelong leadership and dedication to the Jewish people” at their Winter Benefit to be held at the Museum of the City of New York

On Monday evening, December 3rd, the Jewish Community Relations Council of New York (JCRC) will hold its annual gala Winter Benefit Reception at the Museum of the City of New York. The premiere Jewish philanthropic organization this year will bestow richly deserved honors to W. Stewart Cahn and his wife Sandy “In recognition of their lifelong leadership and dedication to the Jewish people.”

The Jewish Voice had the privilege of speaking with the Cahns. It became abundantly clear these two distinguished individuals have not only unflinchingly devoted their lives to their people and other humanitarian concerns but have made Jewish survival and stalwart support for the State of Israel their personal mantra and mission in this world.

Sandy Cahn is a former UJA/Federation Women’s Chair in NY and also National Chair of United Jewish Appeal Women’s Campaign. She is a woman who has been at the forefront of Jewish activism through her assuming numerous leadership positions in a litany of esteemed Jewish philanthropic organizations.

As co-founder of the Limmud FSU International Foundation, Mrs. Cahn takes pride in having launched a worldwide Jewish education organization that focuses on giving young Russian-Jewish adults the opportunity to revitalize and restore Jewish learning and to strengthen Jewish identity in their communities. She co-founded Limmud FSU in 2006 with Chaim Chesler, former Treasurer of the Jewish Agency in Israel. Mrs. Cahn has seen Russian Jews “gravitate to their majestic heritage with tremendous enthusiasm because of their involvement with Limmud FSU programs around the world.”

Mrs. Cahn’s impressive credentials also include her role as co-founder of Women’s Executive Circle of Women’s Philanthropy at the UJA Federation and serves for many years on the board of directors of the Joint Distribution Committee (JDC). As an alumna of CUNY’s Queens College, (where she also received a Masters of Education degree), Mrs. Cahn served as a board member of Hillel International Foundation for Jewish Campus Life and was chairwoman of the board of Queens College and currently serves as board member of Hunter College Hillel. She is also currently Vice President of the National Yiddish Theatre Folksbeine and serves on the cultural organization’s Executive Committee.

“Along with my husband Stewart, I am humbled to be receiving this auspicious honor at the JCRC winter benefit. The JCRC’s mission has been and continues to include fostering the security of the Jewish people in Greater New York including Westchester and Long Island. JCRC support for Israel is manifested in their year-long activities and is topped off by their sponsorship of the annual Salute to Israel Parade held every June. As a pro-active central coordinating and resource organization for the Jewish community, JCRC serves as a creative advocate, strategic builder and progressive convener amidst the diverse population of New York,“ she said.

Stewart Cahn is President of Cahn Capital Corp., an investment banking firm he founded 29 years ago following retiring from Chemical Bank where he had a 28 year career. Cahn Capital primarily raises equity capital for early stage Israel technology companies. In that regard, Mr. Cahn also serves as an advisor for a number of fast growing digital health companies and assists them in becoming “all that they can be.”

Mr. Cahn says, “Early stage Israel digital health companies which we select to work with all have the potential to change the world. For example, an early stage Israel company, Voiceitt, for which Cahn Capital is their exclusive investment banker and has raised $8MM of equity in two rounds, enables people to speak who cannot speak through the use of any smart device, speech recognition, artificial intelligence, cloud computing, and a large voice database.

Each Israeli company is different in their own right and in the forefront of the burgeoning field of Israeli technology. They find a void which others do not recognize and fill that void. Engineering graduates of the Technion in Haifa all want to build their own companies. We invest early in each of the companies we take on and become a reliable and informed source for assistance, guidance and capital raising as they develop their technologies.”

As a JCRC board member for seven years, Mr. Cahn says, “the JCRC has established and maintains close relations with the New York City and State police as well as the FBI. Providing exceptional security services for synagogues, Jewish schools, hospitals, museums and community centers is a JCRC priority as they work with security forces who monitor terrorist cells. You must stay ahead of the proverbial curve as potential attacks could occur at any given moment, given the post 9-11 and Tree of Life climate in which we live. The Jewish community in the greater New York area is safer, thanks to the extraordinary efforts of the JCRC.”

In addition, Mr. Cahn observed, “If an issue pertaining to the Jewish community should arise or if something occurs that will impact the Jewish community, the 25-staff member JCRC has the ability to react immediately in fulfilling its mandate. Over their many years of existence, the JCRC has fostered wonderful relationships with the Mayor’s office, the City Council, the Governor’s office, local and Federal law enforcement agencies, and the Department of Homeland Security.”

Mr. Cahn stated the JCRC operates on an annual budget of $5MM with 30% funded by the UJA, with private donations the remainder. Approximately $1MM is allocated for the Salute to Israel Day Parade which annually has 40,000 marchers and a huge live audience plus the parade march is fully covered by a television contract.

Addressing outreach efforts on the part of the JCRC, Mr. Cahn adds the organization has outstanding contacts with such institutions of higher learning as NYU, Columbia University, CUNY colleges and other private schools as they help create dynamic leadership on these campuses. “The JCRC works with college presidents and important faculty members to help improve the relationship between Jews in New York (as well as the image of Israel) with the various student bodies across the city.” The JCRC also facilitates Israel education programs on college campuses. Says Mr. Cahn: “Once you have a solid and trusting relationship with the faculty you can make tremendous headway with students.”

Mr. Cahn acknowledges the Boycott, Divestments and Sanctions (BDS) movement has gained an ominous momentum on certain campuses. In order to successfully address the insidious propaganda spewed forth by such groups as the Jewish Voice for Peace (“JVP”), which is not Jewish and is not for Peace, he said the JCRC organizes special missions to Israel including educators, students, members of the City Council, religious and ethnic leaders in the Hispanic and Black communities.

“Chief among the priorities of the JCRC is effective image building through factual truth by directing missions to Israel that can help to dispel the canards about Israel. One can only grasp a genuine understanding of Israel’s position in the world by traveling there; seeing the country, speaking to its leaders and citizenry and imbibing its historical and cultural heritage,” said Mr. Cahn.

He is quite pleased to add that the JCRC played an instrumental role in persuading New York State Governor Andrew M. Cuomo to sign an executive order in June 2016 that unequivocally declares that supporting the BDS movement is illegal in the Empire State.

Mr. Cahn said that missions to Israel for clergy members and faith leaders are of paramount importance. “It is extremely noteworthy to mention that the JCRC is a strong leader and effective advocate in establishing relations between the African American and Hispanic communities with the Jewish community. JCRC sponsors special trips to Israel for leaders and members of New York based minority communities. By doing so, the JCRC has turned the tide of animus towards Israel and have learned that we share more in common than we share in differences.”

In addition to his leadership role at JCRC, Mr. Cahn served as Co-Chair for the Entertainment Division of the UJA-Federation of NY when he was a senior officer at Chemical Bank for the first 28 years of his career in their Banking and Corporate Finance Division specializing in Entertainment Industries banking and investment banking. He is a currently Co-Chair of UJA/Federation’s Banking and Finance Division, was a former board member of UJA/Federation and is a past chair of the Banking and Finance Division of State of Israel Bonds. Stewart is a graduate of Colgate University and holds an MBA degree in Finance from Cornell’s Graduate School of Business.