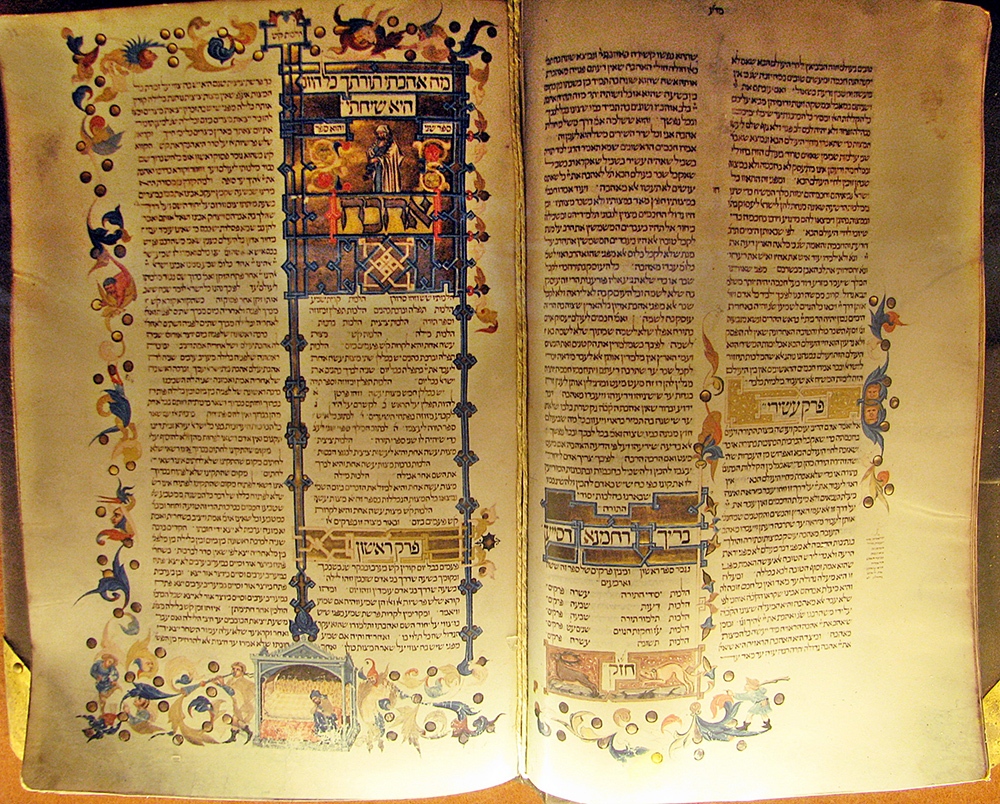 When I recall the great teachers I was blessed with over the course of my lifetime, I realize that one thing comes to mind: they were a diverse group. This eclectic group included the gentle man who introduced me to the study of Chumash, Bible, when I was in fourth grade; the seventh-grade teacher who inspired me to read great literature and to try my hand at writing; the Talmudic scholar who turned me on to rabbinic study when I was about 18 years old; and the devout Roman Catholic psychiatrist who was my mentor when I trained to become a psychotherapist.

What did they all have in common? They all were thinkers and intellectuals, each in his own distinct field. And they were all imaginative. They combined sechel with regesh, intelligence with emotion, information with creativity.

My fourth-grade teacher used pictorial materials, which he had personally designed using his own substantial artistic skills, to illustrate the Biblical stories we studied.

My seventh-grade teacher read to us as a reward at the end of a long day, made longer by the strain of a double curriculum. He read with great drama, moving us sometimes to tears and at other times to fits of laughter.

The rabbi who made Talmud study so exciting did so using stories of great Talmudists over the ages, employing vivid imagery to convey the meaning of the most abstract texts.

And my mentor taught us how to understand people. He especially taught us the importance of the dream. But he was not interested in the dreams of our patients. He was interested in our own dreams, and he insisted that we pay attention to our dreams as one way to know ourselves better, something which he considered an absolute requirement for an effective psychotherapist. “The way to cultivate the imagination necessary to know another person,” he would insist, “is to be aware of your own dreams and what they might mean.”

In this week’s Torah portion, Parshat Vayeshev (Genesis 37:1-40:23) we meet Joseph, the dreamer. He was not the first person in the Bible to dream. His great-grandfather Abraham dreamt and his father Jacob dreamt several times. But Joseph not only dreamt himself. He paid attention to the dreams of others: the chief baker and chief cupbearer in this week’s parsha, and King Pharaoh in next week’s parsha.

Jewish tradition has always revered the intellect. The paramount mitzvah in our religion is Talmud Torah, Torah study—an intellectual pursuit if there ever was one. We are proud of the towering geniuses in our history: Rabbi Akiva, who could “uproot mountains and grind them together” with the power of his intellect; Maimonides, who composed his commentary on the Mishnah while still in his teens and went on to write his magisterial code and his awesome philosophical treatise; the Gaon of Vilna, whose genius encompassed every aspect of Torah and extended into the fields of mathematics and astronomy.

But what about the imagination? What place does that have in our tradition? Is it suspect because it is not bound by reason? Is it acceptable but clearly secondary to rational thought? Is it in some way superior to the intellect?

The answer to these questions lies buried in the vast and daunting writings of two of our greatest philosophers: Maimonides, in his Guide to the Perplexed, and Rabbi Yehuda Halevi in his fascinating work, The Kuzari.

I can only briefly summarize the differing positions these two sages took on the subject of the koach hadimyon, the power of the imagination. I trust that the reader will understand that I am simplifying very complex ideas.

For Maimonides, reason is the essential quality of man. Intellect is all-powerful and all-important. Philosophical expertise is a prerequisite for spiritual achievement. The imagination, according to Maimonides, is clearly secondary. It is limited to the sensory world and cannot transcend it. It is inadequate when thought is required. Even the prophet, whom one would think exemplifies the imaginative person, is basically a philosopher blessed with an additional skill: imagination.

Rabbi Yehuda Halevi, on the other hand, sees the imagination in very positive terms. For him, it is an alternate way of perceiving the world and, in some ways, is a superior method of perception. The intellect can perceive the world of physical reality, whereas the imagination has access to spiritual reality, to the inyan eloki, the “God factor.” The prophet, according to Rabbi Yehuda Halevi, is essentially a mystic, not a philosopher.

At this point, the reader might be wondering about the relevance of these philosophic discussions to our everyday lives. It is here that I resort to yet a fifth great “teacher” that I was blessed to have. This teacher is the product of the decades I have amassed of working with people in the fields of education, psychology, and the pulpit rabbinate. After all, is not experience the best teacher?

Experience has taught me that our imaginations help us achieve some very important interpersonal goals. First of all, our imaginations enable us to put ourselves in the shoes of another person, to sense what he or she is going through. This is the skill of empathy, which is so essential if we are to get along with others. To be able to feel what another person is feeling requires an active imagination. Too often, we are limited in our ability to empathize with another because we only know our own feelings and reactions and fail to comprehend that the other has different feelings and different reactions, even to the very same circumstances.

Imagination is not only important if we are to get along with others. It is also necessary if we are to succeed in life, for success requires the ability to envision new possibilities and creatively discover the options that are available in challenging circumstances. Problem-solving cannot be done with intellect alone. Flexibility and creativity and an imaginative vision are absolutely essential counterparts.

What made Joseph great? He was, as we will read next week, a chacham and a navon, a wise and discerning man. But he was also, as we read this week, a dreamer who could inquire empathically after the wellbeing of his fellow prisoners and ask them, “Why are you so downcast today?”

It was his imaginative capacity that allowed him to develop new options and to plan to avert the famine which threatened to annihilate the entire then-known world.

Joseph’s role in the history of our nation is as a model of the exquisite blending of intellect with imagination. This balance is required of all of us if we are to understand each other, if we are going to succeed in life, and if we are to personally experience personal growth.

Joseph’s example is one that we are challenged to emulate and which we are assuredly capable of following in our own lives.