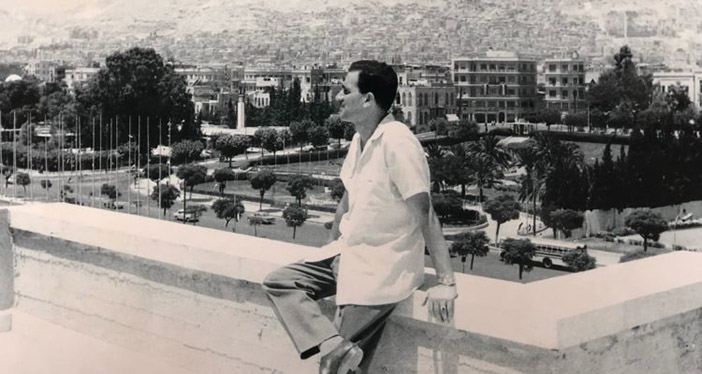 Nadia Cohen, the widow of legendary Mossad spy Eli Cohen, addressed Syrian President Bashar al-Assad directly and begged him to release her husband’s remains, which are buried somewhere in his country.

Speaking at the first International Multidisciplinary Conference on the Treatment of War Injuries at the Galilee Medical Center in northern Israel on Tuesday, Cohen beseeched Assad to “release Eli, release his bones…I’m 83 years old, see us differently, forgive.”

“When my mother-in-law died, I wept and said she had not been able to see her son laid to rest,” Cohen recalled. “Forgive, extend your hand, and give us the grave … so we can be at peace, and he [Eli] will feel that he is in his own land,” she said, according to Israel Hayom.

She revealed that 18 years ago she had tried to persuade the Assad regime to release her husband’s remains.

“I corresponded with Bashar … and we sent pictures of my children, my grandchildren, so he would take pity and soften his heart about releasing the body. I was happy when he wrote that it would happen ‘when the time was right.’ Even those two words were a comfort,” Cohen said.

“I hope that this time you will give us a different answer. I am extending my hand in peace,” Cohen said.

Eli Cohen is remembered as one of Israel’s most daring spies who was successful in infiltrating Syria’s highest political and military echelons, thus providing Israel with an ongoing stream of intelligence.

He operated under the alias of Kamal Amin Ta’abet from 1962 until his exposure and execution on May 18, 1965, when he was hanged in Martyr’s Square in Damascus. The execution was shown on television around the world.

Cohen’s profound influence on Syrian officials helped Israel beyond measure. For instance, he suggested that the Syrians plant trees on the Golan near each of their fortifications. Based on the eucalyptus trees, Israel knew their exact location and were therefore able to better maneuver during the Six Day War.

The Mossad was recently successful in returning Cohen’s wristwatch to the Jewish state.

During the annual Mossad memorial ceremony for Eli Cohen in May, Mossad Director Yossi Cohen presented to Cohen’s family the wristwatch that he wore during his mission in Syria.