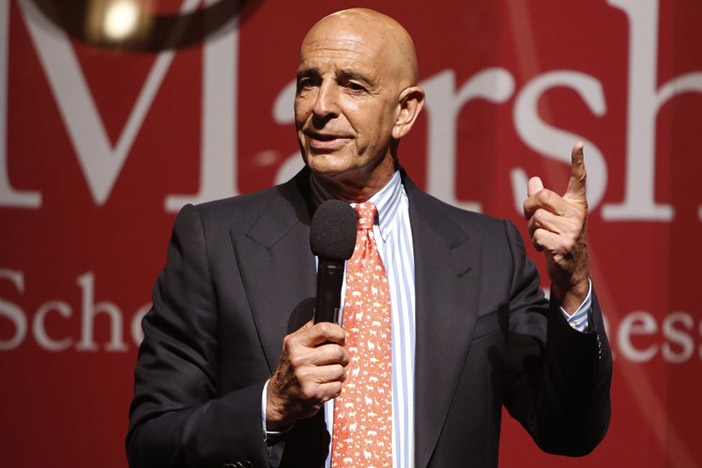 When business is good partners get along fine. It’s when business slows that shareholders blame each other and conflicts ensue. Well, get ready for some feuds. Rising interest rates have been taking their toll on most Real Estate firms, as most of them depend on loans to purchase and hold their assets. Manhattan real estate investment trust Northstar Realty Europe Corp is one such company. Its second largest shareholder, Senvest Management, a New York hedge fund, sent a letter to the company board last week, attacking Northstar’s largest shareholder, Colony Capital. Colony, a big real estate investment firm chaired by Thomas Barrack, one of President Donald Trump’s most outspoken supporters in the business community, is the largest shareholder with an 11 percent stake in Northstar.

Barrack addressed the 2016 Republican National Convention, and he was chairman of Trump’s inaugural committee. Last year he tried to buy the Weinstein Co. after Harvey Weinstein’s scandal, but the studio filed for bankruptcy, according to a report in Crain’s.

Barrack’s Colony Capital is having a bad year, posting more than $160 million in losses in the first half and cutting its dividend by more than 50%. Management has described its problems as hiccups related to two mergers last year, according to the Crain’s report.

Fortunately for Colony, it can make money from Northstar Realty Europe in a way other shareholders can’t: by collecting fees for managing Northstar’s day-to-day operations.

Senvent is accusing Colony of extorting the company and is demanding the Northstar Realty board to take action. As reported by Crain’s NY, the hedge fund says that because Colony is collecting fees for managing Northstar’s day-to-day operations, that shareholder holds an “obvious” conflict of interest. Senvent notes that the REIT trades at a 40% discount to its net asset value, mainly because it is spending so much on management fees. Colony made $14 million in fees last year for managing the company.

“Even if [the company] were to eliminate all internal expenses, the management fee alone would … still [be] well above” the rate paid by peers, said Senvest. Senvest wants Northstar to slowly sell its assets to take advantage of the hot market prices. It holds the office properties should be sold, but over many months, so that Colony will not be able to collect even higher fees.