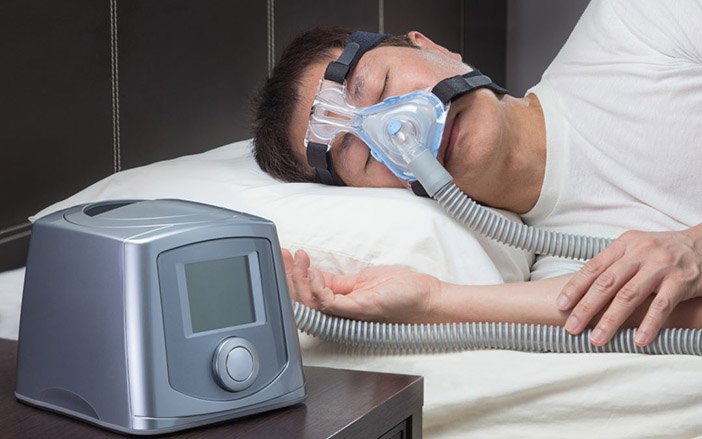 Sleep apnea is a known risk factor for stroke, and new research suggests that curbing the condition might also aid the recovery of people who’ve suffered a stroke or mini-stroke.

“That’s a substantial clinical effect,” she said. “The added good news for stroke patients is that CPAP has been used as a sleep apnea therapy for many years, and it has an excellent safety record.” Bravata is a research scientist with the Regenstrief Institute and Roudebush VA Medical Center in Indianapolis.

According to the researchers, sleep apnea is common among people who’ve had a stroke or mini-stroke, but few are currently diagnosed and treated for the condition. It’s estimated that two out of three stroke patients are thought to have the condition, which causes irregular breathing during sleep. Sleep apnea can lead to low oxygen levels, high blood pressure and an irregular heartbeat.

In the new study, Bravata’s group tracked outcomes for 252 people who had experienced a stroke or mini-stroke (known as a transient ischemic attack, or TIA) for up to one year. Patients were treated at one of five different hospitals in two states.

The patients were randomly divided into three groups: a control group who received standard care without sleep apnea treatment; standard care plus CPAP therapy; or enhanced care with CPAP therapy. Patients who used CPAP did so for an average of 50 percent of nights.

The researchers reported that 59 percent of patients who received CPAP therapy showed marked improvement in their recovery, in terms of improvements in neurological symptoms. This compared with 38 percent of those who didn’t get CPAP.

Timing of therapy may be key, as well, the study authors said.

“Preliminary data suggests the sooner you treat sleep apnea in stroke patients with CPAP, the more potent the effect of that treatment,” Bravata said in a Regenstrief news release.

“Usually, diagnosing sleep apnea is an outpatient service. But we need to make sleep testing acutely available to stroke and TIA patients in the hospital as part of their work-up,” she said, “just as we do brain imaging, lab testing and cardiac monitoring as part of the initial stroke/TIA evaluation.”

“This study is very interesting — it shows that a simple intervention, treating obstructive sleep apnea, can improve outcomes in stroke patients,” said Dr. Andrew Rogrove. He is director of stroke services at Northwell Health’s Southside Hospital in Bay Shore, N.Y.

The findings were published earlier this month in the Journal of the American Heart Association.