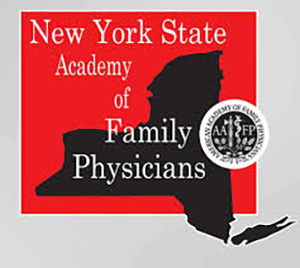 Since the new position by AAFP, the second largest component society of the AMA with more than 131,400 members, is at odds with the 1993 AMA Code of Medical Ethics Opinion 5.7 opposing “assisted suicide,” the resolution required a two-thirds supermajority vote to approve it. AAFP delegates approved the resolution, which combined resolutions introduced by the New York State, California, New Mexico, and Washington AAFP chapters, by voice vote with no objections.

“As family physicians, we care for our patients in all stages of their lives, including the end of their lives, so we are sympathetic to the pain and suffering they endure,” said Dr. Marc Price, an AAFP delegate and president of the New York State Academy of Family Physicians, which formerly opposed medical aid in dying, then adopted a neutral position and now supports it. “In our opinion, we should have the ability to utilize all palliative care resources that are available to comfort them, including medical aid in dying.”

Since 2017, medical aid-in-dying bills have been introduced in 27 states, including New York’s Medical Aid in Dying Act (S.3151/A.2383). This medical practice has been authorized in Washington, D.C., and seven states: California, Colorado, Hawaii, Montana, Oregon, Vermont, Washington and California. Collectively, these jurisdictions represent nearly one out of five Americans (19%) and have 40 years of combined experience safely using this end-of-life care option.

According to a 2016 Medscape online survey, more than 7,500 doctors from over 25 specialties agreed by nearly a 2-1 margin (57% vs. 29%) that “physician-assisted dying [should] be allowed for terminally ill patients.”

“The action taken allows the AAFP to advocate for engaged neutrality on this subject at future AMA House of Delegates meetings,” said Michael Munger, MD, president of the AAFP. “Our bylaws state any resolution that differs from the AMA Code of Ethics requires a two-thirds vote of the AAFP Congress of Delegates. This resolution passed by that majority. Through our ongoing and continuous relationship with our patients, family physicians are well-positioned to counsel patients on end-of-life care, and we are engaged in creating change in the best interest of our patients.”

“As a former delegate for the American Academy of Family Physicians, I am proud that the organization has adopted a position of engaged neutrality to ensure its members can advise terminally ill patients about all end-of-life care options and provide them,” said Compassion & Choices National Medical Director Dr. David Grube, who was honored as Family Physician of the Year by the Oregon Academy of Family Physicians in 1986 and Oregon Medical Association Doctor Citizen of the Year in 2009. “I believe many AMA constituent societies will follow suit, so it is only a matter of time before the AMA does as well.”

“By supporting the AMA’s opposition to medical aid in dying, some members feel the AAFP is telling them that they are unethical,” concludes the resolution. “Overall, the testimony provided in the hearing supported development of an AAFP position of engaged neutrality toward medical aid in dying as a personal decision made by the patient in the context of the physician-patient relationship … the American Academy of Family Physicians [sic] reject the use of the phrase ‘assisted suicide’ or ‘physician-assisted suicide’ in formal statements or documents and [sic] direct the AAFP’s American Medical Association (AMA) delegation to promote the same in the AMA House of Delegates.”

Last June, the AMA House of Delegates voted 56 to 44 percent to reject a report by its Council on Ethical and Judicial Affairs (CEJA) that recommended the AMA maintain its Code of Medical Ethics’ opposition to medical aid in dying. Instead, the House of Delegates referred the report back to CEJA for further work.

In fact, the CEJA report implicitly acknowledged that medical aid-in-dying laws improve end-of-life care by spurring conversations between physicians and terminally ill patients about all end-of-life care options, such as hospice and palliative care:

“Patient requests for [medical aid in dying] invite physicians to have the kind of difficult conversations that are too often avoided. They open opportunities to explore the patient’s goals and concerns, to learn what about the situation the individual finds intolerable and to respond creatively to the patient’s needs…” the report concluded.

Compassion & Choices is the nation’s largest nonprofit organization working to improve and expand healthcare options for the end of life. For more information, visit CompassionAndChoices.org