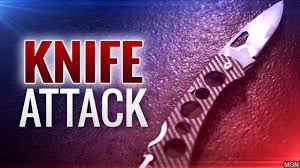 Dutch authorities have told media outlets that the man suspected of having a “terrorist motive” when he stabbed two American tourists in Amsterdam was still being interrogated Sunday.

ABC News reported that the suspect was identified as 19-year old Jawed S. Authorities claim that he was responsible for the stabbings on Friday in the busy main railway station of Amsterdam.

Police quickly responded and shot the suspect in the lower body. He was wounded by survived the shooting.

Officials have said that the suspect is in possession of a temporary German residence permit and was in the process of obtaining a permanent one. The suspect’s apartment was raided on Saturday and German police removed several suspicious electronic devices that will be sent to authorities in Holland for further investigation.

Officials have told ABC News  that the suspect, Jawed S will have a brief, closed hearing on Monday in front of the investigative judge, as well as police and prosecution. He will not be asked to plead, they said.

“In general, the investigative judge might decide to leave the suspect in custody for the next two weeks, so that the investigation continues,” Justine Osbroek, Dutch prosecutor in Amsterdam, told ABC News. “Two weeks later, the court will decide whether to extend the detention for 30, 60 or 90 days.”

Speaking to the media, the US ambassador to the Netherlands, Pete Hoekstra said that the two Americans injured in the attack have not been identified. He added on Saturday that  the injured Americans were tourists visiting the city.