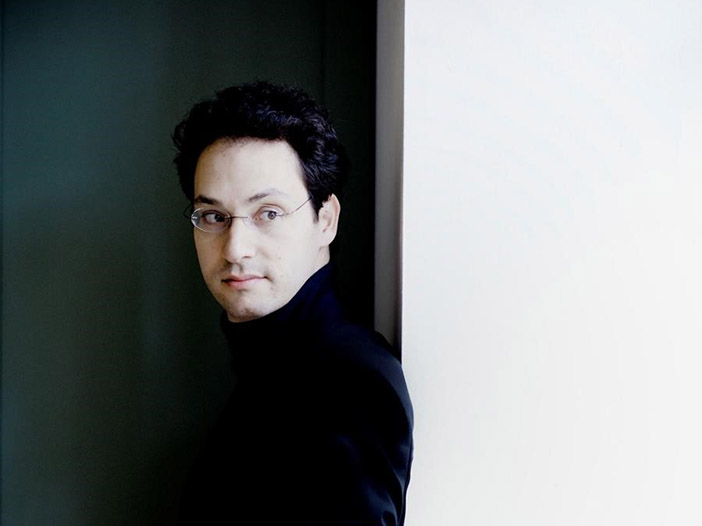 Concerts include performances with:

Returning to New York after his recital series of Schubert sonatas last spring, pianist Shai Wosner takes the stage with friends and colleagues in four chamber performances across the city—one each month from October to January. Throughout his career, he has embraced chamber music as an essential aspect of his artistry, to be pursued alongside performance as a soloist in recital or with orchestra. Now, this season, New Yorkers have the opportunity to experience his passion for chamber music over several different programs, all within a short window of time this fall and winter. The music of Gabriel Fauré (1845-1924) is featured most prominently, including works written for duo, trio, quartet, and quintet ensembles. Additional composers on the programs are Cécile Chaminade, Schumann, Mozart, and contemporary American composer William Bolcom, who this year celebrates his 80th birthday.

At Alice Tully Hall on Sunday, October 21 at 5:00 p.m., Mr. Wosner and the Grammy Award-winning Emerson String Quartet perform Mozart’s Quartet in E-flat major, K. 493 for piano, violin, viola, and cello, and William Bolcom’s Quintet No. 1 for piano, two violins, viola, and cello, composed in 2000. This repertoire reflects Mr. Wosner’s penchant for eclectic musical pairings that span styles and centuries. The concert is presented by the Chamber Music Society of Lincoln Center, whose CMS Two program counts Mr. Wosner among its alumni. He and the Emerson String Quartet repeat this recital program, which also includes Dvořák’s String Quartet in G major, Op. 106, on October 22 in Athens, GA.

On Monday, December 10 at 6:30 p.m., Mr. Wosner is joined by violinist Laura Frautschi and cellist Steven Isserlis at the midtown showroom of fine-instrument dealer Tarisio, where they perform Chaminade’s Capriccio for violin and piano, Op. 18; Schumann’s Romances, Op. 94; Fauré’s Romance for cello and piano, Op. 69; and Fauré’s Piano Trio in D minor, Op. 120. The performance is part of the Orpheus Chamber Orchestra’s Twilight at Tarisio concert series, which focuses on salon-style chamber music performed on rare instruments in Tarisio’s collection.

After the New Year, Mr. Wosner performs with musicians of the Brooklyn Chamber Music Society at First Unitarian Church (119 Pierrepont St. in Brooklyn) on Friday, January 18 at 8:00 p.m. He joins them in three pieces by Fauré—Romance and Après un rêve for cello and piano, and the Quintet for piano and strings in C minor, Op. 115, No. 2. His fellow musicians are violinists Margaret Batjer and Carmit Zori, violist Dimitri Murrath, and cellist Sally Pendlebury. The program also features Mieczysław Weinberg’s Trio for strings, Op. 48.

In addition to his chamber collaborations in New York this season, Mr. Wosner embarks on a duo-piano tour with fellow CMS Two alumnus Orion Weiss to six cities around the U.S., including Washington, DC at the Kennedy Center performing works by Brahms and David Lang. Mr. Wosner’s past chamber music highlights include his series The Schubert Effect, in which he was joined by the Parker Quartet; collaborations with violinist Jennifer Koh, including the Bridge to Beethoven commissioning project and a recording of works by Central European composers; and a recording of Beethoven’s complete works for cello and piano with Ralph Kirshbaum.

Pianist Shai Wosner has attracted international recognition for his exceptional artistry, musical integrity, and creative insight. His performances of a broad range of repertoire—from Beethoven and Schubert to Ligeti and the music of today—reflect a degree of virtuosity and intellectual curiosity that has made him a favorite among audiences and critics. A frequent recitalist, concerto soloist, and chamber musician, Mr. Wosner is known for imaginative programming that links music of widely divergent styles and eras. He is a recipient of Lincoln Center’s Martin E. Segal Award, an Avery Fisher Career Grant, and a Borletti-Buitoni Trust Award—a prize he used to commission Michael Hersch’s concerto Along the Ravines, which he performed with the Seattle Symphony and Deutsche Radio Philharmonie.

In addition to his chamber performances in New York, Mr. Wosner has upcoming engagements with orchestras including the Detroit, Jerusalem, and Toronto Symphonies, and he also continues his career-long, critically acclaimed engagement with Schubert’s music both in recital and on record. He performs his recital series Schubert: The Great Sonatas, which surveys the composer’s last six piano sonatas, at the Konzerthaus in Berlin, as well as across the U.S.—from Berkeley to Cambridge, MA. His next recording, to be released by Onyx Classics in spring 2019, features four Schubert sonatas and will complete his recorded cycle of the “great sonatas.”

Still Stuck at Home? Play These Israeli Board Games